The Fallout 4 patch 1.3 release date is finally here for console. With a full change log in tow we want to take a look at the most important things to know about the Fallout 4 1.3 update for PS4, Xbox One and PC.

In January, Bethesda confirmed a February Fallout 4 patch 1.3 for the PC with a release into beta on Steam. The 1.3 beta allowed anyone with a copy of Fallout 4 for PC to try out the early version of the update ahead of its public release date.

Last week Bethesda finally gave us the sign we, and many others, were looking for and the update is now available in limited form. 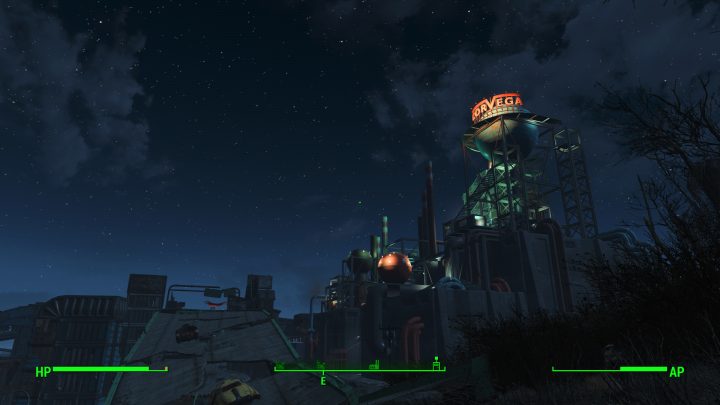 The Fallout 4 1.3 update is here and today we want to go over the most important things PC, Xbox One and PS4 users need to know about its features, bug fixes and the Fallout 4 patch 1.3 release date.

This is the biggest update yet for Bethesda’s latest game and it’s one that you should have on your radar this week.

The Fallout 4 patch 1.3 is now available for all PC users through Steam. The update will download automatically if you have that feature turned one.

Steam users are seeing a 94MB download through Steam so it should be a quick install for most Windows users.

If you’re using a slow connection, it might be a good idea to plug your ethernet cord into the back of your computer.

The Fallout 4 patch 1.3 is finally live for console and Bethesda has released it for the Xbox One and PS4 on the same day.

In an announcement this morning, the company confirmed the release and those who own an Xbox One and PS4 can now download the new software and its changes. If you have automatic updates turned on, you should be good to go when you fire up Fallout 4 next.

We’ve confirmed the Xbox One Patch 1.3 size and it checks in at over 500MB (530MB) meaning it could take some of you awhile to download it. (Users are saying that the PlayStation 4 1.3 patch is over 500MB as well.)

To see what version of the game you’re on, go to Settings > Display and then check in the corner of the screen.

The Fallout 4 1.3 update comes with more than just bug fixes and tweaks. Let’s start with one of the biggest changes to console.

Bethesda has significantly increased “object fading distances” on the PlayStation 4 and the Xbox One. Here’s how this change will look when you fire up the game with 1.3 on board:

The PC version of the 1.3 patch comes with some new features including a new ambient occlusion setting  dubbed HBAO+.

NVIDIA’s posted a complete run down of the big changes to Fallout 4’s graphics in 1.3. Here’s how the company describes the addition of HBAO+:

In the screenshot below, note the deeper, richer shadowing around every window and building edge; the prominent and realistic shadowing around vehicles; the shadowing that enables you to discern tufts of grass and smaller pieces of foliage; the new shadowing on building interiors; the shadows in the crater that enable you to see the different height and depth of terrain features; and the screen-wide ambient occlusion shadows that are visible even in the very back of the scene, most visibly under the highway. 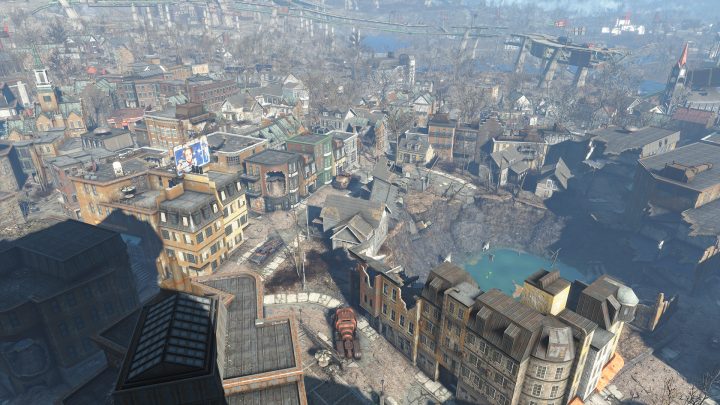 The 1.3 patch also comes with a new menu that will help you better delegate tasks to settlers inhabiting your various settlements. You can get a feel for that change below.

If you need more detail, the following image should help as well:

NVIDIA’s also gone into detail about these changes and how the changes differ from the weapon debris effects in 1.2:

Currently, if you shoot a wall or other surface with a weapon in Fallout 4, small debris particles are emitted from the bullet hole or weapon impact point before fading in mid-air. Similarly, if you shoot a soft surface and leave a crater a plume of dust and dirt is kicked up before quickly vanishing. With Weapon Debris enabled chunks of actual debris are rendered, and persist in the scene. In addition, these particles can be manipulated by player, NPC and enemy movement, and explosions, which send debris flying throughout the scene.

You can also see this in action in the video below:

There are also two other features included in the Fallout 4 1.3 patch. One of them is PC only which is noted in parentheses. They include:

As we move away from the Fallout 4 release date, Fallout 4 problems continue to plague PC, Xbox One and PS4 users. The Fallout 1.3 patch aims to squash some of these lingering issues.

This is the biggest Fallout 4 update yet and it includes a laundry list of fixes for gameplay, quests, and workshops. Here is the full list:

As expected, the Fallout 4 1.3 patch is causing problems for some PC owners.

We expect Xbox One and PS4 users to run into problems as well. Console owners will want to take a look at current problems and potential fixes for those problems. 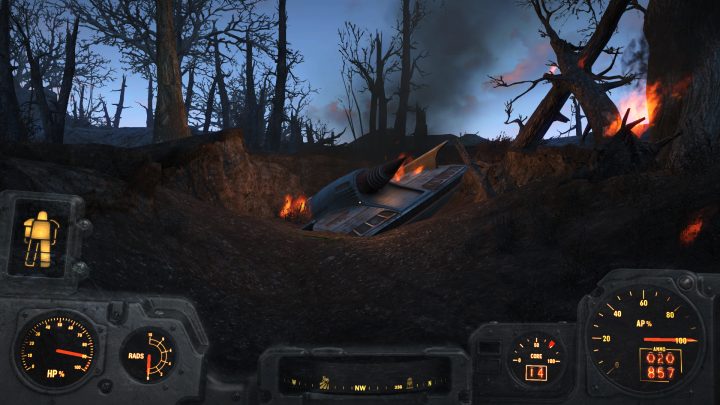 Gamers are encouraged to report feedback about Fallout 4 problems with this update as they see them so that Bethesda’s engineers can work on fixes for upcoming patches. To do that, you’ll want to head right here.

If you run into a problem with your game after installing the 1.3 patch, there’s a good chance you’ll find a fix for your issue in our collection of fixes for common Fallout 4 problems.

AMD has released a hotfix for a Crossfire problem that emerged immediately after the 1.3 patch release for the PC.

The AMD Radeon Software Crimson Edition 16.1.1 Hotfix change log can be found here. The company notes that it fixes an issue where “flickering may be experienced at various game locations with the v1.3 game update and with AMD Crossfire enabled.”

AMD says that it’s still working to resolve two other problems including an issue where “foliage/water may ripple/stutter when game is launched in High/Ultra settings mode” and another where “thumbnails may flicker or disappear while scrolling the Perk levels page.”