Installing the iOS 12 beta could take 30 minutes, or longer, depending on your skill level and device.

Update: This guide is for the iOS 12 beta. For information about how long the official version of iOS 12 takes to download and install, please see our new guide.

The first three iOS 12 betas come with many of the features planned for the final release this fall including upgrades to Do Not Disturb, Photos, and Notifications. It’s a tempting download with the final release still weeks away, but it’s not for everyone.

Apple’s iOS 12 beta is a sizable download, more than 1GB for compatible iPhones and iPads, and it will likely take you longer (in some cases a lot long longer) to download than an official version of iOS.

If you decide to try the iOS 12 beta on your device, be prepared to spend time downloading, installing, and testing the software for issues. If you haven’t signed up for the developer program or the Beta Software Program, you’ll need to spend time doing that as well.

We can’t tell you exactly how long the iOS 12 beta will take on your device. Mileage will vary from person-to-person, device-to-device, depending on your skill level and your current version of iOS.

That said, we can help you approximate how much time you’ll need to spend installing iOS 12 on your iPhone, iPad, and iPod touch.

If you’ve prepared yourself and your device for the download, it shouldn’t take more than 30 minutes to complete. If you’re starting from scratch, it could take an hour or more.

Assuming you’ve already signed up for the appropriate beta (developer or public), you’ll now want to spend some time preparing yourself and your device for the download.

Preparing for the iOS 12 beta could take some of you as little as 10 minutes. For others, particularly those who want to be as careful as possible, it could take 30 minutes or much longer.

Before you download iOS 12 beta you might need to sync your device and/or backup your important files. This could take awhile if you store a ton of data on your iPhone, iPad, or iPod touch.

You also might check in with your IT department, dig into feedback from iOS 12 beta users, or spend some time bookmarking fixes for potential iOS 12 beta problems.

We’ve put together an iOS 12 beta pre-installation guide and it’ll walk you through steps to take before you initiate the download on your primary or secondary device.

You don’t need to follow every step, but we recommend backing up your data at the very least. Data loss issues are rare, but you’ll want to have some peace of mind going into the download.

The download size for our iPhone 7 running iOS 11.4 was 2GB+. If you’re moving from an older version of iOS 11, you’ll be looking at a 2GB+ download as well.

If you’ve a high-speed Wi-Fi connection at home, your download could take three minutes (or less depending on the connection) to finish up.

If you’ve been through the beta installation process before, you should be able to get the software up and running in about 10-20 minutes or so. It took 15 minutes to install the initial public beta on our iPhone 7.

If this is your first time installing a beta, it could take a bit longer. Note, the public beta is a little easier to install than the developer beta. 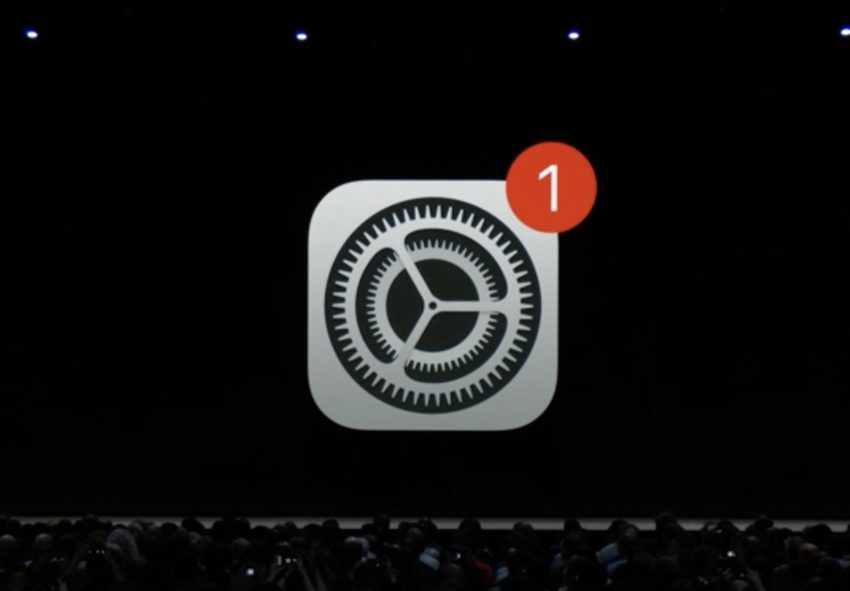 Once you become an Apple developer or you have the iOS 12 beta profile installed on your device, you can find the firmware waiting for you in the Software Update section of your Settings.

Tap Install and the beta will automatically start installing on your device provided you’ve cleared out enough space for the install to go through.

Note that your device might reboot once or twice during the installation process. This is perfectly normal and shouldn’t have any impact on your installation.

If you’re moving from the second public beta to the third public beta, you can expect the installation to take around five to six minutes. That’s what we encountered on our iPhone 7.

For more on the iOS 12 installation, take a look at our walkthrough. It’ll take you step-by-step through the correct way to go about the installation process.

Once you get iOS 12 beta up and running, you might need to spend some additional time logging back into iCloud and/or your various apps and services. There’s a chance the installation will have logged you out.

You’ll also want to check on all of your important files and make sure everything is still there. We also recommend using your core applications to ensure they’re working properly with iOS 12 beta.

Apps, particularly third-party apps, have a tendency to run poorly on beta software so you’ll want to ensure that your most important services are useable before continuing on.

This shouldn’t take you longer than 10 minutes or so. If you feel comfortable, start poking around the iOS 12 beta for new features and problems. If you stumble onto a bug, make sure you report it to Apple so it can get to work.