iPhone SE 2 vs. iPhone SE: 7 Things You Need to Know

If want an iPhone, but aren’t particularly interested in a big screen, you’ve got a few options. You could find a cheap iPhone 5 or iPhone 5c on the resale market, but we don’t recommend that. The devices are stuck on iOS 10 and performance started to drag for many users on iOS 10.3.3.

The iPhone 5s might be tempting. It’s cheap and it runs iOS 11. Problem is, it probably won’t get iOS 12. If that happens, it’ll miss out on the next big batch of features, security updates, bug fixes, and new emojis.

That leaves upgraders with two legitimate options, the current iPhone SE (if you don’t already own it) and the rumored iPhone SE 2. 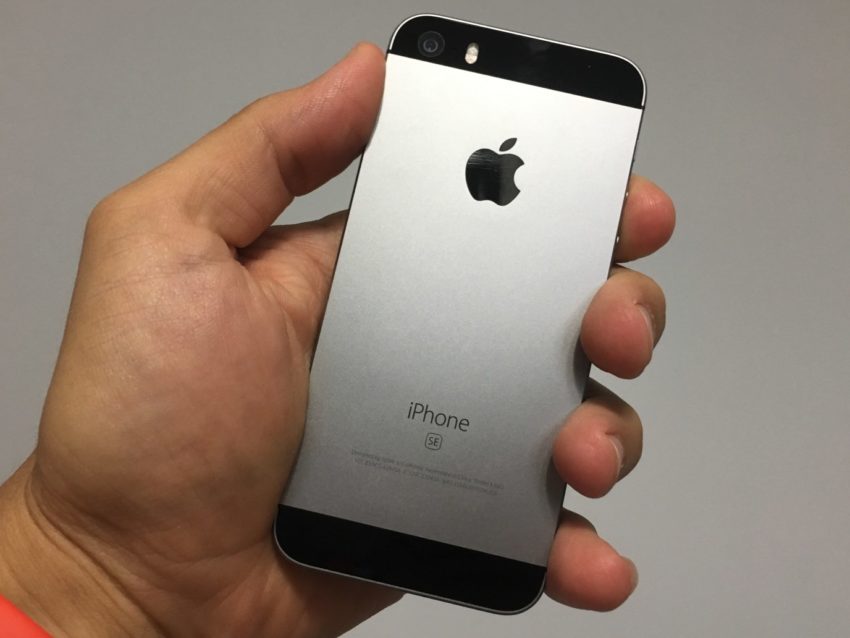 iPhone SE 2 rumors have swirled for several months and release date rumors point to one of three potential windows for the highly anticipated device.

Nothing is confirmed, but today we want to take upgraders and iPhone SE users through everything we currently know about the iPhone SE 2 release date, price, features, and more. We’ll help you get caught up and set proper expectations as we close in on the first window.

When Can You Upgrade to the iPhone SE 2?

If you’re looking to upgrade your current device, be it the iPhone SE or something else, to another small screen iPhone, you might get your shot this year.

iPhone SE 2 rumors have repeatedly pointed to a launch in 2018. That said, a majority of these rumors come from supply chain sources and publications with hit-or-miss track records like Digitimes. So it should come as no surprise to learn iPhone SE 2 release date rumors are all over the place.

While they agree on a release in 2018, they can’t agree on a window. Some sources claim the iPhone SE 2 will launch in Apple’s spring launch window while others claim the device will arrive around WWDC 2018.

The lone credible source on the subject, well-respected KGI Securities analyst Ming-Chi Kuo, casts doubt on these iPhone SE 2 rumors and claims Apple doesn’t have enough “development resources” to get a new iPhone SE out this year.

If it’s somehow able to get a device out this year, Kuo believes the launch will come later in the year, around the time Apple launches its new iPhone 11. So what does this mean for those of you looking to upgrade?

It means you can’t count on Apple to deliver a new iPhone SE in 2018. There are plenty of reasons to wait for a potential launch, but many of you should start looking at alternatives.

The iPhone SE’s outward appearance is nearly identical to the iPhone 5s. It’s a solid design, but its become outdated with the introduction of the iPhone X and iPhone 8. The iPhone SE 2 could change that.

As of right now, the iPhone 8, iPhone 8 Plus, and iPhone X are the only iPhones capable of charging on a wireless charging dock. 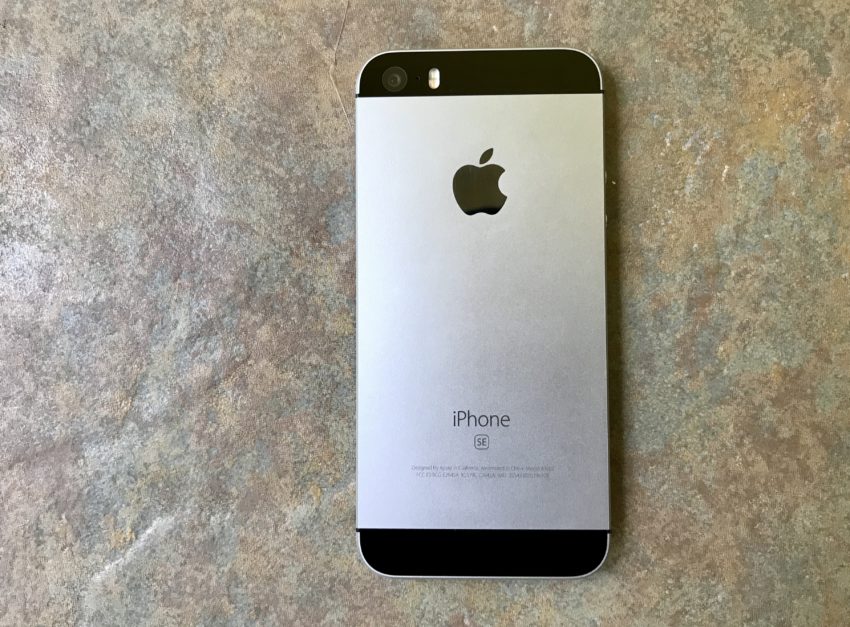 While multiple rumors point to an overhauled design, Kuo believes the iPhone SE 2 will be a modest upgrade over the current model.

If Apple wants to keep the cost of the iPhone SE 2 down, it probably won’t turn the device into a miniature version of the iPhone X.

That said, Apple is a company that loves to delight its customers so there’s a chance it goes all out to please those who want a souped up 4-inch iPhone.

If you like to take selfies or take FaceTime video calls on your phone, the 1.2-megapixel front-facing camera is serviceable.

The iPhone SE 2 is rumored to have some upgrades which makes sense because Apple always attaches upgraded sensors to new iPhone models.

A sketchy rumor claims the iPhone SE 2 will come with iPhone 7’s 12MP sensor and the iPhone 6s’ 5MP front-facing camera. If this pans out, it would be a sizable upgrade.

Thus far, we haven’t heard or seen any credible rumors about Face ID replacing Touch ID on the iPhone SE 2. Again, if Apple wants to keep the cost of the device down, we probably won’t see Apple bring the iPhone X’s TrueDepth Camera system over to the 4-inch form factor.

The iPhone SE’s performance continues to impress us as we push toward the release of iOS 12 and the device’s second birthday. We continue to get solid battery life and the device easily handles iOS 11.

iPhone SE 2 rumors unsurprisingly point to some upgrades. One sketchy rumor claims it could feature the same A10 processor found in the iPhone 7 and another claims it’ll have 2GB of RAM with an A10 Fusion processor. In the real world, this would mean better battery life, a fast phone, and improved gaming.

If Apple does release an iPhone SE 2, it probably won’t share a processor with the previous model.

The iPhone SE runs iOS 11 and runs it well. Given its age, we expect it to get iOS 11 and iOS 12 and there’s an outside chance it gets iOS 13 as well.

What matters is the iPhone SE 2 will have a couple of years on the iPhone SE which mean it’ll last longer. Apple typically updates phones for four years before stopping support.

The iPhone SE is much cheaper than it once was making it an intriguing option for those looking to upgrade from an iPhone 5 or iPhone 5s without breaking the bank. We expect it to only get cheaper as we push deeper into the year toward an iPhone 11 release.

We haven’t heard anything credible about the iPhone SE 2 price, but if Apple uses it to replace the iPhone SE, it’ll likely slot in at the iPhone SE’s current ($349) or previous price point ($399).

What to Do If Apple Doesn’t Release an iPhone SE 2?

If Apple fails to launch the iPhone SE 2 in the spring or summer, and there’s a good chance of that, you’ll obviously need to look elsewhere. 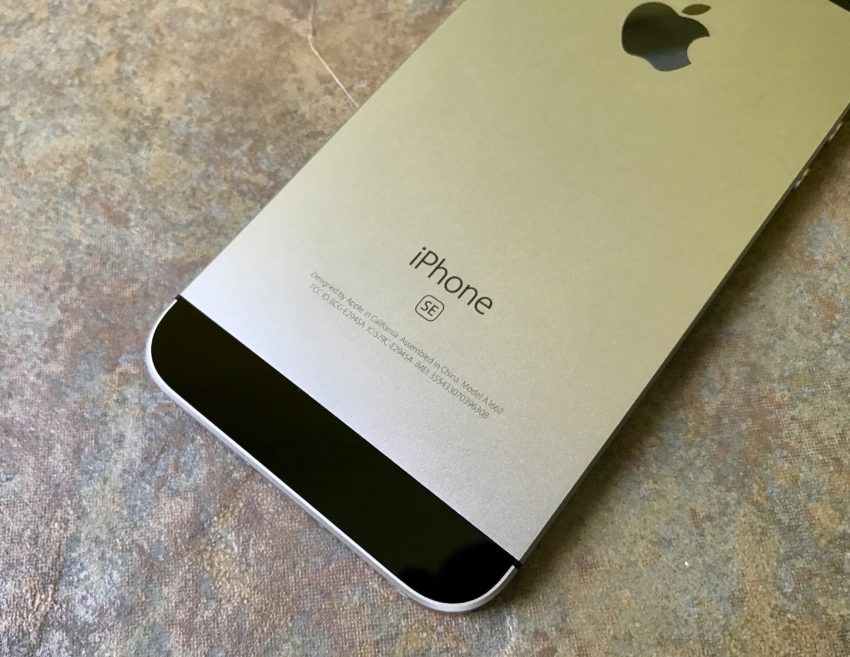 There are a ton of alternatives out there. If you really want a small screen you’ve got devices like the Sony Xperia X Compact, and Moto E4. You’ve also got cheap devices like the iPhone 6s and iPhone 7, both of which are excellent options, and the Samsung Galaxy S8.

You might also consider waiting for the iPhone 11. According to Kuo, Apple is working on three iPhones for the fall, none of which are slated to come with a 4-inch display.

While the 5.8-inch successor to the iPhone X and the 6.5-inch iPhone X ‘Plus’ might be too big or expensive for your tastes, the company’s rumored 6.1-inch LCD iPhone model is an interesting alternative to the iPhone SE and iPhone SE 2.

Kuo believes it’ll come with several notable hardware upgrades at a somewhat affordable $649-749 price point. By comparison, the cheapest iPhone X is $1000 and the iPhone X Plus is expected to command an even higher price tag.

4 Reasons Not to Install iOS 11.4.1 & 8 Reasons You Should
Related Topics:AppleiOSiphoneIPhone seiPhone SE 2Technology