Apple’s iOS 12 update is causing problems for some iPhone, iPad, and iPod touch users and we, along with many others, are hoping for a quick iOS 12.0.1 update.

Apple spent months testing the iOS 12 update, but problems are plaguing the first version. Some of these issues are brand new, others have carried over from iOS 11.4.1 and earlier versions of iOS.

We haven’t run into any game-changing bugs during our short time on iOS 12, but we have noticed some annoying bugs we want Apple to fix. 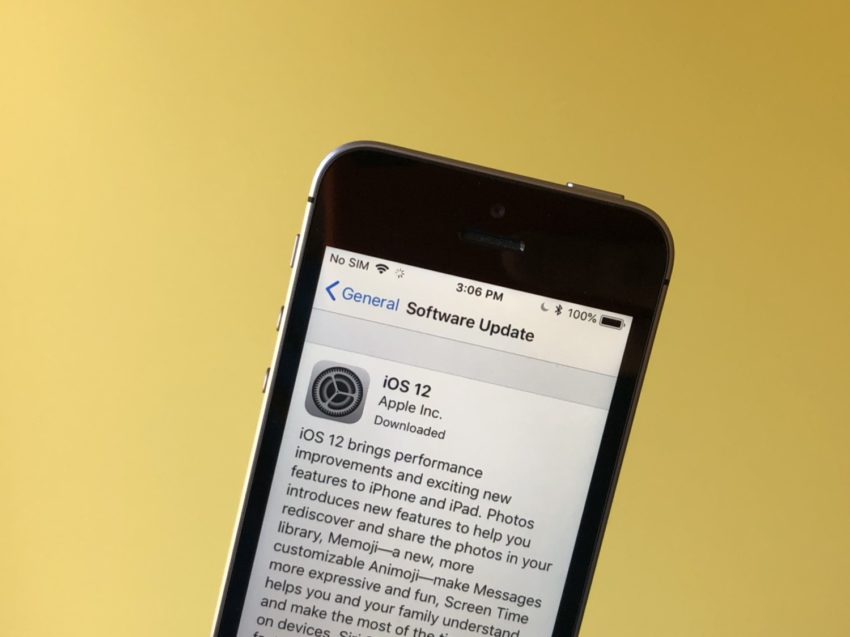 Apple’s confirmed an iOS 12.1 update and the milestone upgrade is currently in beta testing. The company hasn’t revealed a release date and we expect iOS 12.1 to stay in beta until October or November.

iOS 12.1 will likely come with bug fixes and patches, but we’re hoping Apple brings relief before that. If history is an indication, it will.

Last year iOS 11.0.1 arrived shortly after the iPhone 8 and iPhone 8 Plus launched and we could see Apple follow a similar protocol this time around.

There’s no guarantee iOS 12.0.1 rolls out this week or next, but we’re hopeful. If Apple does decide to roll out a quick bug fix update, here are a few issues we, and others, would love fixed.

An issue that affected some of our devices on iOS 11.4.1 is present in the iOS 12 update.

While it’s not occurring as much as it was on iOS 11, some of our iPhones are still getting stuck in landscape mode on the home screen and when using certain apps.

If you’re unfamiliar with this issue (it’s common), it happens when you change the screen orientation from landscape back to portrait. Instead of rotating, the screen stays in landscape.

The issue has happened several times after typing in Messages and after using Google Hangouts. We’ve also seen it occur while using Chrome and the YouTube app.

Fortunately, there’s a way to manually fix the issue. If your iPhone gets stuck, you’ll need to pull up from the right side of the device’s display and not the bottom. We’ve also had to restart our devices to get the screen unstuck.

Maybe the most annoying issue we’ve encountered on iOS 12 is a bug that’s carried over from iOS 11.

We’ve been dealing with a Messages problem where iMessages aren’t showing up as read on the iPhone after reading them on a Mac.

Even our own messages that are sent on a MacBook Pro to our friends and family sometimes popup as new messages on our iPhones and iPads.

Messages sent on our devices are also occasionally shown as “Not Delivered” even though they’ve been sent out. 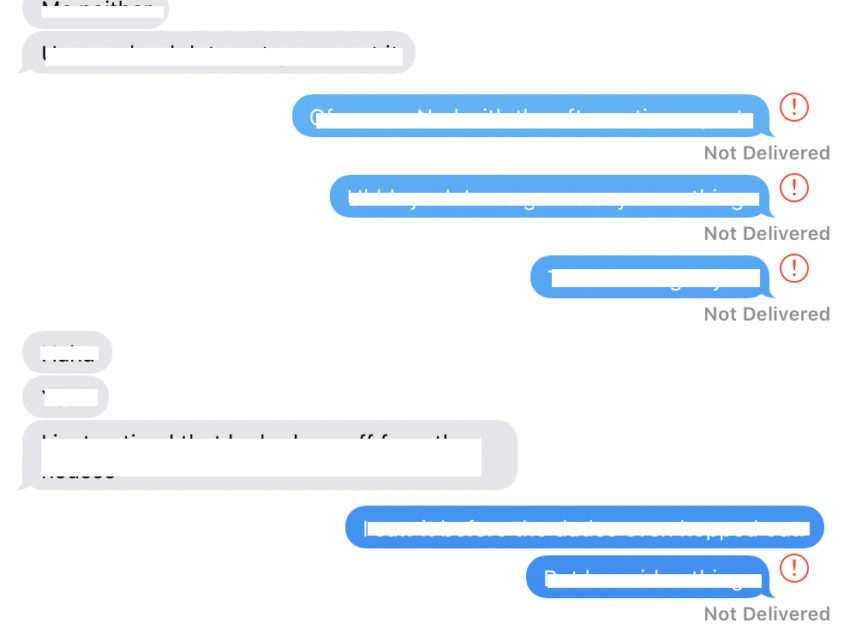 All of these messages successfully reached the other person, but were labeled as “Not Delivered.”

We’ve been dealing with this problem for months now and we’re hoping a combination of a new iOS 12 update and macOS Mojave fixes the problem for good.

After shooting photos with the Camera app on iOS 12 the photos sometimes show up in the wrong orientation. Its happened several times already and it means we’re forced to go into the photo and flip it so it’s not sideways.

We saw this issue on several versions of iOS 11 so there’s no guarantee Apple fixes it with its first iOS 12 update. We’ve got our fingers crossed though.

So those are the iOS 12 bugs that are annoying us the most. The Messages problem in particular. Here are a couple prominent issues from other iOS 12 issues.

iOS 12 isn’t supposed to have a negative impact battery life, but many iPhone users are complaining about abnormal battery drain after installing iOS 12.

Anyone else notice latest iOS 12 is killing battery life?

We haven’t seen any battery life problems on our devices, but an iOS 12.0.1 update could work wonders for those of you in need.

Some iPhone users are saying they’re unable to connect to their Bluetooth devices, others are saying Bluetooth connectivity is completely broken. That’s obviously a huge issue if you own an iPhone without a 3.5mm headphone jack.

Bluetooth problems can be tricky to fix, but here are a few things to try while you wait for Apple’s next version of iOS 12.

iPhone XS and iPhone XS Max users are running into problems with cellular data and Wi-Fi connectivity. Many users are seeing slow speeds and dropped connections.

Our Wi-Fi connectivity on the iPhone X has been up and down, but we’re still not sure if it’s a router issue, an ISP issue, or a problem with iOS 12.

iPhone XS users are hoping Apple provides a fix before the release of iOS 12.1, but thus far, the company hasn’t responded to the complaints.