9 Things to Do Before the Galaxy Note 20 Release Date

The Samsung Galaxy Note 20 release date is almost here and that means those of you thinking about buying one should start prepping for its arrival.

Galaxy Note 20 rumors hint at major upgrades. We’ve heard about a souped up S Pen, a new processor, an upgraded user interface, improved cameras, and a lot more. The specs aren’t official yet, but that will change soon.

Samsung has scheduled an online-only Unpacked event for August 5th and that’s when you can expect the company to outline the next Galaxy Note.

We expect Galaxy Note 20 pre-orders to start shortly after the event with the release date coming a few weeks later. All signs point to a release in the United States in late August ahead of Apple’s iPhone 12 launch.

With the Galaxy Note 20 release date on the horizon, prospective buyers should begin to prepare for its arrival. If you do a little work ahead of time you could avoid a stressful situation.

If you’re planning to buy the Galaxy Note 20, or even if you’re just thinking about it, here are a few things you should do before the release date.

If you’re interested in replacing your current device with the Galaxy Note 20 you should a) get caught up on the latest rumors and b) track the latest news as we push toward the device’s launch event.

The rumor mill will keep you informed about the device’s features. Likewise, it will help you set realistic expectations about the phone’s hardware, release date, price, and more.

For more on the Galaxy Note 20, check out our guide. It’s updated frequently.

If you’re planning to buy a new phone, you’ll want to keep an eye on your upgrade status as we push closer to the Galaxy Note 20’s release. If you’re not eligible for an upgrade right now, you might not be able to put in an order right away.

Carriers sometimes bump your upgrade status so you’ll want to check in on it to see if anything changes in the buildup to Samsung’s announcements.

Checking your status is extremely easy and will only take you a few minutes. Here’s how to check your upgrade online at AT&T, Verizon, T-Mobile, and U.S. Cellular.

Get Familiar with Android 10 & One UI

If you’ll be moving from iOS to Android or from a non-Galaxy device to a Samsung phone, we recommend getting familiar with Samsung’s version of Android before you buy the Galaxy Note 20.

While it would be great to see the Galaxy Note 20 run Android 11 out of the box, that’s not going to happen. Not with the Android 11 release date slated for early September.

If you aren’t familiar with Samsung’s software, use this time to get acquainted with it. This way you aren’t caught off-guard by the look and feel.

Lots of people love Samsung’s version of Android, but many others hate it. You won’t know which group you fall into until you dig into it and try it yourself (if you can).

You can also get acquainted with the software via our guide to Samsung’s Android 10 update.

Use this time to get familiar with the companies that make accessories for the Galaxy Note series. If you do some research ahead of time, you’ll know which accessory makers to avoid and how much to spend if you want a case, screen protector or something else.

Get familiar with pricing, styles you like, the pros and cons of popular manufacturers, and the level of protection these accessories will provide.

Look at Other Galaxy Phones

The Galaxy Note 10 is a year old, but it’s a lot cheaper than it once was. It’s a great phone and it’s absolutely worth a look. 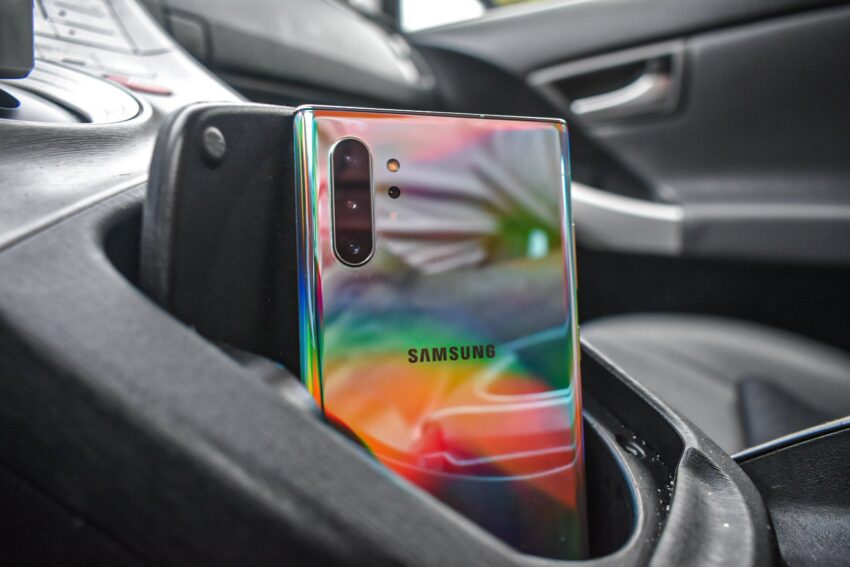 Samsung’s also got a number of cheap mid-range phones (like the Galaxy A51) and you also might want to check out older former flagships like the Galaxy S10, Galaxy Note 9, and Galaxy S9.

Going with the latest and greatest is tempting, but a lot of you will be perfectly fine with another Galaxy device.

If you aren’t married to a Samsung device or Android, you’ll also want to explore Galaxy Note 20 alternatives. Here are some of the best:

You’ll also want to look into other devices like Apple’s iPhone 12 series and Google’s Pixel 5.

You should have a plan for your current phone so you aren’t scrambling when you buy a new device.

You might be able to find a friend or relative who could benefit from your current device. You might also might want to look into donating your current phone to charity.

If you plan on selling your current device to help offset the cost of your new phone, you’ll want to dig into prices at resellers like Gazelle and NextWorth.

You’ll also want to keep your current phone in pristine condition. This is how you’ll get the most money back from resellers, your carrier, or Samsung if you decide to trade it in for cash.

The Galaxy Note 20 won’t be cheap and you’ll probably want to protect your investment. You can buy a case, but you also might want to grab Samsung’s Premium Care warranty for added protection.

Samsung Premium Care provides you with a bunch of additional benefits like video chat and an extended warranty. Of course, this comes at a cost.

As we approach the Galaxy Note 20 launch, research the program and see if it’s worth it for you and your phone.

If you’re unhappy with your data plan or your provider’s coverage, use this time to dig into competitors and see if you can find a better fit.

You’ll also want to dig into smaller carriers like Spectrum, Xfinity, and others. They might not get the Galaxy Note 20 right away, but they’re often cheaper.