You’ll soon be able to buy the Apple HomePod for $349, and you will not be able to use it with the best music streaming services available. Yes, there is no HomePod Spotify support. You’ll need to buy into the Apple Music ecosystem if you want to get the real benefit of Apple’s smart speaker that is meant to take on Sonos and the Amazon Echo.

It’s not a shock, considering how much Apple is forcing you into their ecosystem with Siri not allowing users to control Spotify, but it is a slap in the face to users who want to listen to music on their own terms instead of being shackled to the less useful and often frustrating Apple Music service. 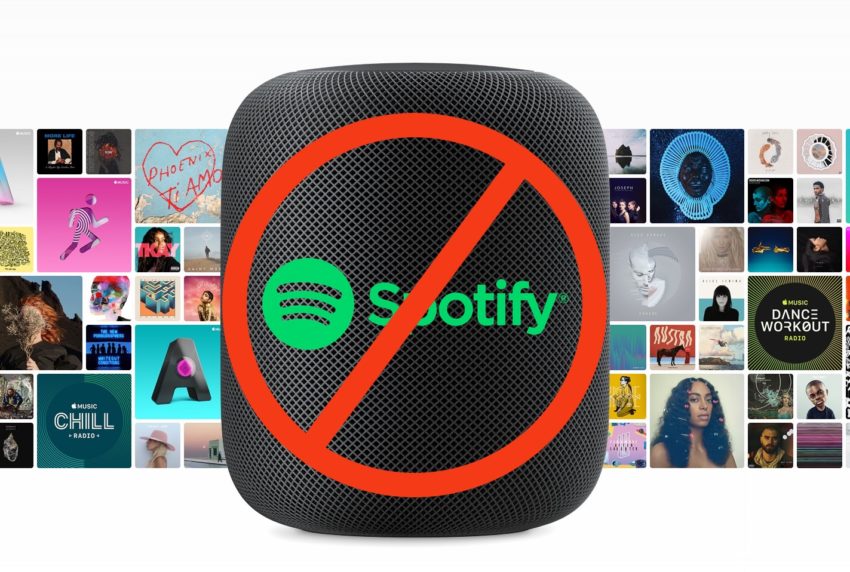 You can’t use Spotify on the Apple HomePod with voice commands.

The lack of Apple HomePod Spotify support is just the start of this walled garden approach. Since Siri is your only way to use the HomePod, you will need to live and breathe Apple to get the full use out of a very expensive smart speaker. You’ll need to use Apple’s calendar, Apple maps and live with other restrictions to what Siri can and cannot access on your iPhone and in your digital life.

The one saving grace is that you will be able to grab your iPhone, unlock it, go to Spotify, choose to use AirPlay — but at that point you’re missing out on any of the smart HomePod features and you may as well be using a Bluetooth speaker or some other cheaper option.

Compare this to the Amazon Echo devices that are much more affordable and support multi-room audio as well as the option to use a wide range of music including Spotify, but once again we run into an issue where you need to choose your music streaming service around the hardware you want to use.

There’s no official support for Apple Music on the Echo. You can use a workaround, by pairing your iPhone to the Echo and using it as a bluetooth speaker, but that’s as inelegant as using AirPlay to play Spotify on the HomePod. Amazon devices chief Dave Limp told Bloomberg that Amazon is open to adding Apple Music support saying, “We’d love to have Apple, but they’re not super big.”

At the end of the day, don’t expect Apple to add HomePod Spotify support anytime soon, with SiriKit banning the use for any third party music services. We also don’t expect to see Apple Music on the Echo anytime soon now that Apple has their own smart speaker.