Here are the biggest new iOS 13 features available on your iPhone. Yes, we said iPhone, because Apple spun off the iPad version to iPadOS, which is also bringing many new features to the iPad. We’ll show you how iOS 13 vs iOS 12 looks with comparisons of what’s changed and details about the changes. This list now also includes what’s new in iOS 13.1, which Apple released just days after iOS 13.

Apple packs in a lot of features that users have asked for including a Dark Mode, but that’s not all. The new iOS 13 features include a host of performance upgrades, app redesigns and potentially game-changing options for editing photos and videos as well as finding the best photos you’ve taken. 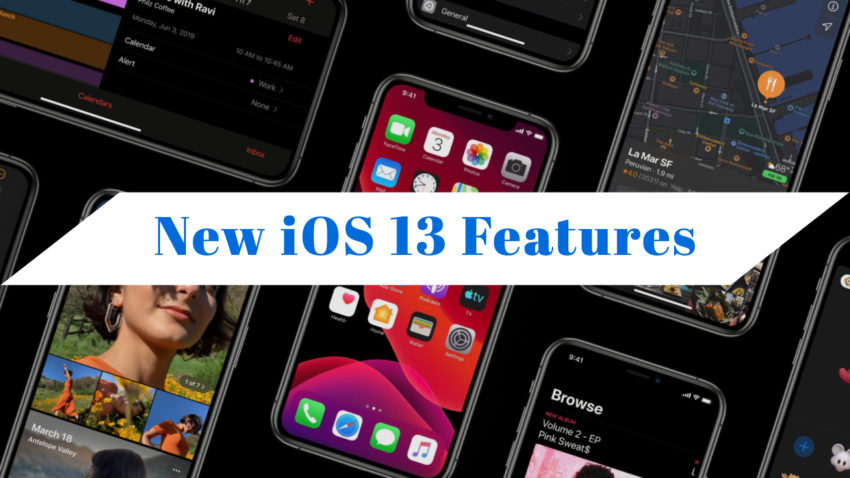 There’s more information about these new features in the iOS 13 update as well as iPadOS, macOS Catalina and watchOS 6.

In addition to the exciting features listed above, the iOS 13.1 update includes a number of bug fixes and security updates. Here are the fixes in iOS 13.1;

The iOS 13 update is a free update available to most iPhones and iPods right now. Apple is not offering it on the iPhone 5s or iPhone 6, so if you own one of these devices you will need to upgrade to a new iPhone or wait for the 2020 iPhone.