The iOS 11.0.3 update for iPhone, iPad, and iPod touch continues to reign as the most up-to-date version of iOS 11 as we push into November.

If you’re coming to iOS 11.0.3 from an older version of iOS, your download will likely be larger thanks to features and fixes from the update’s you skipped. They’re baked in. If you’re upgrading to iOS 11 for the first time, you can expect a very substantial download.

The iOS 11.0.3 installation will take a bit longer. The installation on these three devices took about five minutes, give or take a few seconds.

Again, if you’re coming from something older than iOS 11.0.2, you can expect your download and installation to take a little bit longer. 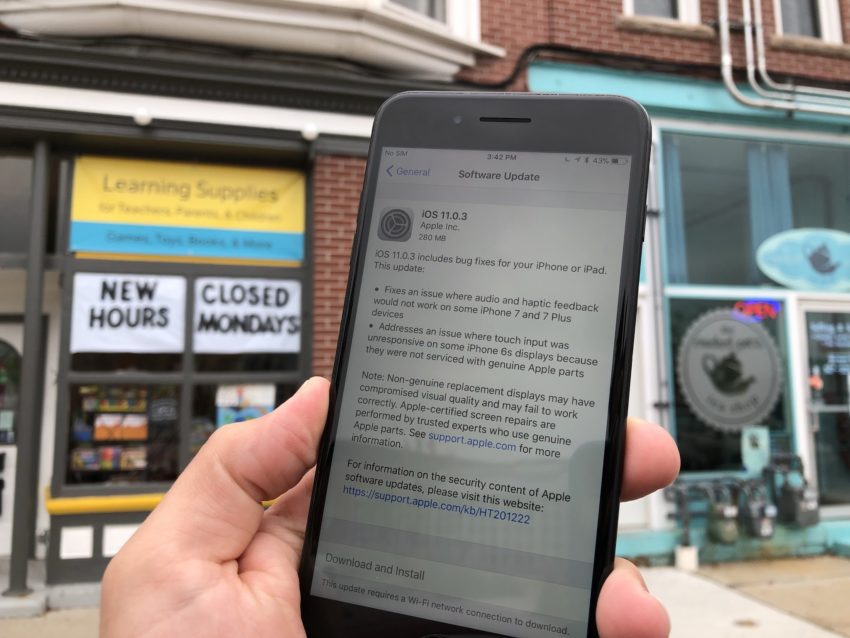 We’ve been using the new update on the iPhone 7, iPhone 7 Plus, iPhone 6s, iPhone 6, iPhone 5s, iPhone SE, iPad Air 2, iPad Air, and iPad mini 2 for three weeks now. Most of these updates are stable.

We haven’t noticed any abnormal battery drain and we’ve successfully connected all of these devices to Wi-Fi (including eero), Bluetooth devices, and cellular networks.

We haven’t noticed any random reboots, but we’ve noticed user interface lag on the iPhone 6, iPhone 5s, and the ancient iPad mini 2.

Apps are performing well.  Our core apps include Asana, Slack, Twitter, Spotify, Podcasts, YouTube, and Gmail. We’ve noticed a few crashes, but that’s not out of the ordinary.

For the most part, iOS 11.0.3 feels stable. That said, new software, even maintenance updates like iOS 11.0.3, can cause major problems.

Older devices (like the iPhone 5s) are particularly susceptible to performance issues so those of you with an aging device should approach iOS 11.0.3 with caution.

The iOS 11.0.3 doesn’t bring any new features (that we know of) and it includes the security content of iOS 11.

We’re having a solid experience on iOS 11.0.3, but others are running into trouble with Apple’s latest iOS 11 update.

iPhone and iPad users are noticing installation problems (the update’s getting stuck during the download/installation process and we noticed an error you can see below), Bluetooth problems, weird battery drain, issues with first and third-party applications, Wi-Fi issues, and UI lag.

The company is also looking into a fix for GarageBand issues and an issue with iOS 11’s calculator. 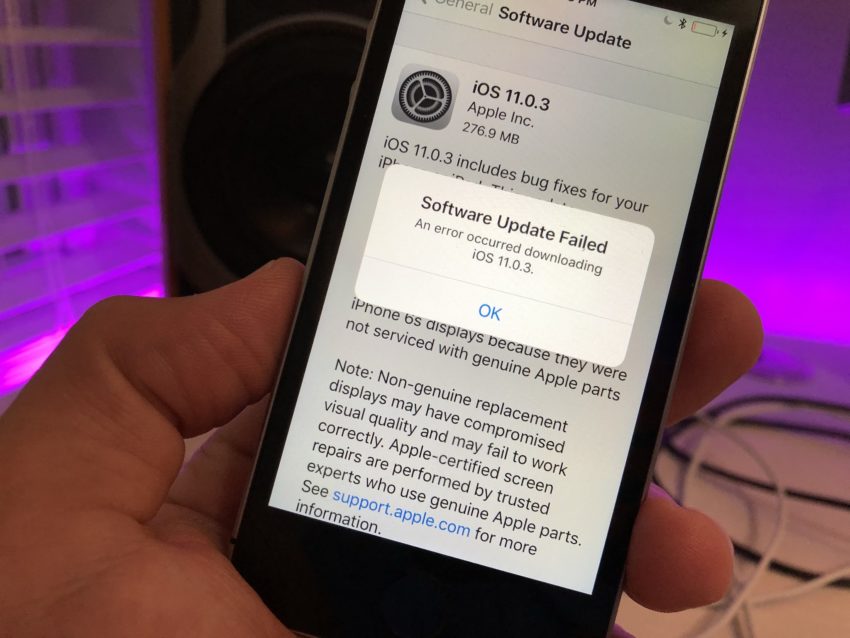 If you’re noticing bugs or iOS 11.0.3 performance problems, take a look at our list of fixes for the most common iOS 11 problems. Our list covers abnormal battery drain, Bluetooth issues, and more.

You might also want to take a look at our tips to improve iOS 11 performance and iOS 11 battery life. They will come in handy if you start noticing lag or weird battery drain after installing iOS 11.0.3.

If iOS 11.0.3 starts acting up on your device you can try downgrading.

Apple’s closed off the iOS 11.0 and iOS 10 downgrades which means there’s no going back to iOS 10. Once you download iOS 11 on your device, you’re stuck.

Apple will, at some point, stop signing off on iOS 11.0.1 and iOS 11.0.2 so those of you interested in downgrading will need to move pretty quickly. It won’t make an announcement ahead of time.

Our guide will take you step-by-step through the downgrade process.

The iOS 11.0.3 update fixes some bugs, but there still are plenty of iOS 11 problems. Apple hasn’t confirmed an iOS 11.0.4 update and we don’t expect one to emerge for iPhone, iPad, or iPod touch. 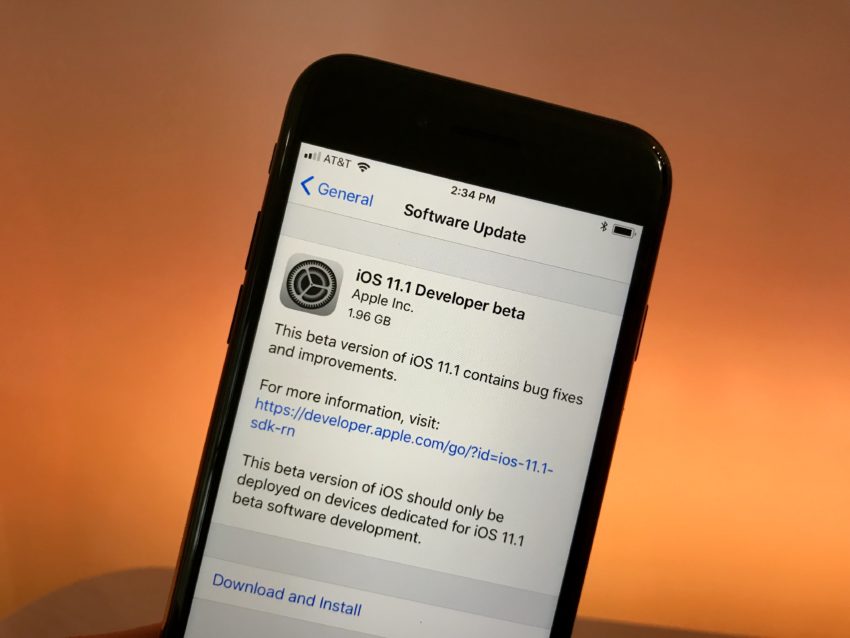 Apple hasn’t confirmed an iOS 11.1 release date, but it should arrive in late October or early November with several brand new features for iPhone and iPad users.

iOS 11.1 will deliver Unicode 10.0 and its new emoji characters to the iOS keyboard. The list of new emojis includes a zombie, a genie, an elf, an exploding head, a mage, a coconut, a sandwich, and a vampire. The iOS 11.1 update will also bring back the 3D Touch App Switcher gesture.

The company’s also promised to deliver Apple Pay Cash and person-to-person Apple Pay payments in Messages later this year and Apple employees are testing the service in iOS 11.1 beta. It’s unclear if it’ll make it into the final iOS 11.1 release.

Apple’s also confirmed an iOS 11.2 update and put that update into beta for iPhone, iPad, and iPod touch. The iOS 11.2 update fixes the iOS 11 calculator issue and several other bugs.

If you’re dealing with unfixable iOS 11 issues and can’t wait for Apple’s next update, you might want to give the latest beta a try on your device.

4 Reasons Not to Install iOS 11.4.1 & 8 Reasons You Should
Related Topics:AppleiOSiOS 11iOS 11.0.3iPadiphoneTechnology