Apple’s released its long-awaited iOS 14 update and the software a long list of features and under-the-hood improvements to the iPhone.

If your phone is currently running iOS 13.7, you get the smallest list of changes. If you’re moving up from an older version of iOS, your iOS 14 update will be more substantial because you’ll get the features and fixes from the updates you skipped in your upgrade.

Now that iOS 14 is out of beta, we want to take you through everything there is to know about Apple’s latest operating system for iPhone.

In this guide to the first version of iOS 14 we’ll take you through the update’s performance, the current list of iOS 14 problems, the best places to find feedback about bugs and performance issues, the iOS 14 jailbreak status, and more.

We’ll start with our impressions of iOS 14 update’s performance on iPhone.

If your iPhone is currently running iOS 13.7, you’ll see a large download.

For iOS 13.7 users, the iOS 14.0 update requires a 2GB+ download. The exact download size will vary based on your device and the version of iOS 13 your iPhone is currently running.

If your iPhone is running an older version of iOS 13 you’ll likely see a larger download size because, again, your iOS 14 update includes the changes from any iOS updates you skipped.

If your phone is on iOS 13.7, the iOS 14 installation will probably take at least 10 minutes to complete. It took about 15 minutes to install on an iPhone X.

For more on the iOS 14 download and installation, take a look at our guide. 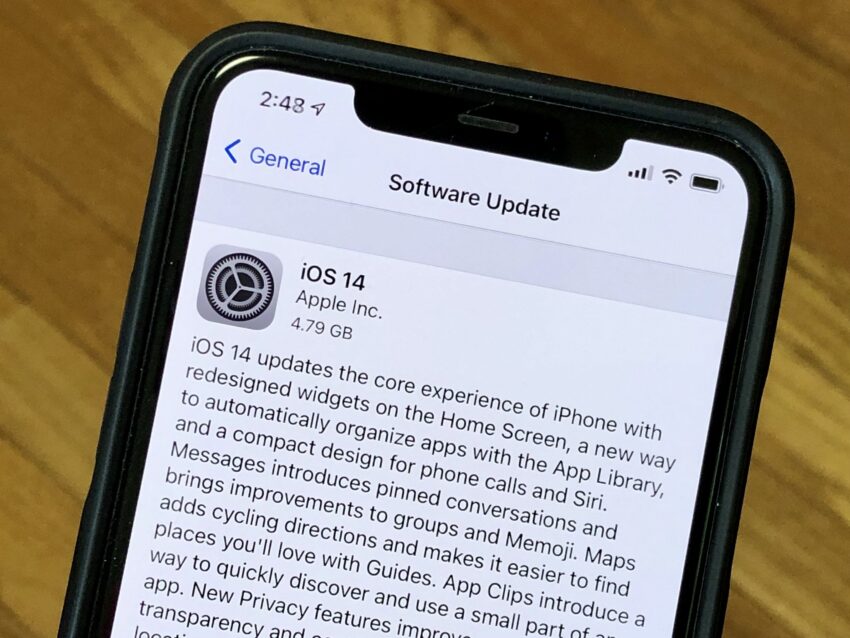 We’ve been using the final version of iOS 14 for a few days now and here’s what we’ve learned about its performance thus far:

If your iPhone is struggling with bugs or performance issues on iOS 13.7 or an older version of iOS 13, you should think about installing iOS 14 right now.

If you need help making a decision, please check out our reasons to, and not to, install the iOS 14 update. It will help you decide if upgrading is worth it.

We’re in the process of publishing our mini iOS 14 reviews for the iPhone 11, iPhone XS, iPhone XR, iPhone X, iPhone 8, iPhone 7, iPhone 6s, and iPhone SE so make sure you check those for additional feedback.

The iOS 14 update is causing problems for some iPhone users. Some of these issues are brand new, others have carried over from iOS 13.

The company recently told CNET that it is “aware of an issue that can impact default email and browser settings in iOS 14 and iPadOS 14 and that a “fix will be available to users in a software update.”

If you run into an issue on iOS 14, take a look at our list of fixes for the most common iOS 14 problems. We’ve also released tips that could help you improve your phone’s performance and tips to help fix bad iOS 14 battery life.

If you can’t handle the iOS 14 update’s performance, note that you no longer move your phone’s software back to iOS 13. Apple has stopped signing on iOS 13.7.

The company isn’t signing on iOS 13.6.1 or any older versions of iOS 13 and that means there’s no way back to any of those updates either.

If you really want to move your phone off iOS 14.0 you can try moving it to Apple’s beta software.

iOS 14 is a massive upgrade and brings a long list of new features, improvements, and security patches to the iPhone. 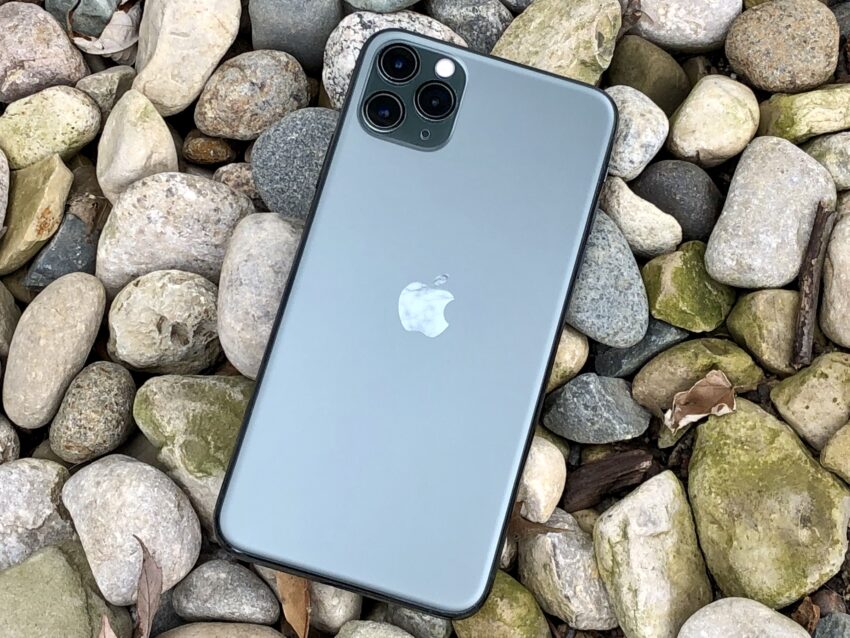 This release also includes other features and improvements.

iOS 14 also has 11 security patches on board and you can read more about those over on Apple’s website.

If you want to jailbreak an iPhone running iOS 14, you need an older iPhone model.

The developer team behind the Checkra1n jailbreaking tool for iOS has released version 0.11.0 which adds support for iOS 14. The tool works with the following devices:

The jailbreak tool is compatible with all iOS 13-powered devices including newer iPhone models.

If your device is struggling on iOS 14, know that help is on the way.

Apple is currently working on iOS 14.2. iOS 14.2 is currently in beta and the milestone upgrade should carry new features and bug fixes for initial iOS 14 problems.

We don’t have an iOS 14.2 release date to look forward to just yet. If you can’t wait for the official release you can download the beta. 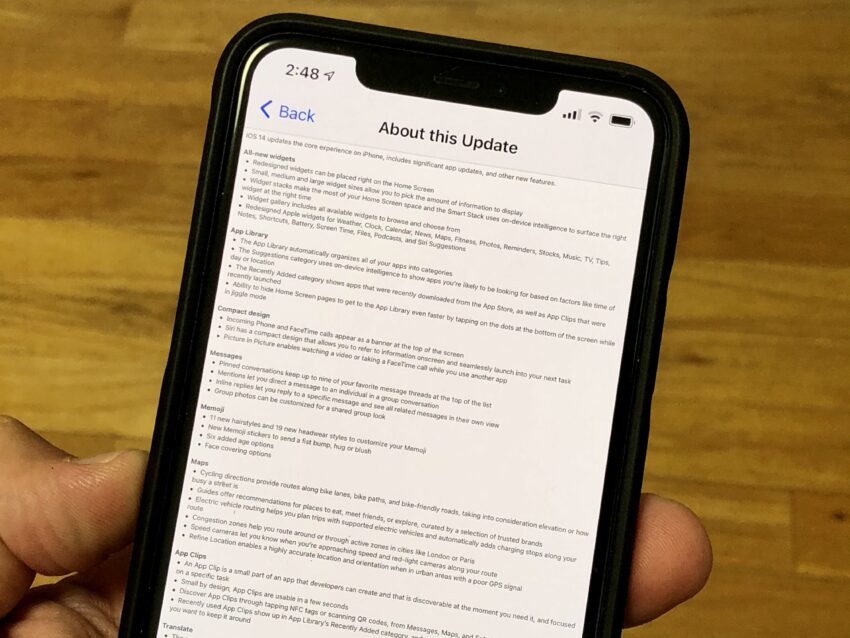 Bottom line, if you’re feeling leery about the move to iOS 14.0, you might want to wait for the next version of iOS 14, and its batch of bug fixes, to arrive.