With the Assassin’s Creed Origins release, Ubisoft will breathe new life into a franchise that hasn’t seen a new game since 2015.

Besides the new story, Assassin’s Creed Origins has some much need upgrades. Its new combat system makes using weapons in a fight easy. The game’s world includes seamless water exploration. Dangerous animals roam Egpyt’s land and waterways. Xbox One X and PS4 Pro gamers get better visuals on their 4K and HDR-equipped televisions with this game.

We have the Assassin’s Creed Origins release date. Here’s everything we know about the upcoming action role-playing game. 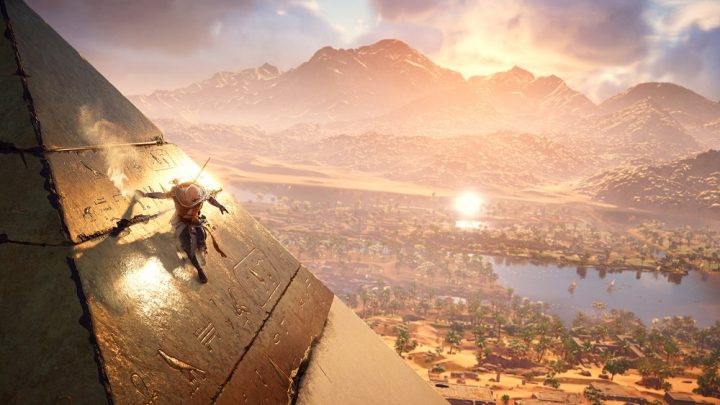 Assassin’s Creed Origins’ all-new game world is named Faiyum. The Great Pyramids dominate the landscape of Faiyum, but Ubisoft promises the game has a much bigger game world than just the area that surrounds them. Whereas most games in the franchise focus on a single city, Faiyum has large towns, villages and large bodies of water. Assassin’s Creed Origins has a day and night cycle. Characters gamers don’t control change their behavior at night.

Ba Yek is a warrior and member of the Assassin Order. Yek returns home to find Egypt very different from the way he left it. He’s more aggressive and brutal than past playable characters. The new combat system lets him drop bombs and fire weapons in combat easily.

Past Assassin’s Creed games have explored the present-day struggle between the Templars and the Assassins with a second protagonist. We don’t know if this game has that second playable character.

Physical and digital Assassin’s Creed Origins pre-orders have started. Best Buy, Amazon GameStop and have both kinds of pre-orders available today. The Xbox Store only offers digital pre-orders. We’re still waiting for the game to arrive on the PlayStation Store. 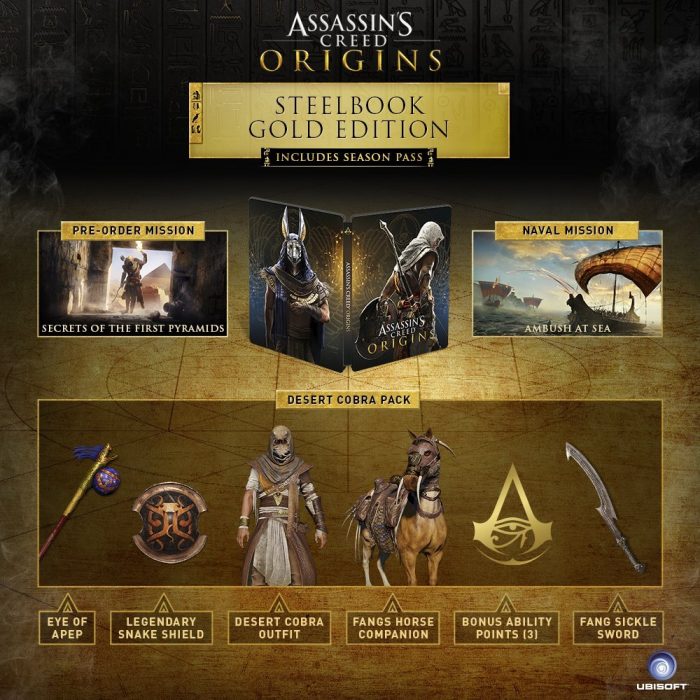 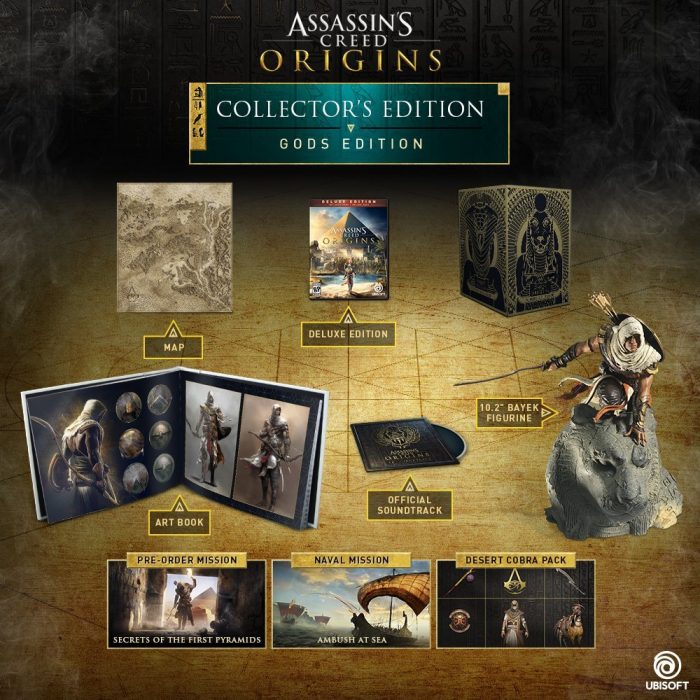 Assassin’s Creed Origins Collector’s Edition has the Desert Cobra Pack, the game soundtrack, a 10-inch Bayek statue, an art book, a deluxe edition of the game and a map of Faiyum. Only Xbox One and PS4 users get this game. Ubisoft hasn’t said when pre-orders begin or how much it will cost.

Assassin’s Creed Origins for PS4 Pro and Xbox One X

Assassin’s Creed Origins lets gamers on the PS4 Pro and Xbox One X get the best visuals possible with 4K and HDR.

The game comes with enhanced textures and environments that let gamers use their 4K TV to its full potential. Instead of getting an upscaled version of the game, Xbox One X and PS4 Pro can output sharper, clearer video. Every character should look more life-like. Landscapes should have more detail.

Read: What is Xbox One X?

Games with HDR have more colors. Color accuracy lets characters and environments closely resemble how they look in the real world.

Unfortunately, Xbox One X and PS4 Pro users need a TV that supports 4K and the HDR10 standard to take advantage of these features. Many newer TVs have 4K and HDR10 technology, but older televisions don’t. If you’re buying a new television to get the best Assassin’s Creed Origins visuals possible, be sure the TV you are considering has these features. 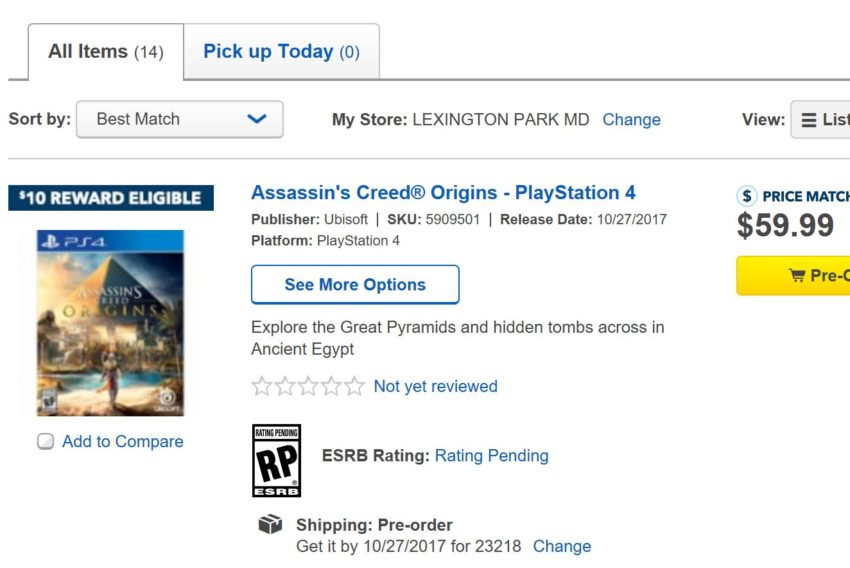 Assassin’s Creed Origins deals are available at some retailers already. And you can expect more to arrive soon.

The PlayStation Store is discounting two games by 20% when gamers pre-order, and Assassin’s Creed is one of the games that qualify for the discount. The other two are South Park: The Fractured But Whole and Far Cry 5.

We’re still waiting for one Assassin’s Creed Origins deal. Usually, GameStop boosts the value of trades when shoppers pre-order a title that hasn’t launched yet. Expect that deal to arrive soon.

These reveals should include details of the game’s season pass. Right now, we have no idea what it contains. Past season passes for the franchises have taken gamers to new places or added new mechanics.