Is Apple making my iPhone slow with iOS 11 to force me to upgrade to the iPhone 8? It’s a common question and perhaps one of the biggest iPhone conspiracies. If you are thinking about installing the iOS 11 update or already on iOS 11, you may start to feel like your iPhone is slower than it use to be.

Every year when the new iOS update arrives we see a spike in searches for iPhone slow and complaints on social media from users who think their iPhone is slower. It’s already one of the most common iOS 11 update questions we are seeing online.

Many users think Apple is intentionally slowing down the iPhone with iOS 11 to convince users to buy the iPhone 8, iPhone 8 Plus or iPhone X. Apple’s iOS 11 update is coming to older devices, which is part of this issue, but it is even a concern for iPhone 6s and iPhone 7 owners.

Here’s what people are saying about iOS 11 slowing down their iPhone while using the iOS 11 GM. This is the same version of the software that Apple releases this week. We’ll also show you how you can fix some iOS 11 and slow iPhone problems. 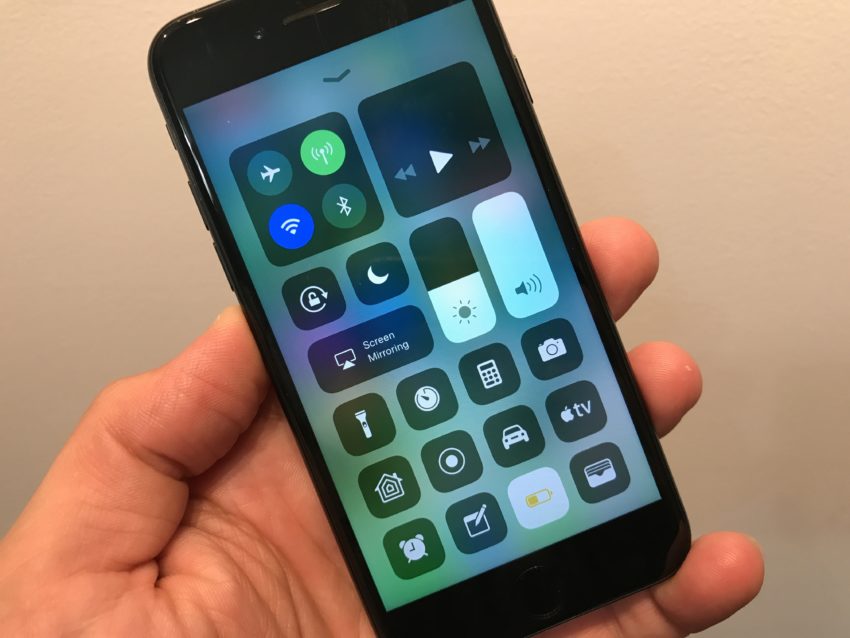 What you need to know about iOS 11 performance and whether or not it will leave you with a slow iPhone.

Often your iPhone will be slow for a day or so after installing a major iOS update while it works behind the scenes on tasks, but this should clear up within 24 hours. You may also see a slow iPhone due to out of date apps, bad network connectivity and other issues. We’re starting to see iPhone 6, iPhone 6s and iPhone 7 users complain that iOS 11 slowed their iPhone down.

We used to see major search spikes for Slow iPhone and iPhone Slow in September around the time Apple released the new iPhone and a major iOS update. There are still many users who think that Apple is intentionally slowing down the iPhone to convince them to upgrade to a new phone.

Getting around to the final Beta of iOS 11. This is the two-year mark with my phone, so time for it to get inexplicably slow.

Most often this is referred to as planned obsolescence, which is a real thing, but it’s not clear that’s what Apple is engaging in. From a physical standpoint the iPhone battery will not last as long after a year as it did on day one because batteries degrade over time. Specifically the iPhone battery will lose about 20% of the capacity after 400 charges.

It’s not likely that Apple is purposefully slowing the iPhone down each fall. Hardware simply isn’t able to deliver the same speed on newer software and when dealing with apps that require more power. Instead of making your iPhone slow, Apple limits the features that come to older phones, which drives the upgrade process.

We’ve seen good iOS 11 performance overall on the iPhone 7 and iPhone 6s, as well as some older devices. We’re testing the iOS 11 GM on a range of other iPhones and iPads to see what we find. While there are iOS 11 problems, slow performance isn’t the biggest complaint we are hearing this year.

Watch this iOS 9.3.5 vs iOS 11 speed test to see how the iPhone 6S handles iOS 11 compared to the older software. The iOS 11 powered iPhone 6s boots up much slower, but overall it’s pretty snappy.

You can also see how well iOS 11 performs on the iPhone 5s compared to iOS 9.3.5. Once again it takes longer to boot up into iOS 11. The upside is that most of us are not restarting the phone multiple times a day.

The iPhone 5s iOS 11 update is where we start to see a slower iPhone. The animations are sometimes slower and apps load slower overall. This includes Maps, News and other stock Apple apps that you will use every day. While scrolling appears smoother on iOS 11 on the iPhone 5s, the app launched slower and loaded slower. We also see slower iOS 11 performance in Mail on iOS 11.

How to Fix Slow iOS 11 Performance

Thankfully there are some solutions to a slow iPhone on iOS 11, and several are very easy to do. You don’t need to wipe your iPhone for all of them, but that is a worst case solution to getting better iOS 11 performance.

The first thing you need to try is resetting all of your phone settings. This will mean changing some of your settings back and reconnecting to WiFi and Bluetooth, but it will not delete your apps, data, music or photos. This takes about 3-5 minutes, and while it is happening you cannot use your iPhone.

Once your phone restarts login, reconnect to WiFi and Bluetooth devices and start using your iPhone. This should fix many slow iPhone problems without more drastic steps. 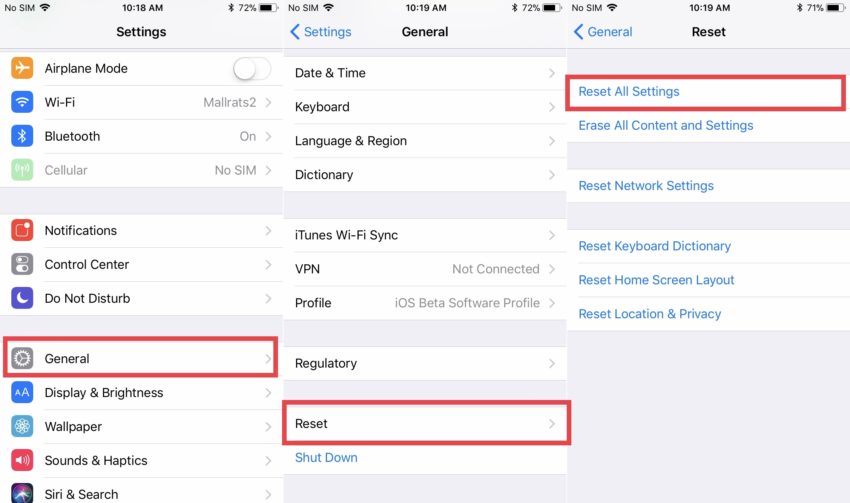 Sometimes you need to reset your iPhone and start over from scratch. This option will reset your iPhone to factory settings on iOS 11. You can choose to restore a backup, which may or may not bring any problems back over, or you can start from scratch and re-install the apps you want and need. Make sure you have a good backup before you proceed with these options.

Go to Settings -> General -> Reset -> Reset All Settings and Content -> Enter a Passcode.

If all else fails, you can downgrade to iOS 10.3.3 for a limited time. This is normally open for a week or two after the iOS 11 release date, so you will need to act fast if you are concerned.

You can only downgrade to the latest version of iOS 10, so there is no bouncing back to iOS 9.3.5 or to a version of iOS 10 that you can jailbreak. If you think you want to do this, do not hesitate. You can always try iOS 11 again when iOS 11.0.1 or iOS 11.1 come out later this year, but when that happens you won’t be able to go back to iOS 10.