Apple’s iOS 11.3.1 update fixed an annoying iPhone 8 issue and delivered important security patches to iPhone and iPad users. That said, the company’s latest update also brought a collection of issues, some of which we hope get fixed before the iOS 11.4 update arrives.

iOS 11.3.1 is treating most of our devices well. We haven’t experienced any abnormal battery drain and the update, like iOS 11.3, is fast on newer phones like the iPhone X and iPhone 8. Wi-Fi connectivity, something our devices struggled with on iOS 11.3, is also back to normal.

However, as we push away from the update’s release date we’re starting to experience some of the same issues we encountered on iOS 11.3. We aren’t the only iOS 11.3.1 users running into trouble.

These issues have us, and many others, hoping for an iOS 11.3.2 update ahead of the iOS 11.4 release this summer. Many people expect Apple to release iOS 11.4 in and around the start of WWDC 2018 on June 4th.

Apple’s currently on its second iOS 11.4 beta (we expect the third release to arrive soon) which means we probably have several weeks to go before the company is ready to release the fourth, and perhaps final, milestone iOS 11 update.

We started seeing an uptick in landscape mode issues immediately after installing iOS 11.3 and the issue persists inside iOS 11.3.1 on certain phones.

The iPhone X, iPhone 8, and iPhone 7 still occasionally get stuck in landscape mode. It’s an annoying issue that we’ve experienced on several different versions of iOS 11, not just iOS 11.3 and iOS 11.3.1.

After turning the phone to landscape mode and turning it back to portrait, the screen remains stuck in landscape mode. We’ve seen it occur while using a variety of first and third-party including Safari, Chrome, and YouTube.

To get the display in the right orientation, we’ve had to pull up from the right side of the iPhone X’s display rather than the bottom.

We, and many others, continue to notice a ton of lag on older devices like the iPhone 5s and iPad mini 2 and occasional lag on newer models like the iPad Air and iPhone 6.

Most of the lag we’ve encountered on the iPhone 5s and iPad mini 2 centers around keyboard lag, stuttering, and lag when pulling up Control Center and Notification Center. We’ve also noticed lots of chop when opening up folders and apps and when dragging app icons from one folder or home screen to another.

These are the same issues we noticed back on iOS 11.3 so we’re hoping a new version of iOS 11 fixes the issue before the iOS 11.4 update arrives.

Lag issues can be extremely difficult to fix on older devices without a factory reset. If you don’t want to factory reset and can’t wait for iOS 11.3.2 or iOS 11.4, take a look at our guide to fixing bad iOS 11 performance. 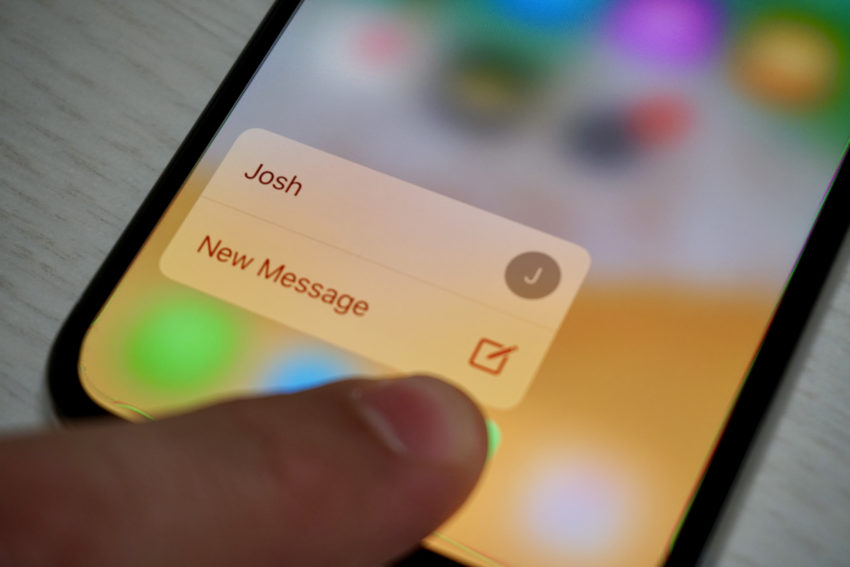 After unlocking an iPhone, the 3D Touch feature is either unresponsive, or won’t work on the first try. When using 3D Touch on the phone app to get to favorites, it sometimes won’t work at all.

We aren’t the only ones dealing with the issue, an issue that has apparently been around since Apple released iOS 11.3 beta 3 back in February.

We’re hoping for a fix in a surprise iOS 11.3.2 update, but we aren’t holding our breath given how long the problem’s been present in iOS 11.3.

So those are three issues that’ve carried over from iOS 11.3. Here are a couple of new problems we’re seeing on our devices running iOS 11.3.1.

We, and others, are noticing audio skipping when playing music and when listening to podcasts. The sound will occasionally crackle or start skipping. Lyrics or the person speaking on the other end then become intelligible.

Some users have experienced the problem on normal phone calls and while using FaceTime Audio feature. We haven’t noticed this yet.

It’s an extremely annoying issue and it’s apparently causing some iPhone users to think about buying a phone from Apple’s heated rivals.

One of the most annoying issues we encountered on iOS 11.3 was a UI issue where app icons would start floating after opening and then minimizing an app. We thought the iOS 11.3.1 update squashed the bug, but it has returned.

While it’s not as prevalent on iOS 11.3.1, app icons still occasionally float in no man’s land, typically in the top left corner of the screen, after minimizing an app. The screenshot here shows one app floating in the corner though we’ve seen multiple icons floating there at once.

We’re still able to get the icon to return to the correct spot on the home screen by turning off the screen and turning it back on though we’ve also been forced to reset the phone.

After installing iOS 11.3.1 we’ve noticed a minor, but annoying issue, where iMessages aren’t showing up as read on the iPhone after reading them on a Mac.

We aren’t going to share the entire string here, but it involves the ⚫ and 👈 emoji characters. If you receive the string in a message, it can crash apps like Messages and WhatsApp. It can also crash the operating system.

If you receive this string in an iMessage, you’ll need to delete the entire conversation to avoid encountering issues with the app or the OS.

If you want to avoid the issue, and you haven’t installed iOS 11.3 or iOS 11.4 beta yet, you should considering sticking around on your current version of iOS. 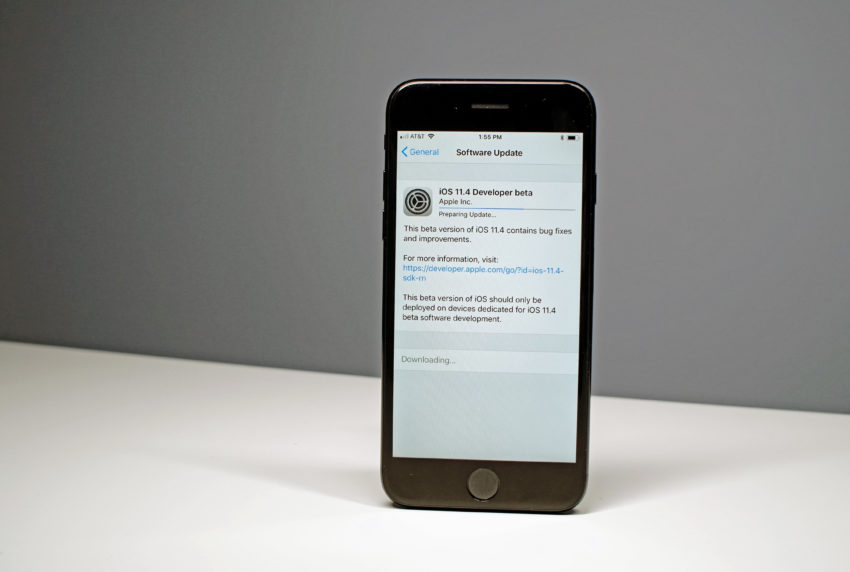 Those are the most frustrating issues we’ve encountered while running iOS 11.3.1 on our phones and tablets. They aren’t the only iOS 11.3.1 issues out there though.

Those of you running into issues on iOS 11.3.1 are encouraged to check out our list of fixes for the most common iOS 11 problems plaguing iPhone and iPad users.

You’ll also want to keep your fingers crossed and stay on the lookout for an iOS 11.3.2 release at 10AM Pacific during the month of May.