You have to see this insane new iOS 11 feature that turns your iPhone into an Augmented Reality powerhouse. It’s incredible to see what developers are doing with the new capabilities in just two days, and this demo is running on an iPhone 6s. This already looks amazing and it’s a demo on an older iPhone. Imagine how much Apple is going to take this with the iPhone 8 and a full iOS 11 release this fall.

Apple is going all in an AR, which is where you place virtual objects in the real world. If you played Pokémon Go, you’ve already used an AR app, but that is just the start. The new iOS 11 update adds in support for Augmented Reality that developers can simply tap into. This means you will see an explosion of Augmented Reality experiences on the iPhone this fall.

Now that you’ve seen what a developer can do on video, you can also check out these photos of an AR model hailing a cab and waiting for the train. If that isn’t enough, check out the impressive sunset visualization that Cody Brown also created as part of this demo. 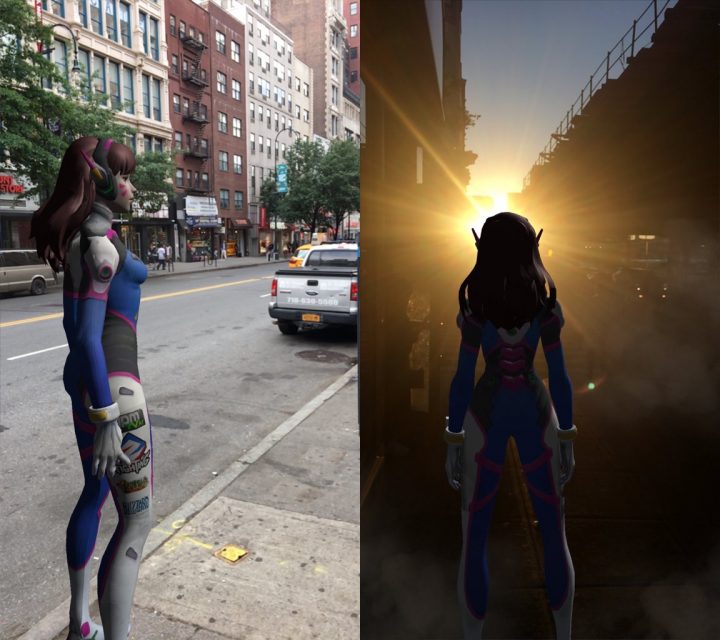 Check out an amazing AR demo on the iPhone 6s with iOS 11. Source: Cody Brown.

One of the things that help this demo look so impressive is the built-in tracking and light detection that Apple supports in iOS 11. Rumors indicate Apple plans to add more depth-sensing technology to the iPhone 8 camera, which would allow for an even more realistic placement in the real world and a more immersive experience.

Here’s another example of Augmented reality, showing off a run recorded with Strava. By opening up the access to Augmented Reality this could be commonplace this fall.

The iOS 11 release date is set for fall 2017, and you can expect to see many more crazy demos between now and then. You can try the iOS 11 beta, but unless someone starts sharing these apps directly to you, there is not an easy way to try out the new AR iOS 11 features yet. Check out the new iOS 11 features below and our guide to whether or not you should install the iOS 11 beta.