Common Touch ID problems include issues where Touch ID does not work or when Touch ID fails. There are easy solutions to most of these Touch ID problems and if you haven’t reset Touch ID since you bought the iPhone there is s very simple solution. We’ll also help you with problems like your MacBook Pro Touch ID not working.

Touch ID is the official name for the fingerprint reader on the iPhone and iPad. Touch ID is included on the iPhone 5s and up as well as the iPad mini 3 and up. It is also available on the 2016 MacBook Pro with Touch Bar. Apple enhances the Touch ID sensor in newer devices, so it is worth trying even if you used to have too many Touch ID problems to make using it worthwhile.

Most users know that it can unlock the iPhone, iPad or MacBook Pro with a touch, but it can also let users log in to apps like Amazon, LastPass, and others. Touch ID also connects to the App Store to let users pay for apps with a fingerprint as well. Many apps also let users log in with Touch ID, and it is useful for buying things with Apple Pay. 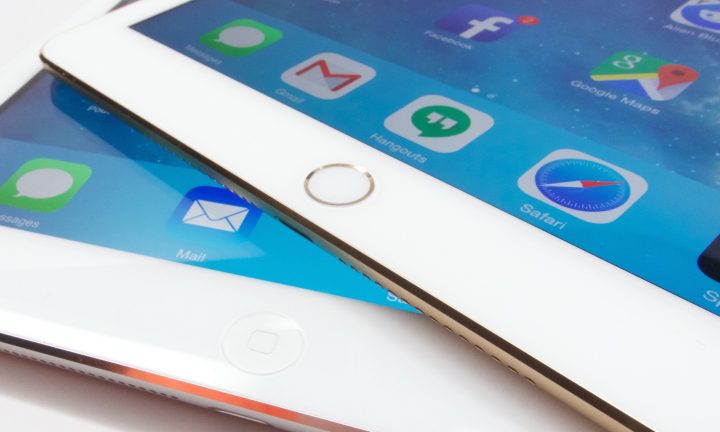 When Touch ID works perfectly you can unlock the iPhone, buy something on Amazon and then make a purchase in the App Store without entering a passcode or a password. Unfortunately, sometimes Touch ID doesn’t work due to a variety of Touch ID problems and issues.

If your Touch ID Problems start right after updating iOS 10 to another version, you may need to downgrade while you have a chance or deal with the problem until another upgrade arrives. We’ve seen some iOS updates degrade performance, and the next one fix them. Throughout 2016 and into 2017 we’ve already seen several new iOS updates deliver fixes and features.

Although it may seem like a Touch ID problem, there is a reason that your iPhone asks for your passcode more frequently on recent updates. Apple outlines a requirement that we’ve run into a few times. If you don’t use your passcode for six days and the Touch ID has not unlocked the phone for eight hours, you will need to enter a passcode. That is Apple’s rule, and it is set for your security.

The MacBook Pro will ask for your password instead of using Touch ID if,

With a few minutes, you can fix most Touch ID problems on your own. Here’s how to fix Touch ID not working on iPhone,  iPad and the MacBook Pro with Touch Bar;

This is how you can fix most Touch ID problems on the iPhone 5s or newer and the iPad mini 3, iPad mini 4, iPad Pro or iPad Air 2.

How to Fix Touch ID Failures

The easiest way to fix Touch ID failures is to re-train the iPhone with your fingerprints. Over the last year the iOS software updates delivered improved performance that fixed Touch ID “forgetting” fingerprints and there are general improvements to Touch ID performance on iOS 8 and higher. This can also help if your fingerprint changed slightly in the last several months due to wear, dry skin and more.

Unlock the iPhone or iPad and re-train Touch ID to fix most Touch ID failures. Before you do this make sure you remove any dirt or sweat from the Touch ID sensor and wipe any oil or sweat from your hands.

Go to Settings -> Touch ID & Passcode -> Enter your Passcode. On the next screen swipe from right to left on each fingerprint to delete them. When this is complete you can tap on Add a Fingerprint… to re-train Touch ID.

How to Fix Touch ID Not Working in App Store 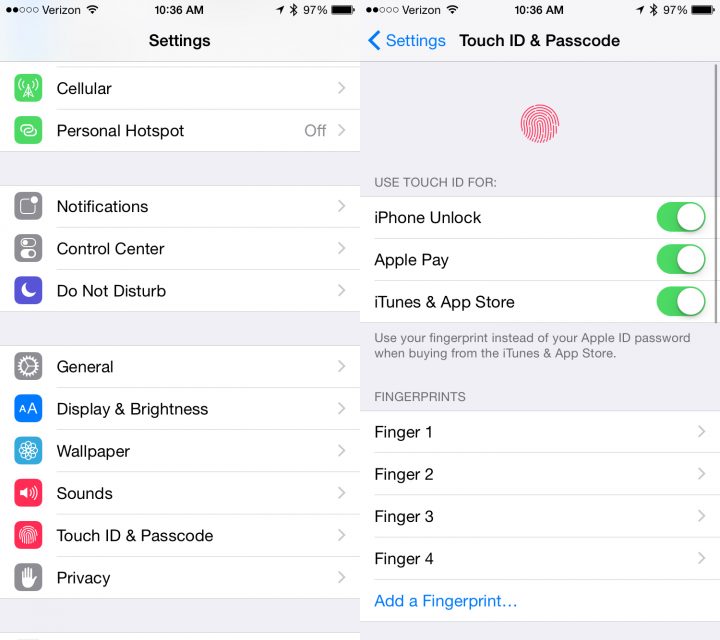 Fix Touch ID not working in the App Store.

This should solve the bug that stopped Touch ID from working in the App Store. Keep in mind you still must enter a Passcode after 24 hours of no purchases.

On your MacBook Pro, you should see a prompt to use Touch ID when you make a purchase in the iTunes Store, but you may need to enter a password again if you’ve made changes to your fingerprints.

How to Fix Touch ID Not Working at All

There is an off-chance that your Touch ID sensor will break. Although rare in this instance nothing you do will work and you will not be able to train Touch ID.

If this is the case you can try a hard reset to completely wipe your iPhone and set it up like new. This may resolve the problem, but if it does not you will need to visit an Apple Store or send the iPhone in for repair.

In cases where Touch ID stops working on the MacBook Pro, you should try a restart and if that fails contact Apple before taking any more drastic steps like starting from scratch.

How to Fix Touch ID Problems In Cold or Winter

When it is cold out or during winter there is an increase in Touch ID problems. The cold weather wears your hands greatly and it can often change the print just enough to make Touch ID stop working. 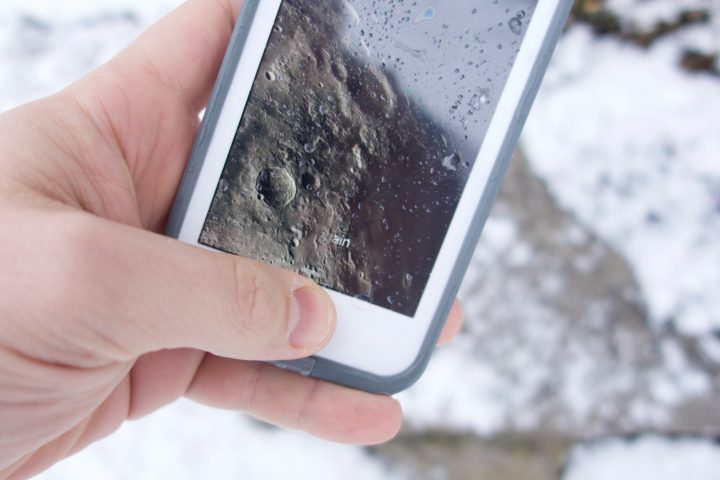 It is a good idea to re-train Touch ID on the iPhone or iPad with your winter-worn hands. If you are not using all the available fingerprint options, you can also just add a new fingerprint when your hands are cold.

This may solve the problem partially. Unfortunately this may continue to be a problem during cold weather even if you re-train.

How to Fix Touch ID Problems When Wet or Dirty

If your fingers or the Touch ID sensor is dirty or wet it will likely fail. This is due to water, dirt or prune-like fingers preventing a good scan.

If it is just water or dirt on the sensor or your finger you should wipe both of them off with a clean cloth. This will not help if your fingers are wrinkled by too much time in the water.

The new iPhone 6s and iPhone 7 Touch ID sensor works better in wet situations, but it is not perfect if there is a lot of moisture.