The company’s iOS 11.2.6 update is yet another maintenance release for iPhone, iPad, and iPod touch users though it’s much smaller than iOS 11.2.5, the previous version of iOS 11.

iOS 11.2.6 is small, but it’s an important release for Apple’s mobile devices. In this guide we’ll take you through the key things to know, right now, about the iOS 11.2.6 update’s changes, its performance on the iPhone and iPad, iOS 11.2.6 problems, and what’s coming next from Apple.

The iOS 11.2.6 installation process took just about six minutes on Apple’s iPhone X. Mileage will of course vary from device-to-device.

If you’re running an older version of iOS 11 on your device, you’re looking at a larger download and a longer installation. For more on the download and installation, take a look at our guide. 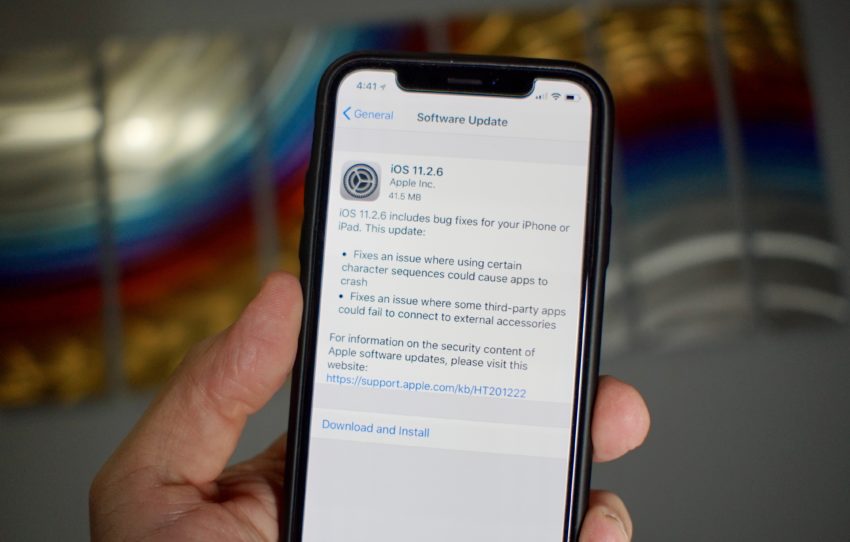 The iOS 11.2.6 update is causing problems for some iPhone and iPad users.

We’ve been using the iOS 11.2.6 update for several weeks on the iPhone X, iPhone 8, iPhone 7, and other iPhone and iPad variants. Here are a few quick notes about its performance.

iOS 11.2.6 battery life is currently stable. We haven’t noticed any weird drop after installing the software on our phones or tablets.

We haven’t noticed any connectivity issues. Wi-Fi speeds appear to be normal and we’re able to connect our devices to various Bluetooth devices including headsets and speakers. GPS and cellular data also appear to be functioning properly.

We haven’t noticed any major problems with core apps like Twitter, Slack, Asana, Gmail, Chrome, or Spotify. We also haven’t seen any UI lag on newer models though it continues to be a problem on older devices.

Most people should install iOS 11.2.6 to fix a crashing problem, but those of you using older devices and running older software need to be careful.

If you need feedback, take a look at our reasons to, and not to, install the iOS 11.2.6 update on your iPhone, iPad, or iPod touch today.

iOS 11.2.6 is focused on fixing a springboard issue. 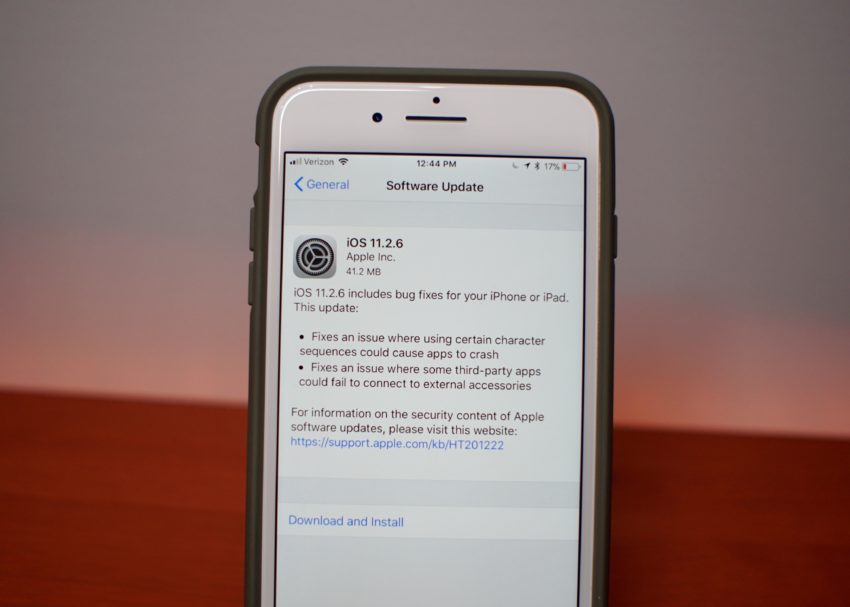 In February, iOS users discovered a rather nasty iOS 11.2.5 bug that allows people to send a specific character that crashes an iOS-powered device and blocks access to the Messages app. The bug can also block apps like Facebook Messenger, Gmail, Outlook, and WhatsApp.

Apple promised a fix and said fix is on board the iOS 11.2.6 update. If you’re concerned about this issue, we recommend upgrading to iOS 11.2.6 immediately.

iOS 11.2.6 also fixes an issue where some third-party apps could fail to connect to external accessories.

The iOS 11.2.6 update is causing a variety problems for iPhone and iPad users.

If you do run into an iOS 11.2.6 issue and you’re unable to fix the problem yourself, you’re stuck until Apple releases the next version of iOS 11.

Fortunately, the next iOS 11 update is right around the corner.

Jailbreak users should avoid the iOS 11.2.6 update for now.

The iOS 11.3 update is official and it’ll bring a nice list of changes to iPhone, iPad, and iPod touch including new battery features, new Animojis for the iPhone X, health records in the Health app, and more.

Apple hasn’t confirmed an official iOS 11.3 release date, but the update is expected to be out sometime this spring, probably sometime in late March or early April.

The company recently confirmed a fourth milestone upgrade in the form of iOS 11.4. iOS 11.4 is heading into beta soon ahead of an unknown release date. Like iOS 11.3, iOS 11.4 should deliver a mix of features, enhancements, fixes, and security patches.

Apple’s also working on an iOS 12 update and it’s expected to bring new emojis and more to the iPhone, iPad, and iPod touch.

Our first glimpse of iOS 11’s successor will likely come in June at WWDC 2018. The first iOS 12 beta is expected shortly after the company’s keynote on June 4th.