Apple’s pulled the iOS 13.3 update out of beta testing and the firmware is now available for iPhone models around the world.

The iOS 13.3 update serves as the third milestone upgrade for the company’s iOS 13 operating system which means it brings more than just bug fixes and security patches to iPhone users. It has some new features on board as well.

If your iPhone is currently running iOS 13.2.3, you get a fairly long list of features, bug fixes, and enhancements. It requires a fairly large download.

If you’re moving up from an older version of iOS, your iOS 13.3 update will be a little bit bigger because the changes from the iOS updates you missed are baked into the update.

We’ll start with our impressions of iOS 13.3 update’s performance on iPhone.

If you’re using an older version of iOS on your iPhone, you’ll see a larger download size because, again, your iOS 13.3 update brings the changes from the iOS updates you skipped.

If you’re already on iOS 13.2.3, the iOS 13.3 installation shouldn’t take more than 10 minutes to complete. It took about seven minutes to install on an iPhone X.

For more on the iOS 13.3 download and installation, take a look at our guide.

We’ve been using the iOS 13.3 update on the iPhone for several weeks now and here are some quick impressions of its performance:

If your iPhone’s performance is struggling on iOS 13.2.3 or another version of iOS 13, you might want to install the iOS 13.3 update right now.

If you need help making a decision, please check out our reasons to, and not to, install the iOS 13.3 update on the iPhone. It’ll help you to one side of the fence or the other. 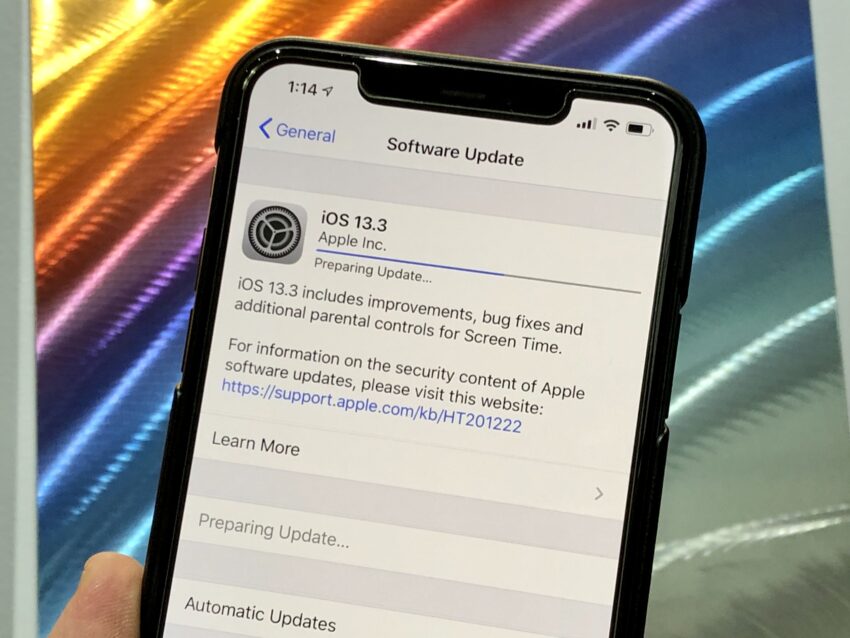 The iOS 13.3 is already causing problems for some iPhone users. Some of these problems are brand new, others have carried over from other versions of iOS.

If you run into an issue on iOS 13.3, please take a look at our list of fixes for the most common iOS 13-related problems. We’ve also released tips to improve iOS 13 performance and tips to fix bad iOS 13 battery life.

If you can’t handle iOS 13.3’s performance, note that you can no longer downgrade to a previous version of iOS 13.

Apple has stopped signing on iOS 13.2.3 which means you can’t use a loophole to drop back down in an effort to improve your device’s performance.

If your device is really struggling on iOS 13.3, you can also try moving to Apple’s iOS 13.3.1 beta though beta software typically isn’t an ideal daily driver.

Apple’s x.x updates always bring a mix of new features, bug fixes, and enhancements and that’s precisely what iOS 13.3 has on board. Here’s the full change log:

The iOS 13.3 update also brings 12 security updates to the iPhone. You can read about those right here on Apple’s website.

There is a jailbreak tool (dubbed checkra1n) that’s available for iPhone 5s-iPhone X running iOS 12.3-iOS 13.3. However, the jailbreak tool is currently in beta testing.

Jailbreak developers have also released a working jailbreak tool for iOS 12.4, but it doesn’t work with newer iPhone models like the iPhone 11 series and the company’s 2018 iPhone models.

If you want to jailbreak an iPhone XR, iPhone XS, or iPhone XS Max, you need to be on an older version of iOS 12. Unfortunately, there’s no way to downgrade to the previous operating system.

The iOS 13.3.1 update is confirmed and it’s currently in beta testing ahead of an unknown release date for the iPhone.

The update is a small point release (which means it probably won’t carry new features) and we expect it to fix bugs impacting Apple’s new Screen Time features.

Given the severity of the issue, look for iOS 13.3.1 to roll out sooner rather than later, probably sometime later this month.