Apple’s released a new version of iOS 13 for the iPhone and the iOS 13.1.2 update brings bug fixes for lingering issues with the new operating system.

iOS 13.1.2 is the latest maintenance release for the iOS 13 operating system and it carriers six important fixes on board.

If your iPhone is currently running iOS 13.1.1, you get the shortest list of changes and the smallest download size. If you’re moving up from iOS 13.0 or iOS 12, your iOS 13.1.2 update will be more substantial because the changes from the updates you skipped are baked into the firmware.

With that in mind, we want to guide you through the most important things to know, right now, about Apple’s iOS 13.1.2 update for iPhone.

We’ll start with our quick impressions of iOS 13.1.2’s performance.

If you’re currently running iOS 12, iOS 13.0 or iOS 13.1, you’ll see a larger download size because your iOS 13.1.2 update brings the changes from the updates you missed.

If you’re already on iOS 13.1.1, the iOS 13.1.2 installation should take less than 10 minutes to complete. It took about seven minutes to install on the iPhone X.

For more on the iOS 13.1.2 download and installation, take a look at our guide. 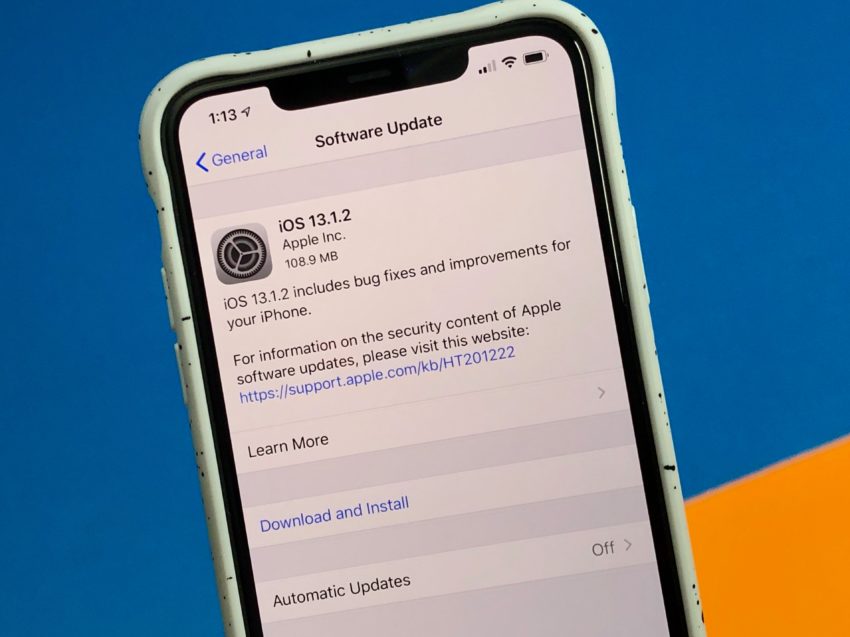 We’ve been using the iOS 13.1.2 update on the iPhone for a few days now and here’s what we’ve found:

If you’re struggling with bugs or performance issues on iOS 13.1.1 or another version of iOS, you might want to install iOS 13.1.2 right now. It could stabilize your iPhone’s performance.

If you need help making a decision, please check out our reasons to, and not to, install the iOS 13.1.2 update on your iPhone today.

We’ve published our short iOS 13.1.2 reviews for the iPhone X, iPhone 8, iPhone 7, iPhone 6s, and iPhone SE so check those for additional feedback if you need it.

If you can’t handle iOS 13.1.2’s performance on your phone, you’re on your own. Apple’s closed off the downgrade path back to older versions of iOS 13 and iOS 12.

If you’re really struggling, you might want to try moving to Apple’s iOS 13.2 beta.

The iOS 13.1.2 update doesn’t have any new features onboard. The update’s sole focus is on fixing issues plaguing iOS 13. 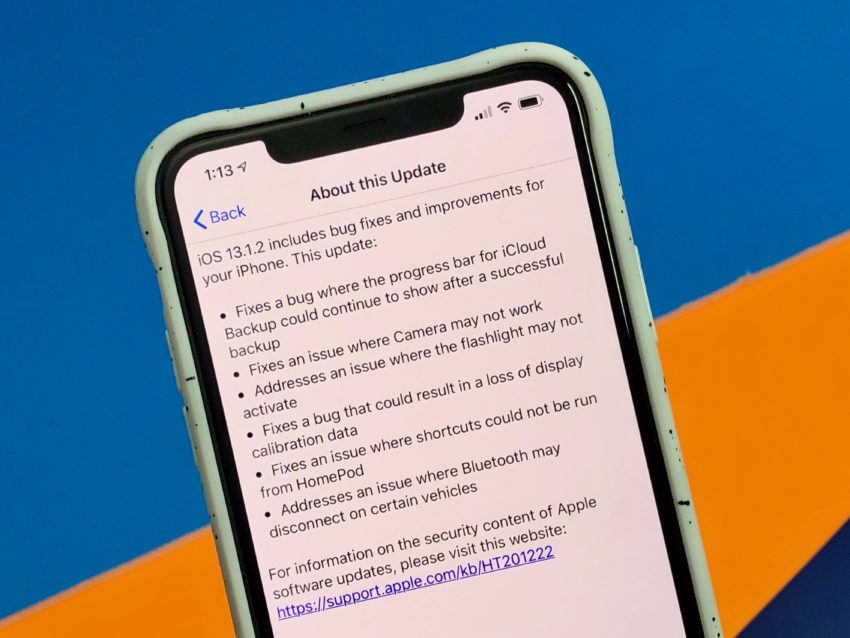 If you are dealing with any of these issues, you should update right now.

If you still jailbreak your iPhone, make sure you avoid iOS 13.1.2.

If you want to jailbreak your iPhone, you must stay put on iOS 12.

Apple’s confirmed a new version of iOS 13 and the iOS 13.2 update is currently in beta testing ahead of an unknown release date later this year.

As of right now, the iOS 13.2 update includes Apple’s Deep Fusion photography system for the iPhone 11 and iPhone 11 Pro and several other features including new emoji characters.

We also expect iOS 13.2 to include bug fixes, enhancements, and security patches. For more on iOS 13.2, please take a look at our guide.