With the Xbox One S you can play games with HDR and watch Blu-Rays and stream in 4K with HDR. You miss out on gaming in 4K, but that’s an extra $200 premium to upgrade to the Xbox One X.

Most Xbox One S deals include at least one free game to play on your new console. The best Xbox One S deal you can find is the 1TB Xbox One S for $199 when you buy Red Dead Redemption 2. This is available on new Xbox One S consoles through November 3rd. 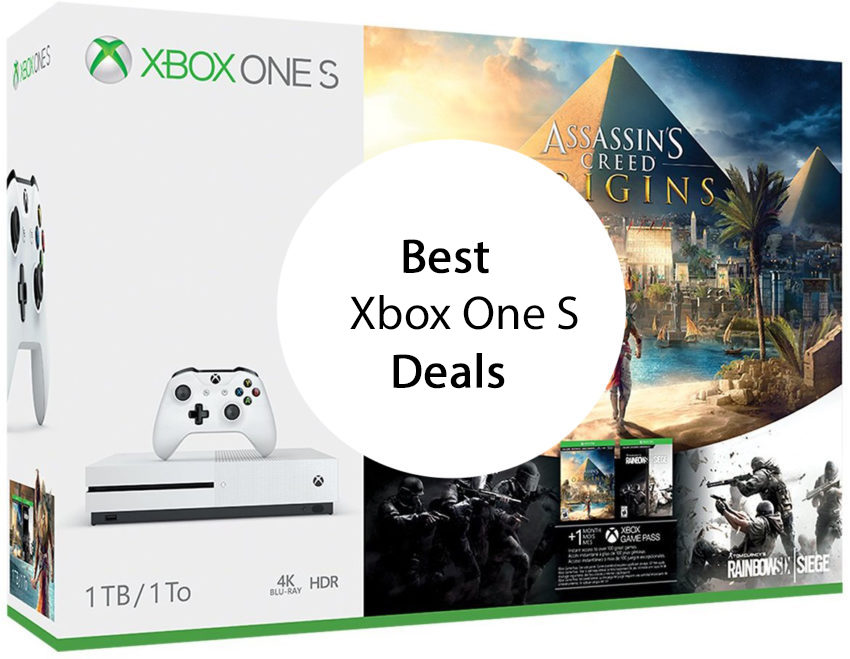 Use the best Xbox One S deals to save money on your new 500GB and 1TB console.

The GameStop deal requires you to buy Red Dead Redemption 2 for $60, and you can pick up a console that includes another game. This deal is available October 26th through November 3rd. It must be a new Xbox One console. You can stack on any trade-in value. 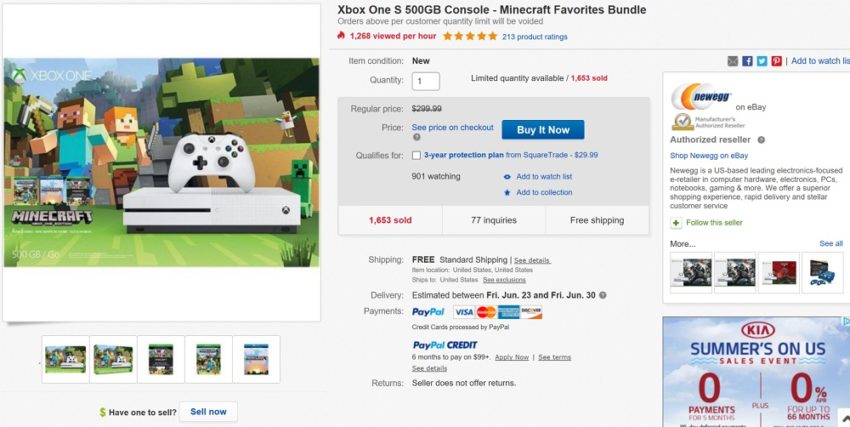 eBay is another good place to check for Xbox One S deals. Not all listings on the site are private auctions for used items. Newegg, Best Buy and other retailers sometimes offer big discounts on the Xbox One S through the site. These consoles cost less than at retailers, aren’t refurbished and don’t require you to bid for them. Xbox One S consoles with 500GB of storage and free shipping recently sold on eBay for $199.99. Check the Daily Deals section for the latest savings.

Used and refurbished consoles are the most consistent Xbox One S deals around. They’re always cheaper than buying a new console, and you never need to worry about them expiring. Used consoles do have blemishes and scratches. Remember to keep your receipt.

The Microsoft Store sometimes sells refurbished original Xbox One consoles for $179.99. Consoles refurbished by Microsoft have a 90-day limited warranty that covers anything wrong with them that isn’t your fault.

GameStop’s refurbished Xbox One S bundles start at $199. You have 7 days to return a used console to GameStop for a full refund.

We expect to see some Xbox One S Black Friday 2018 deals this year come close to the $100 off, but you will likely need to move fast or you will need to wait in line. You won’t likely need to buy a $60 game to get the deal.

If you want Red Dead Redemption 2, then you should get this deal today. If you don’t want the new game, then it is a good idea to wait for Black Friday 2018.

11 Reasons to Buy the Xbox One in 2020 & 3 Reasons To Skip It
Related Topics:Technologyvideo gamesXbox OneXbox One S