Apple’s iOS 12.2 update is out of beta and the milestone upgrade is now available for iPhone, iPad, and iPod touch users around the world.

iOS 12.2 is much bigger than the previous version of iOS 12 (iOS 12.1.4) and comes with a long list of changes including bug fixes, patches, enhancements, and new features.

In this guide we’ll take you through iOS 12.2’s known changes, iOS 12.2 problems, the iOS 12 downgrade status, and what we know about Apple’s next iOS 12 release.

iOS 12.2 requires a fairly sizable chunk of space on your internal storage.

If you’re running an older version of iOS 12, you’re likely see a much larger download size because, again, the features and fixes from any updates you skipped are baked into your version of the update.

If you’re currently running iOS 12.1.4, installing the iOS 12.2 update should take most 10 minutes or less. It took about eight minutes to install on the iPhone X.

For more on the iOS 12.2 download and installation, take a look at our guide. 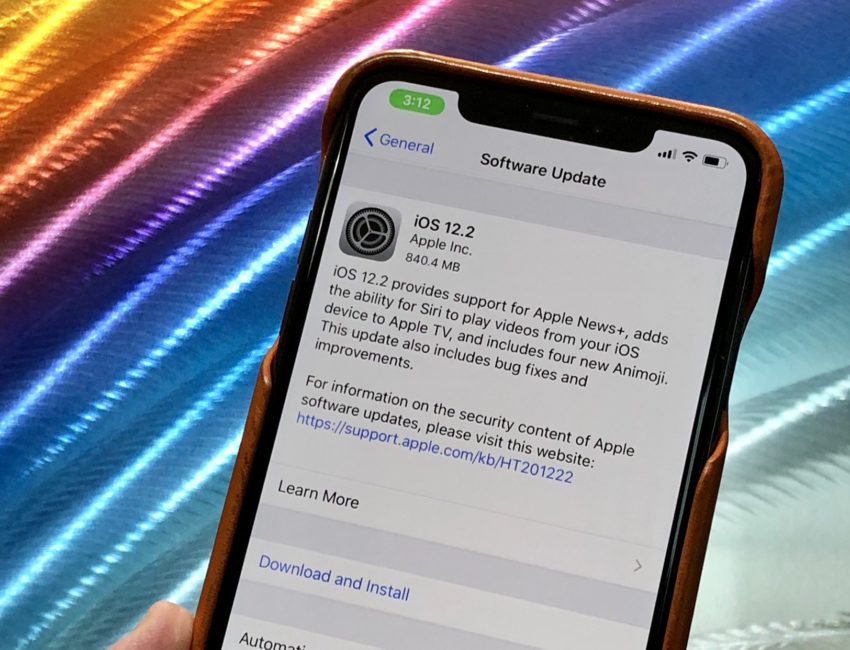 We’ve been using the iOS 12.2 update on several iPhone models for an extended period of time and here’s what we’ve learned thus far:

If you’re dealing with bugs or performance issues on iOS 12.1.4 or an older version of iOS, you should think about installing the iOS 12.2 update.

If you need help making a decision, check out our reasons to, and not to, install the iOS 12.2 update on your iPhone, iPad, or iPod touch right now.

We’ve also published short iOS 12.2 reviews for the iPhone X, iPhone 8, iPhone 7, iPhone 6s, iPhone 6, iPhone 5s, and iPhone SE so check those for feedback if you need it.

If you’re having a great experience on iOS 12.1.4 or an older version of iOS, make sure you dig into additional feedback before making the move to iOS 12.2.

Many iOS 12.2 users are running into bugs and performance issues.

If you can’t stand the iOS 12.2 update’s performance on your device, you’re on your own until Apple rolls out a new version of iOS 12.

Apple stopped signing on iOS 12.1.4 which means you can no longer use a loophole to downgrade to the previous version of iOS 12.

Fortunately, it looks like Apple’s next batch of bug fixes will probably arrive sometime later this month.

iOS 12.2 is a milestone upgrade which means it brings a nice mix of features, bug fixes, under-the-hood improvements, and security patches for potential exploits.

One key feature on board the iOS 12.2 update is Apple News for Canada. Apple News in Canada supports both English and French and readers gain access to a bilingual experience if they follow a channel in a second language.

Apple’s improved the quality of the audio messages sent in the Messages app in iOS 12.2. The company’s switched to a new Opus codec at 24000 Hz. With iOS 12.2 on board, .CAF files will sound a lot better.

The iOS 12.2 update also brings a new Motion & Orientation Access toggle that’s turned on by default. This toggle has to be switched on in order for websites to display features that rely on the motion data from the gyroscope and accelerometer.

With the release of iOS 12.2, app developers can now offer discounted subscriptions to past subscribers as a way to get those customers back. The company recently confirmed the plans on its App Store Connect site. Here’s how it works:

It also includes a fix for lingering Group FaceTime issues and additional security patches. You can read about those patches right here. 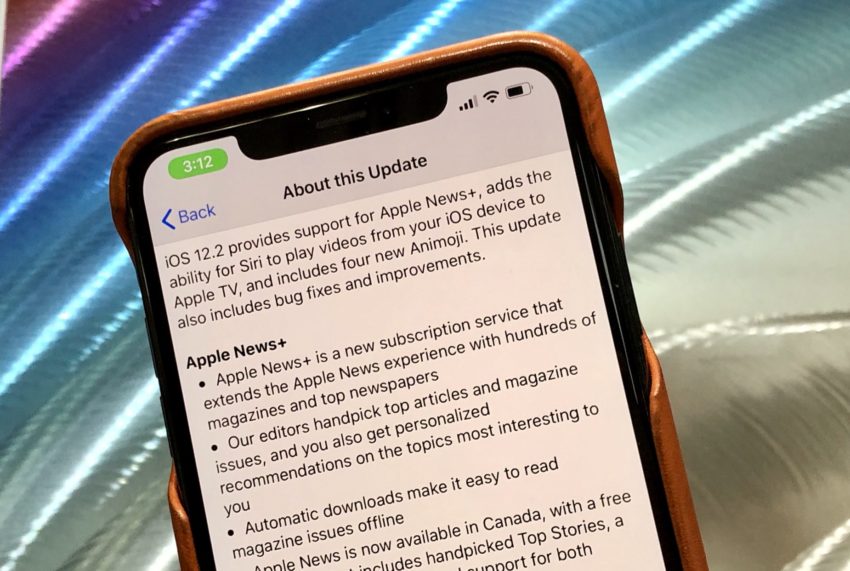 The iOS 12.2 update also includes other improvements and bug fixes including:

Jailbreak developers haven’t released an iOS 12.2 jailbreak and it’s unclear if we’ll get one in 2019.

The only way you can jailbreak a device right now is if it’s running an older version of iOS (iOS 11-iOS 12.1.2). Unfortunately, there’s no way to downgrade.

Jailbreak developers haven’t confirmed anything for iOS 12.2 so iPhone and iPad users should avoid the update until we have more clarity.

The next version of iOS 12 is another big upgrade.

Apple’s confirmed a iOS 12.3 update and the software is in beta testing ahead of a release later this year. We expect the software to touch down sometime in May ahead of the iOS 13 reveal at WWDC 2019 in early June.

The iOS 12.3 update is a milestone release which means it will carry more than just bug fixes and patches. You can expect some new features as well. The beta features major changes to the Apple TV application.

If you’re struggling on iOS 12.2 or simply want to give iOS 12.3 and its changes a try before the official release, you can do so via the iOS 12.3 beta.

The iOS 12.3 beta is available for all iOS 12-powered devices.