Apple’s released its highly anticipated iOS 12.3 update and the software is available for all iOS 12-powered iPhone, iPod, and iPod touch models.

After a lengthy stint in beta, iOS 12.3 is here. Like iOS 12.2, iOS 12.3 is a milestone upgrade which means it carries more than bug fixes and security enhancements. It also has some new features on board.

If you’re currently running iOS 12.2, you get the shortest list of changes. If you’re moving from iOS 12.1.4 or an older version of iOS 12, you’ll get a much larger update because the features and fixes from those updates are on board your version of iOS 12.3.

With that in mind, we want to take you through everything there is to know about Apple’s latest firmware.

In this guide to the iOS 12.3 update we’ll take you through iOS 12.3’s known changes, iOS 12.3 problems, places to look for feedback, and our impressions of the software.

If you’re currently running iOS 12.2, installing the iOS 12.3 update should take 10 minutes or less. It took right around six minutes to install on the iPhone X.

For more on the iOS 12.3 download and installation, take a look at our guide. 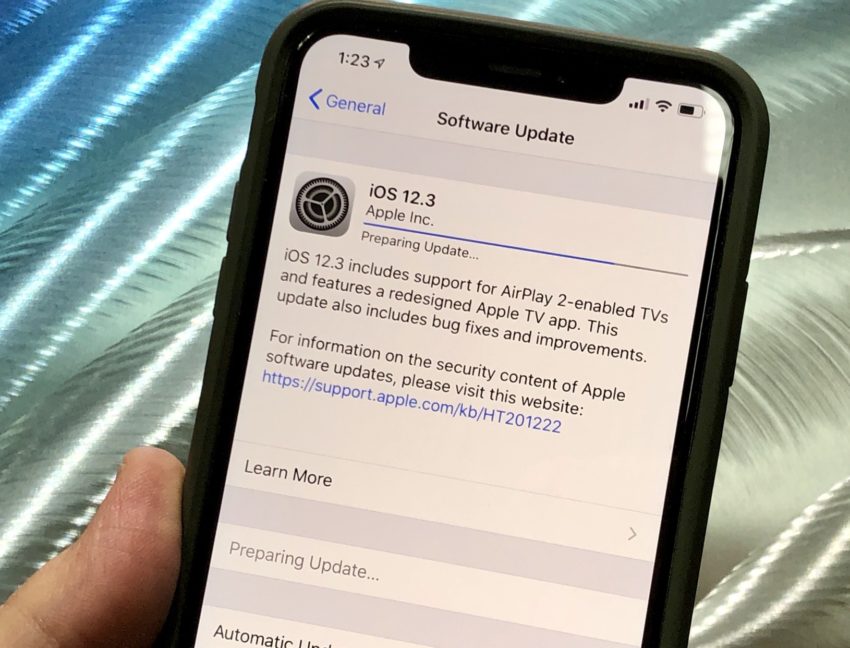 We’ve been using the iOS 12.3 update on our iPhones and iPads for an extended period of time and here’s what we’ve learned thus far:

If you’re dealing with bugs or performance issues on iOS 12.2 or another version of iOS 12, you should think about installing the iOS 12.3 update today.

If you need help making a decision, check out our reasons to, and not to, install the iOS 12.3 update on your iPhone, iPad, or iPod touch right now.

We’ve published our short iOS 12.3 reviews for the iPhone X, iPhone 8, iPhone 7, iPhone 6s, iPhone 6, iPhone 5s, and iPhone SE so check those for additional feedback if you need it.

If you’re having a great experience on iOS 12.2 or an older version of iOS, make sure you dig into additional feedback before jumping up to iOS 12.3.

iOS 12.3 users are reporting a variety of bugs and performance issues.

If you can’t stand iOS 12.3’s performance on your phone or tablet, you can try downgrading to the previous version of iOS 12. It might help.

Apple is signing on iOS 12.2 which means you use a loophole to downgrade to the previous version. If iOS 12.2 was running well on your device, this is a solid option.

iOS 12.3 is a milestone upgrade which means it comes with a mix of features, bug fixes, under-the-hood improvements, and security patches. 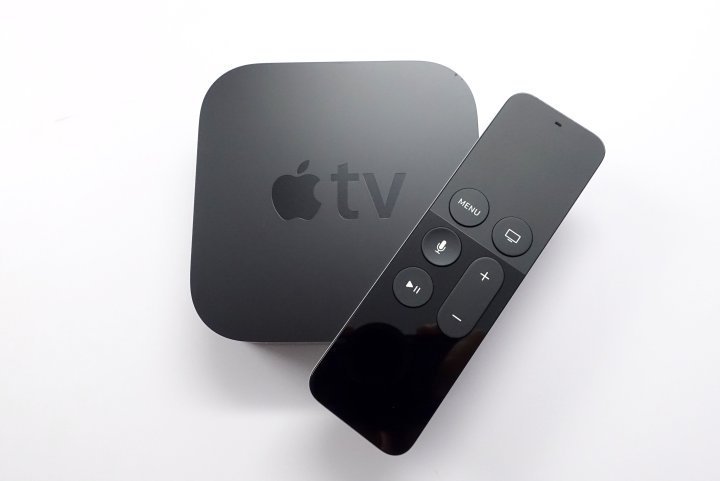 iOS 12.3 brings a new TV app icon and several upgrades to the Apple TV app itself including a new look and new features.

You’ve still got the classic “Watch Now” and “Up Next” section, but Apple’s included a brand new learning-based recommendation engine that suggests content you might like based on your preferences and viewing history.

There’s also a brand new “Channels” feature in the TV app. Channels are subscription-based services you can sign up for and watch in the TV app without having to open another application.

The all-new Apple TV app is now available for Samsung Smart TVs. So is AirPlay 2. 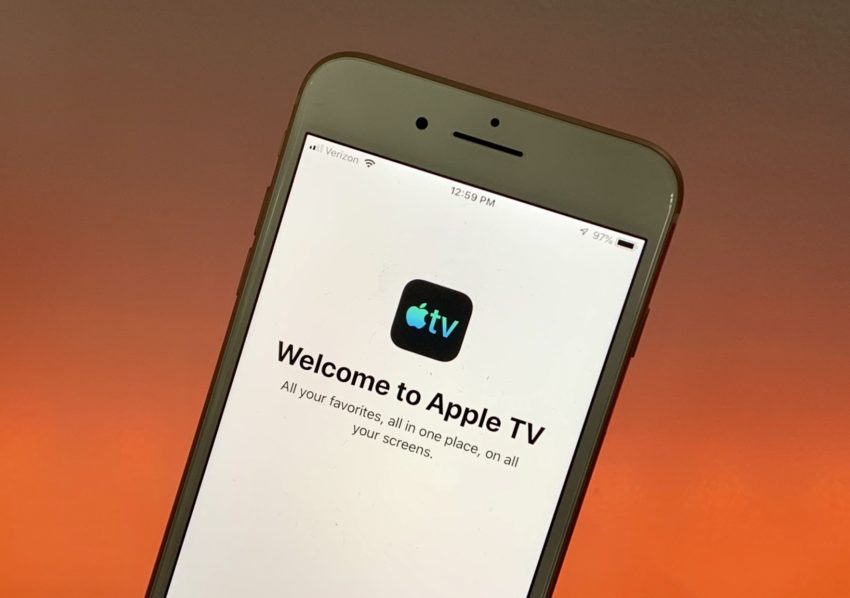 Here is the full list of changes on board iOS 12.3:

Jailbreak developers have released working iOS 12 jailbreaks, but there are some limitations and problems you need to be aware of.

You can jailbreak using the Chimera tool if you’re running iOS 12.0-iOS 12.1.2. It’s a semi-tethered jailbreak and it supports newer models like the iPhone XS.

You can also use the unc0ver jailbreak tool. Unfortunately, devices using the A12 processor like iPhone XR, iPhone XS and iPhone XS Max aren’t supported.

The only way you can jailbreak a device right now is if it’s running an older version of iOS 12. Unfortunately, there’s no way to downgrade to these versions of iOS 12.

Apple’s confirmed iOS 12.4 and it’s currently in beta testing ahead of a release later this year. We expect the software to launch this summer alongside the Apple Card credit card.

Like iOS 12.3, iOS 12.4 is a milestone update which means it will carry a mix of bug fixes, security patches, enhancements, and features.

That said, we expect another version of iOS to arrive before iOS 12.4. 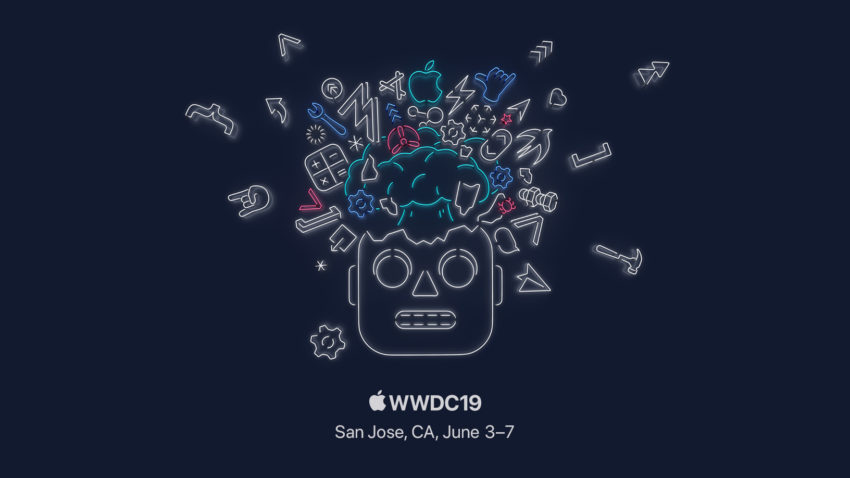 WWDC 2019 kicks off on June 3rd and it’s there that we’ll likely learn about Apple’s upcoming iOS 13 operating system. We’ve heard quite a bit about it already and the company should fill in some more blanks during its keynote.

Shortly after the conclusion of the keynote, we expect Apple to release the first iOS 13 beta for iPhone, iPad, and iPod touch giving users a chance to test the software long before its release this fall alongside the 2019 iPhones.

For more on iOS 13, take a look at our walkthrough.