Apple’s released its long-awaited iOS 12.4 update for iPhone, iPad, and iPod touch and the new milestone update brings some big changes to the company’s mobile devices.

It took several months, but Apple’s pulled the iOS 12.4 update out of beta and the software is now available for all devices capable of running iOS 12.

Unlike iOS 12.3.1 and iOS 12.3.2 (iPhone 8 Plus only), iOS 12.4 is a milestone release which means it brings more than just bug fixes and security patches. It has some new features on board as well.

If your device is currently running iOS 12.3.1 or iOS 12.3.2, you get the shortest change log. If you’re running an older version of iOS 12, your iOS 12.4 update will be much bigger because the features and fixes from the updates you skipped are baked into your upgrade.

With that in mind, we want to take you through everything you need to know about Apple’s newest, and perhaps final, version of iOS 12.

In this guide we’ll take you through iOS 12.4’s known changes, iOS 12.4 problems, some places to look for feedback about the software’s performance, and our impressions of the update thus far.

If you’re currently on an older version of iOS 12, you’ll see a larger download size because, again, you’ll get the features and fixes from any iOS updates you skipped.

For more on the iOS 12.4 download and installation, take a look at our guide. 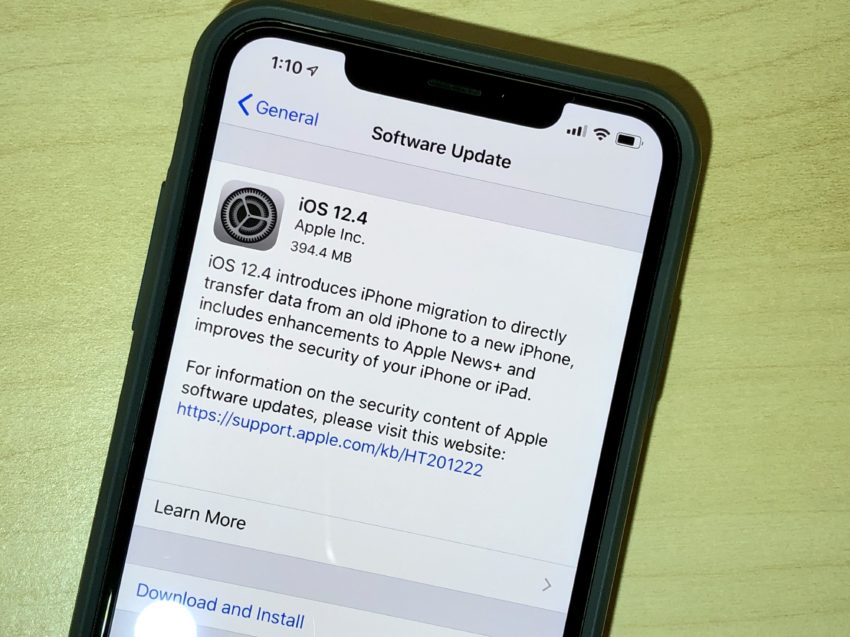 We’ve been using the iOS 12.4 update on our iPhones and iPads for several weeks now and here’s how it’s performing as we push into September:

If you’re dealing with bugs or performance issues on iOS 12.3.1 or another version of iOS 12, you’ll probably want to install iOS 12.4 right now.

If you need help making a decision, check out our reasons to, and not to, install the iOS 12.4 update on your iPhone, iPad, or iPod touch right now.

We’ve also published our iOS 12.4 reviews for the iPhone X, iPhone 8, iPhone 7, iPhone 6s, iPhone 6, iPhone 5s, and iPhone SE so check those for additional feedback if you need it.

If you can no longer tolerate iOS 12.4’s performance on your device, you’re on your own.

Unfortunately, you can’t downgrade to anything older than that either. Apple’s closed up the downgrade path to iOS 12.2, and below, as well.

iOS 12.4 is a milestone upgrade which, again, means it carries new features.

Other improvements and fixes

iOS 12.4 also includes support for HomePod in Japan and Taiwan and 19 security patches.

There are a couple of ways to jailbreak iOS 12.

If you own a newer iPhone model, you can jailbreak iOS 12 using the Chimera tool. However, your device needs to be running iOS 12.0-iOS 12.1.2.

Unfortunately, there’s currently no way to downgrade to any of those updates.

The company hasn’t confirmed iOS 12.4 or iOS 12.5 and with the iOS 13 release getting closer, there’s a chance the company jumps right to iOS 13.

If that’s the case, iOS 12.4 will be the last update for devices like the iPhone 5s, iPhone 6, and iPhone 6 Plus. None of them will get upgraded to iOS 13.

That said, Apple accidentally unpatched a vulnerability in iOS which in turn led to the release of an iOS 12.4 jailbreak tool. We expect Apple to patch this up soon so there’s a chance we see iOS 12.4.1 arrive before iOS 13. 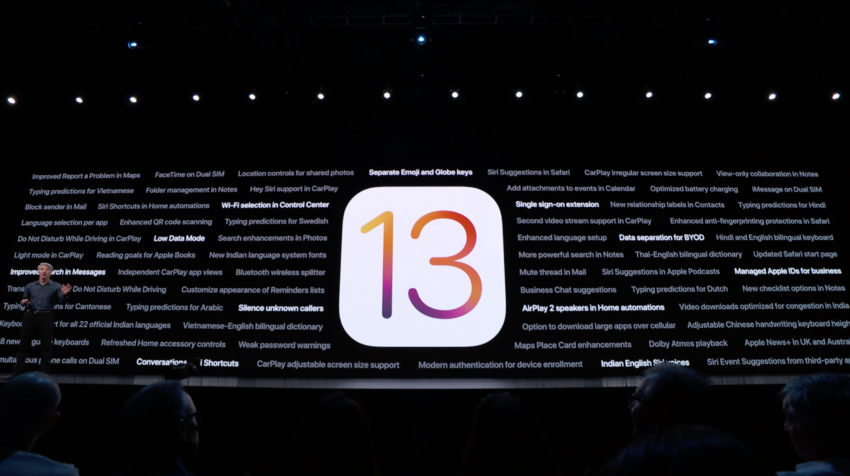 iOS 13 and iPadOS 13 will bring performance improvements and a tons of new features including Dark Mode, a swipe keyboard, and much, much more.

We expect Apple to pull iOS 13 and iPadOS 13 from beta sometime in September, shortly after the company launches its 2019 iPhones.