The iOS 12.3.1 release came without warning. iOS updates typically go through a beta testing period, but the fixes on board iOS 12.3.1 apparently couldn’t wait for iOS 12.4.

Unlike iOS 12.3, iOS 12.3.1 is a maintenance release which means it’s focused on fixing problems within the operating system. It doesn’t bring any new features to iPhone, iPad, or iPod touch models.

If you’re currently running iOS 12.3, you just get bug fixes with your upgrade. If you’re running an older version of iOS, your iOS 12.3.1 update is more substantial because you’ll get the features and fixes from the iOS updates you skipped.

With that in mind, we want to take you through everything you need to know about Apple’s newest version of iOS 12.

In this guide we’ll take you through iOS 12.3.1’s known changes, iOS 12.3.1 problems, some places to look for feedback about the software’s performance, and our impressions of the update so far.

If you’re upgrading from iOS 12.3, your download should be right around 80MB. The iOS 12.3.1 update is a 77.9MB download for iPhone X owners and it’s similar download size for other iPhone models.

If you’re running an older version of iOS 12, you’re going to see a larger download size because, again, the features and fixes from updates you skipped are baked into your update.

If you’re currently running iOS 12.3, installing the iOS 12.3.1 update should take less than 10 minutes. It took about five minutes to install on an iPhone X.

For more on the iOS 12.3.1 download and installation, take a look at our guide.

We’ve been using the iOS 12.3.1 update on our iPhones and iPads for an extended period of time and here’s what we’ve found thus far:

If you’re dealing with bugs or performance issues on iOS 12.3 or another version of iOS 12, you’ll probably want to install iOS 12.3.1 right away.

If you need help making a decision, check out our reasons to, and not to, install the iOS 12.3.1 update on your iPhone, iPad, or iPod touch right now.

We’ve published our iOS 12.3.1 reviews for the iPhone X, iPhone 7, iPhone 6s, iPhone 6, iPhone 5s, and iPhone SE so check those for additional feedback if you need it.

If you’re having a great experience on iOS 12.3 or an older version of iOS, make sure you dig into additional feedback before jumping up to iOS 12.3.1.

iOS 12.3.1 users are reporting a variety of bugs and performance issues. 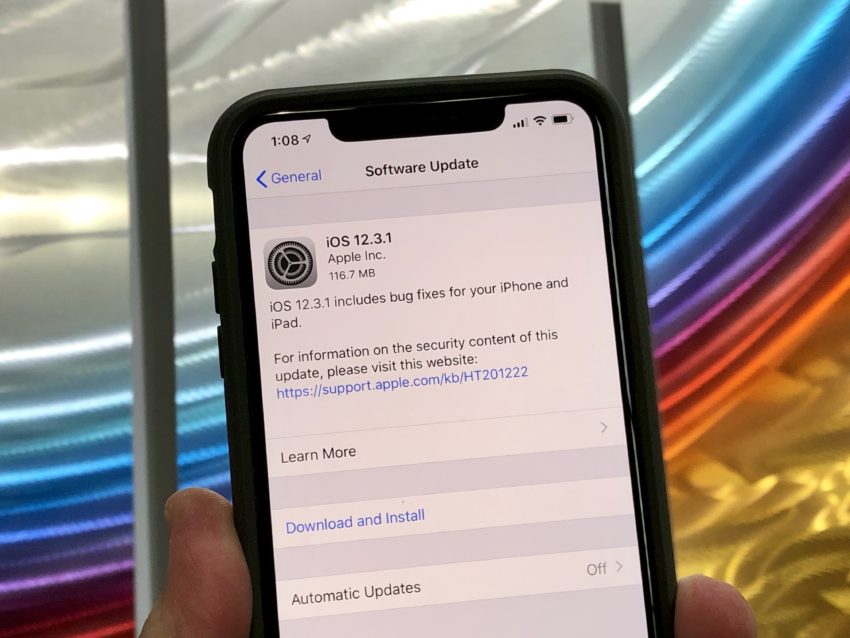 If you can’t stand iOS 12.3.1’s performance on your phone or tablet, you can try downgrading to the previous version of iOS 12. It might help.

Apple is still signing on iOS 12.3 which means you use a loophole to downgrade to the previous version. If iOS 12.3 was running well on your device, this is a solid option.

You can’t downgrade to anything older than iOS 12.3. Apple has closed up the iOS 12.2 downgrade path.

The iOS 12.3.1 update is a small release and it carries a few fixes for issues with the Messages app and VoLTE calls. Here’s the full change log:

If you want to jailbreak your device you can jailbreak using the Chimera tool, but only if you’re running iOS 12.0-iOS 12.1.2. It’s a semi-tethered jailbreak and it supports newer models like the iPhone XS.

You can also use the unc0ver jailbreak tool. Unfortunately, devices that use the A12 processor (like iPhone XR, iPhone XS and iPhone XS Max) aren’t supported.

For more on the iOS 12.3.2 update for iPhone 8 Plus, please take a look at our guide. It goes over everything you need to know about the firmware. 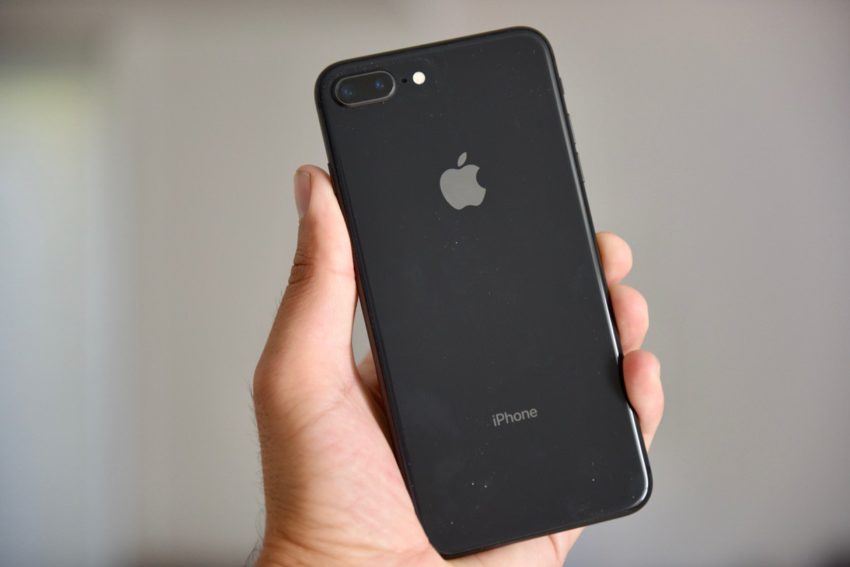 Unless Apple releases a surprise iOS 12.3.3 update, and this point that’s unlikely, the next version of iOS 12 for iPhone (including the iPhone 8 Plus), iPad, and iPod touch will be iOS 12.4.

Apple’s confirmed iOS 12.4 and the update is in beta testing ahead of a release later this year. We expect the software to launch sometime this summer alongside the Apple Card credit card. Apple is currently on iOS 12.4 beta 6 which means an official release is close.

Like iOS 12.3, iOS 12.4 is a milestone update which means it will carry a mix of bug fixes, security patches, enhancements, and features. 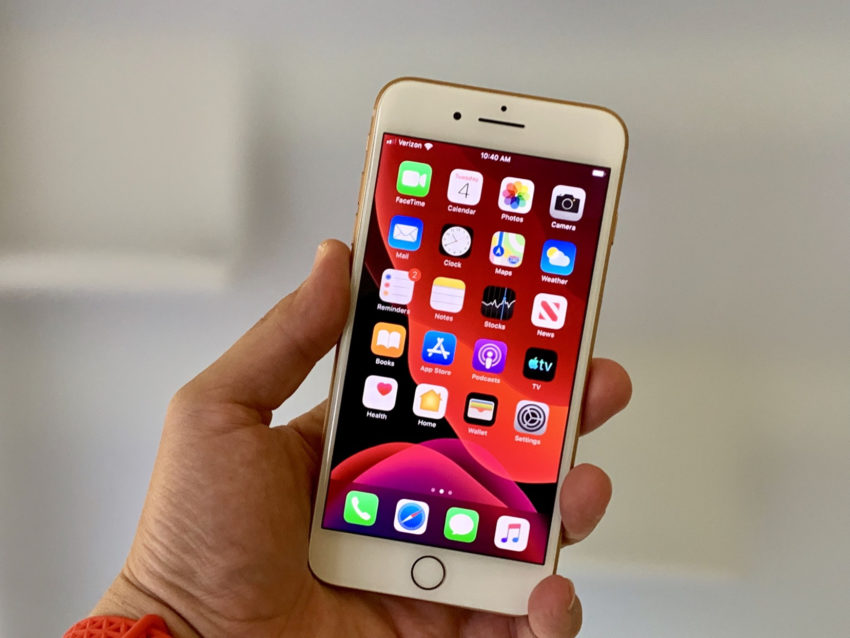 Apple’s confirmed new operating systems for iPhone and iPad and the first betas are available to developers and the general public right now.

iOS 13 and iPadOS 13 come with performance improvements and a slew of new features including Dark Mode, a swipe keyboard, and much, much more.