Bethesda’s rolling out a new June Fallout 4 update to Xbox One, PlayStation 4, and Windows PC users and this update appears to deliver some fresh Creation Club content to all three platforms.

Bethesda continues to support Fallout 4 with new content as we push toward the Fallout 76 release date this fall. Last month the developer trotted out a substantial 2GB patch and today it’s back with another huge Fallout 4 patch.

We don’t know a ton about the 1.10.100 patch right now, the developer hasn’t posted the official change log yet (it never posted one for the May update), but here are a few things we do know about the download and the update’s contents.

The June Fallout 4 update is known as 1.10.100 for the Xbox One. Those of you who own a PlayStation 4 will see a different version number.

PC players are reporting another tiny 80MB download, the May patch was also tiny on PC, but the update is much bigger for console owners. The update for Xbox One X users in the United States is a 854MB download.

It took us about two minutes to download and install the June patch on the Xbox One X.

Those of you that’ve fallen behind on Fallout 4 updates will likely see a much bigger download thanks to the patches you missed. If you own an Xbox One X and you skipped the 1.10.50 update, you’ll be looking at a 17GB+ download.

If you don’t have a ton of space available on your console or Windows PC, you’ll need to make room for this patch. It’s a mandatory download for all players, not just those who want to secure new content from the Creation Club.

If you want to skip the June patch download, you can put your console into offline mode and play Fallout 4 offline.

Bethesda hasn’t posted the official change log, but it looks like this update unlocks some of the Creation Club content the developer teased earlier this year.

We’ve spotted several of the Creation Club items Bethesda showcased back in May though some of the items remain missing in action.

A few of the other items Bethesda teased in May still haven’t appeared in the Creation Club marketplace for us. The missing items are a series of new Pip-Boy paint jobs:

It’s unclear when these items will appear or how much they’ll cost when they do. 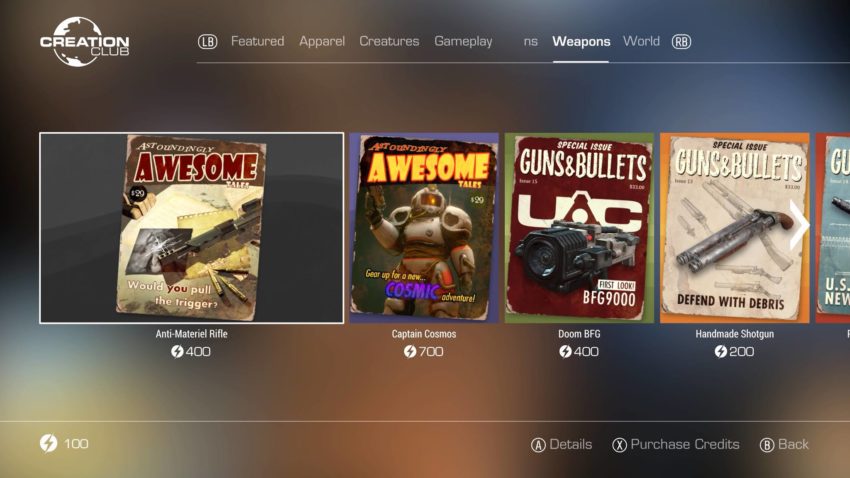 The developer’s also teased several other Creation Club items though none of them have gone up for sale in the Creation Club just yet. 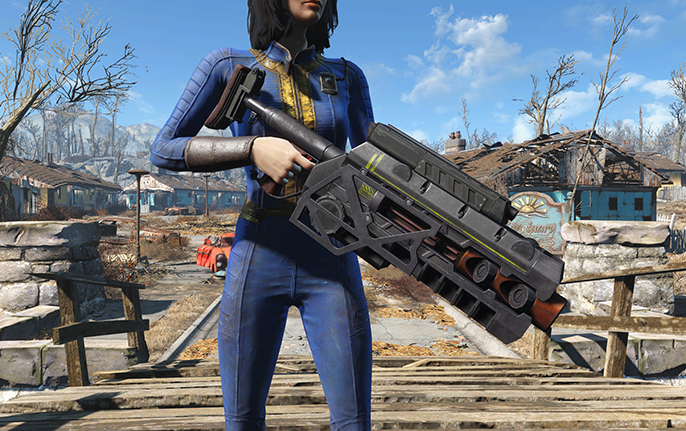 We don’t know how many Creation Club Credits each will cost because none of these items have appeared on the Creation Club marketplace yet.

Keep an eye out for these items as we push away from the update’s release date. 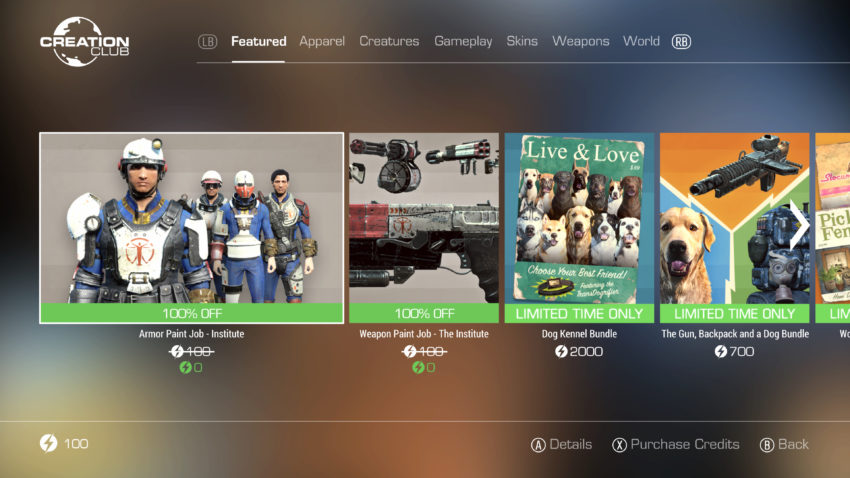 Both of those items are free.

Fallout 4 patches typically come with bug fixes though it’s unclear if the June patch comes with remedies for bugs and lingering performance issues.

If you start encountering problems with the latest patch, you’ll want to take a look at our list of fixes for common Fallout 4 problems.