Bethesda’s pushed a brand new Fallout 4 update to Xbox One, PlayStation 4, and Windows PC users and it looks like it’ll deliver a fresh round of Creation Club content.

Its been a little over a month since the last Fallout 4 update and the developer is filling the void with a new, and rather mysterious, May patch. We don’t know a ton about the patch right now, the developer hasn’t posted the change log, but here are a few things we do know about the download and the update’s contents.

PC users are reporting a tiny 80MB download, but the update is far more substantial for the Xbox One and PlayStation 4. PS4 and Xbox One users on the latest version of the game are facing a mandatory 2.5GB download.

Those of you who have fallen behind on updates will likely see a much bigger download. Bethesda’s previous update, the April patch, was nearly 1GB.

It took us just less than five minutes to download and install the newest update on the Xbox One X.

If you don’t have a ton of space available on your device, you’ll need to make room for this patch. Again, it’s a mandatory download for all players, not just those who want the latest bug fixes and content.

If you want to skip the patch, you can put your console into offline mode and play the game offline.

Bethesda hasn’t posted the official change log, but it looks like this update will bring some of the Creation Club content the developer teased last week. 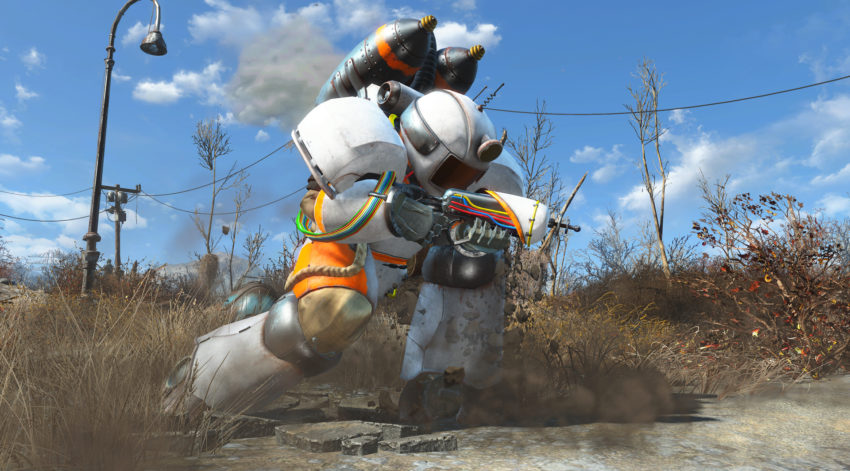 Those poking around in Fallout 4 files have discovered file names that correspond with the items the developer showcased earlier this month. The list includes: 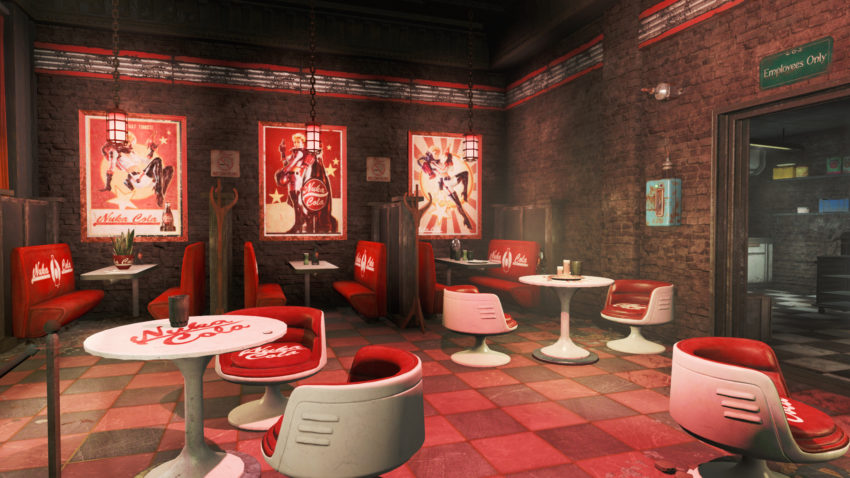 It’s unclear how many Creation Club Credits each will cost because none of these items have appeared on the Creation Club marketplace yet.

Bethesda’s running a series of Creation Club deals at the moment including some big discounts on bundles like the Gun, Backpack, and a Dog bundle. 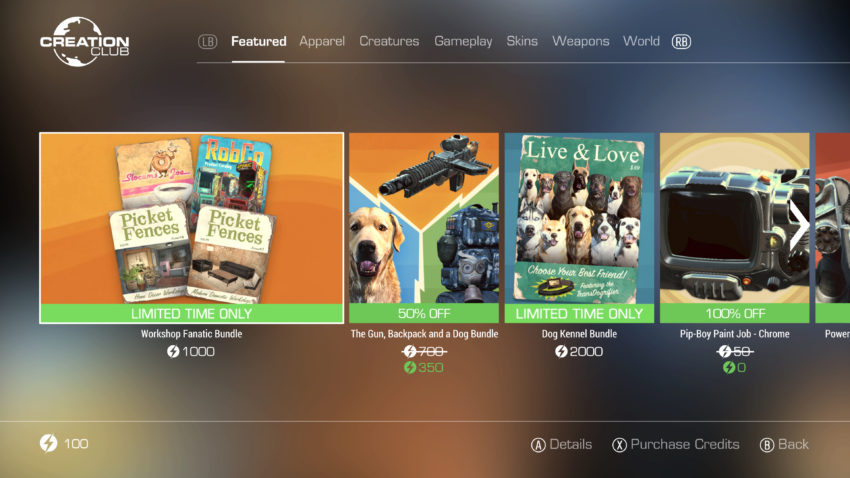 You can also snag some items, like the Chrome Pip Boy Paint Job and the Chrome Power Armor Paint Job, for free for a limited time.

Bethesda’s Fallout 4 patches typically come with bug fixes though it’s unclear if this update fixes any lingering problems with the game on PS4, Xbox One, or PC.

According to one user, a resource glitch (and other bugs) is still intact after the update so it looks like those of you who utilize said exploit can continue doing so for the foreseeable future.

If you start noticing issues with the game after downloading the latest patch, please take a look at our list of fixes for common Fallout 4 problems.