The $100 bundle nets you a copy of the GOTY version of Fallout 4 (base game and all six DLC expansions) and the original Pip Boy accessory from 2015.

The Pip Boy is a tool that the Sole Survivor (Fallout 4’s main character) uses to monitor things like inventory and radio stations. The Pip Boy coming with the Game of the Year Edition bundle will let you to monitor all of these things in Fallout 4, from your wrist, using a smartphone and Fallout’s Pip Boy app.

It’s unclear how much stock Bethesda and its retail partners will have on hand this time around but there’s always a chance it could sell out before its street date.

Go Hands-on, If You Can

We don’t know how long the new Pip Boy Edition bundle will be available. This could also be the last time Bethesda sells the original Pip Boy gadget. It would be wise to make a decision to buy sooner rather than later.

The Pip Boy Edition is expensive and it won’t be worth the investment for many people. 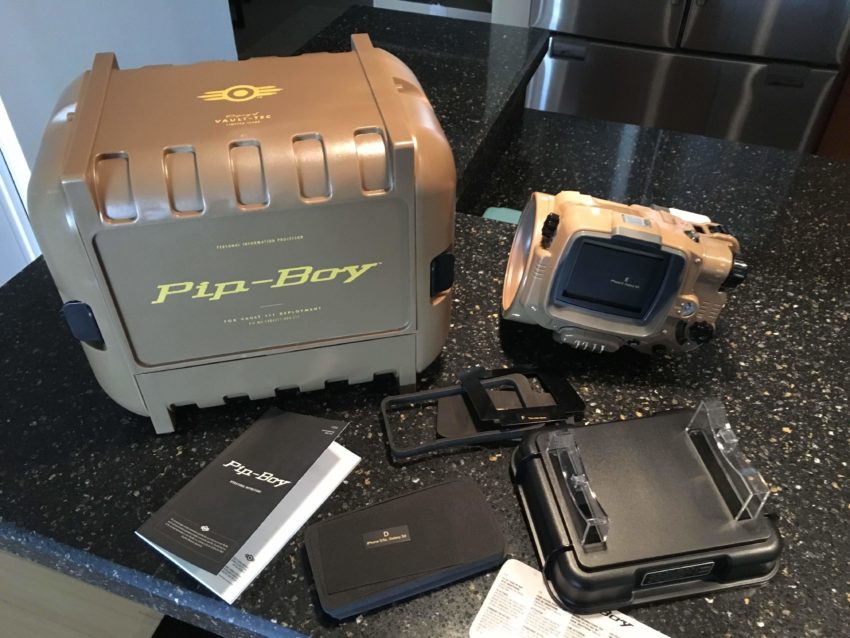 If you know someone that has a Pip Boy or has used a Pip Boy, it’s probably a good idea to ask them about their experience and go hands-on. You might also check out our review. If you aren’t a collector and or a cosplayer, you probably don’t need it.

Remember, you can still use the Fallout 4 companion application on your smartphone without the Pip Boy. The Pip Boy just enhances the experience.

If You Think You Want It, Buy It Now

The regular Fallout 4 Game of the Year Edition is $60 but the Pip Boy Edition is $100. That’s actually $20 less than the original bundle from 2015. If pre-orders sell out, you could be looking at steeper price points on Craiglist and eBay.

If you know you want a Pip Boy, it might be a good idea to put in an order through a retailer like Amazon, GameStop, or Bethesda, right now. $100 could be the cheapest you find the bundle all year.

Retailers like Amazon allow you to cancel pre-orders without penalty so even if you think you might want one, it might be a good idea to put in an order just to be safe.

How to Check for Stock

Now In Stock allows you to setup alerts that will notify you when the Pip Boy Edition goes out of stock and when new inventory emerges.

You’ll also want to keep a close eye on reseller pricing. While we’ve seen some exorbitant pricing at eBay, there’s always a chance that someone will have mercy in the months ahead.

Maybe someone has two pre-orders and they decide to sell their other one at face value. If that happens, you’ll want to be all over it. Problem is, you won’t know about the deal unless you’re checking sites on a semi-regular basis.

Checking places like eBay takes a few minutes at most and you might save yourself a lot of time and money if you periodically check in the days leading up to September. 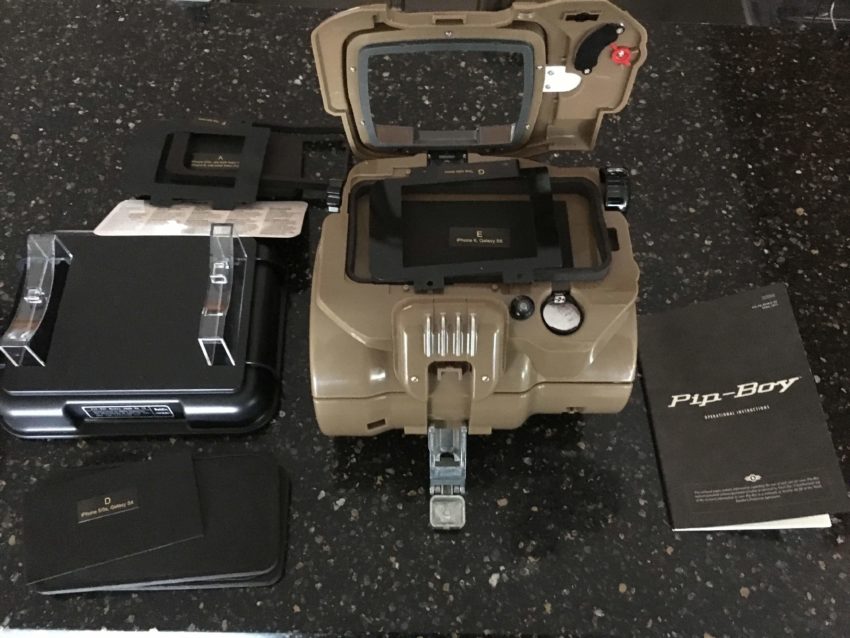 We don’t see the price dipping below the current $100 price point anytime soon. We could see some deals during the holidays but that’s far from guaranteed.

You’re going to have to shell out for this game one way or another so you’ll want to stash some money away to help make your future purchase a little bit easier on the wallet and bank account.

The Pip Boy Won’t Work With Some Phones

If you own a large phone like the iPhone 6 Plus or Samsung Galaxy Note 4, note that the Pip Boy is not going to fit a phone that size.

Unless Bethesda’s made some big changes to the dimensions of the Pip Boy, you can expect the same from the glorified phone case that’s included in this year’s bundle.

You shouldn’t expect the Pip Boy Edition to fit the rumored iPhone 7s Plus or iPhone 8. It probably won’t fit the Samsung Galaxy Note 8 either.

So, if you own a big phone or are planning on buying one this year, keep that in mind as we push toward the game’s release.

Again, we don’t expect to see retailers drop the price of this game before the release. This is a popular game and a very popular accessory.

If you’re lucky, we could see some deals emerge during Black Friday and the holidays. That is, if the bundle is still in stock.

Now for some tips for those of you have already pre-ordered the Fallout 4 GOTY Pip Boy Edition.

The first thing you’ll want to do is keep an eye on your pre-order as we push toward September. This will become particularly important once we start getting closer to the game’s street date.

We expect Bethesda and its retail partners to honor all of its pre-orders but you just never know. Stock shortage or not, we almost always see some orders get fouled up before a game’s release date so you’ll want to be extremely vigilant.

We recommend documenting all of your important information, including order number, just in case something goes wrong in the weeks ahead.

Keep your information up-to-date otherwise you could run into some problems with your pre-order.

For instance, if you cancel your credit card anytime between now and the game’s release, make sure that you update your pre-order to reflect that. If you change your address, make sure you update that too.

These are little things that people often forget when a game is out of sight. Out of sight, out of mind. Our advice is to make the change to your pre-order as soon as you possibly can.

No-brainer but a tip nonetheless. If you already pre-ordered the game, you shouldn’t cancel your pre-order. If you do that, you may not be able to pre-order again and you could be looking at a hefty price on the resale market.

If you decide that you don’t want the game, you might want to check in at a place like the Fallout Reddit to see if someone wants to buy your pre-order/game from you.