If you want to improve the user experience on Apple’s smartwatch, here are 10 Apple Watch settings to change.

While the Apple Watch has been available for over six months now, it’s still a very new device that many consumers are still buying, and with Christmas right around the corner, we wouldn’t be surprised to see new Apple Watch owners at the start of the new year.

Plus, the Apple Watch just recently received its first major software update in the form of watchOS 2, which included a handful of bug fixes, performance improvements, and some new features.

Whether you’re a new owner of an Apple Watch or an early adopter, it’s never to late to change around some settings and customize some things to improve the experience for you. While it’s just a smartwatch, there are a lot of different settings that you can play around with, some of which you may not have explored in depth that much.

While you may have been using your Apple Watch just fine over the last six months or so, there might be some settings that you’ve been ignoring. Here are 10 Apple Watch settings to change right now.

By default, your Apple Watch will alert you about every notification under the sun, but you can customize which apps send you notifications and which ones don’t. 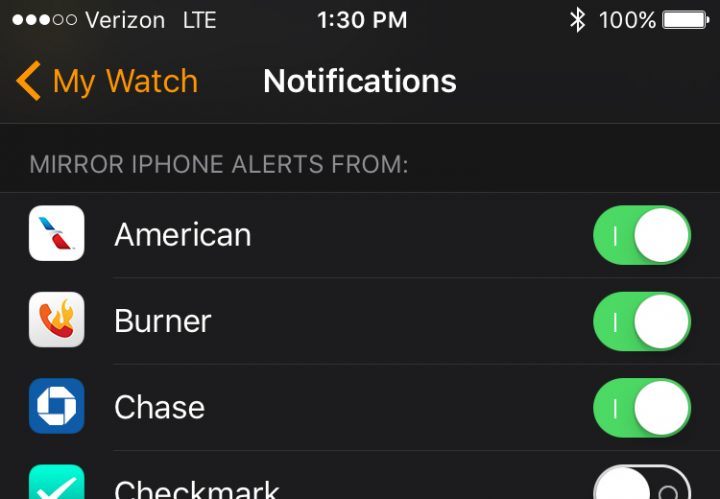 In the Apple Watch app on your iPhone, tap on Notifications and scroll down to the list of apps that you have installed on your Apple Watch. There will be a toggle switch next to each one.

Your Apple Watch has a cool feature where it will automatically turn on the screen when you raise your wrist, which is useful and all, but you can customize what appears when you do this. 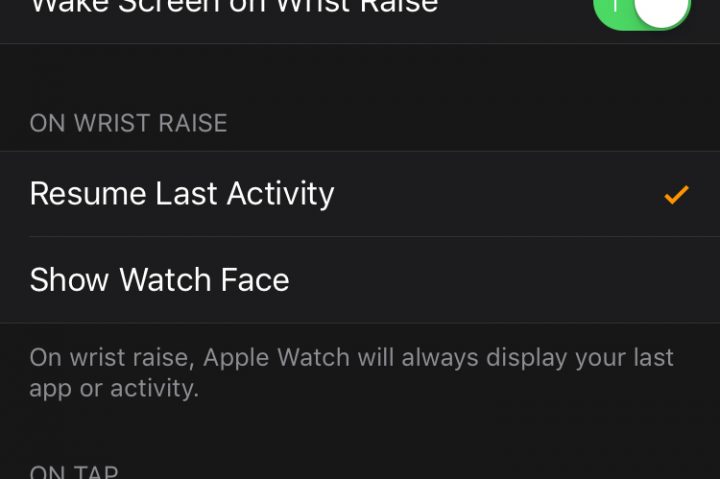 Through the Apple Watch app on your iPhone, you can choose to have your Apple Watch show the watch face every time you raise your wrist, or you can have it show the last activity or app that you were on.

To customize this, open up the Apple Watch app and then navigate to General > Wake Screen. Under the section titled On Wrist Raise, select either Resume Last Activity or Show Watch Face. Remember that if you don’t select Resume Last Activity, any app that you had open will close when the screen goes off.

On the Apple Watch, Glances can be accessed by swiping up on the screen when you’re viewing the watch face and you can control which Glances appear or not. Essentially they’re mini-apps that you can get to quickly. 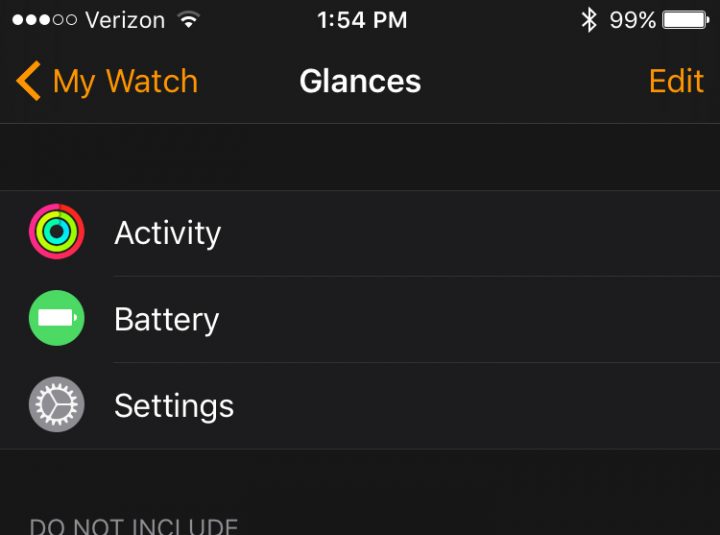 Go into the Apple Watch app and select Glances. Tap on Edit in the top-right corner and you can then drag and drop Glances that you want to include or not include.

Perhaps one of the first settings you’ll want to change is the look of the watch face, since that’s the main attraction on the Apple Watch by far, and it’s what you’ll look at the most. 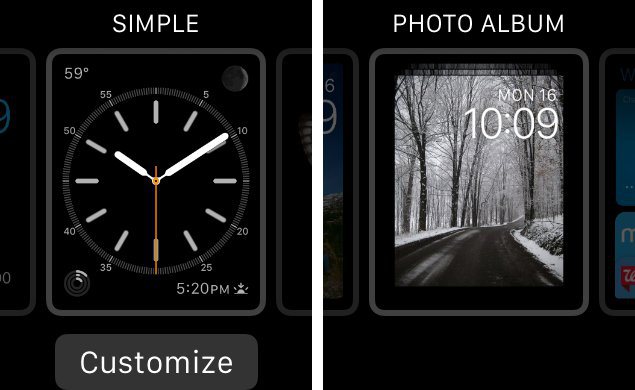 You can choose from Apple’s default watch faces or create your own custom watch face out of Apple’s different options that they offer. Simply just press down hard on the Apple Watch screen to bring up the ability to swipe through different watch faces.

You’ll have a dozen or so stock watch faces to choose from, but you can scroll all the way to the right to add a new watch face that you can customize.

By clicking the Digital Crown, you can access all of the apps that are installed on your Apple Watch, but if you want to customize the layout of these apps, you can do so from your iPhone. 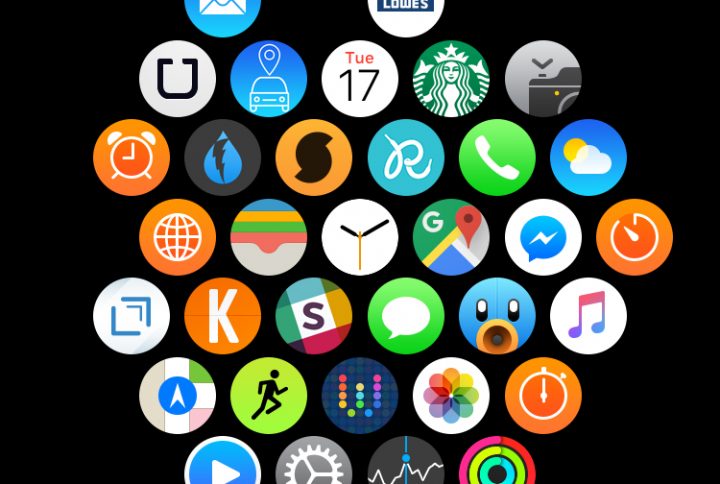 From the Apple Watch app, select App Layout and you’ll see how your apps are currently laid out on your Apple Watch, but by tapping and holding on an app, you can drag it to anywhere on the screen and adjust where apps are placed.

I would love just a basic app layout like on the iPhone, but with just bunched together like this, you just have to make due with what you have, and reorganizing your apps is a great way to make that happen.

You can adjust how powerful the vibration is on your Apple Watch, but if you’ve turned it all the way up and still wish it was a bit more powerful, it might be a good idea to enable Prominent Haptic. 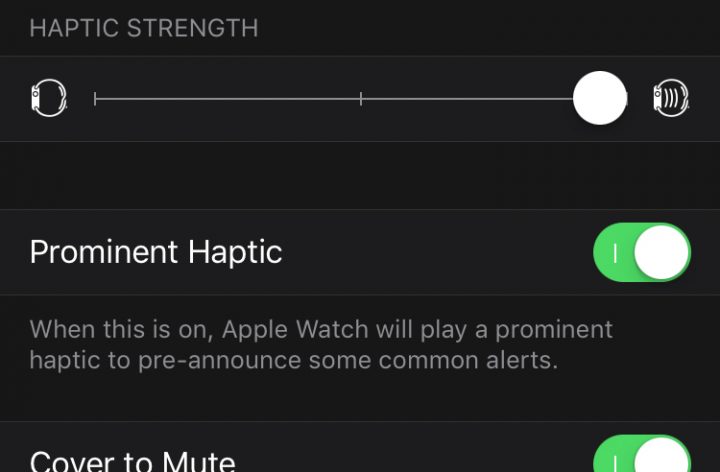 Prominent Haptic is marketed as an alert before the actual alert arrives, sort of like giving you a heads up, but it simply just adds a bit more vibration to your Apple Watch alerts if anything.

While you’re in that same section of the Apple Watch app, go ahead and enabled Silent Mode, which will turn off all audible alerts on your Apple Watch. 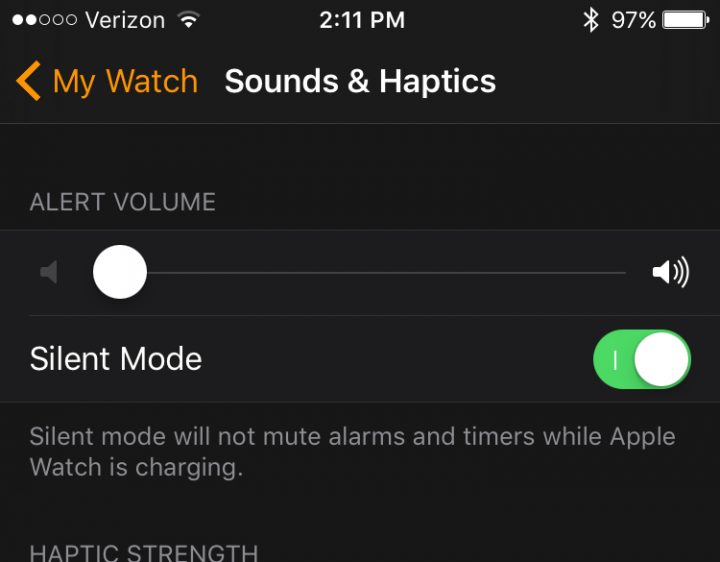 Let’s face it, if you have vibration enabled on your Apple Watch, you don’t need a loud and annoying alert to go along with it, so it’s just a good idea to turn off sounds on your watch for good.

Don’t worry, though, you’ll still receive notifications with a haptic tap on your wrist every time.

When you install new apps on your iPhone, you can have your Apple Watch automatically install the Apple Watch version of the app, but if you’d rather not have that happen, you can disable this. 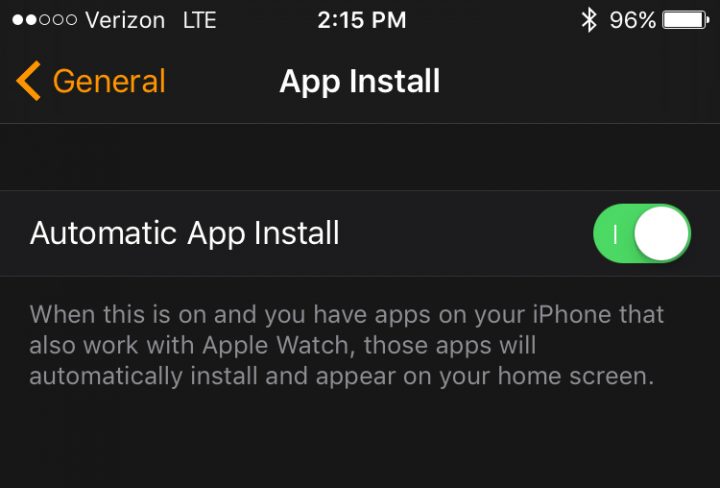 In the Apple Watch app, go to General > App Install and disable Automatic App Install. In the future, any new iPhone apps that you install will not automatically install on your Apple Watch.

For current apps that were automatically installed in the past, go back to the main page in the Apple Watch app and scroll down to the app that you want to uninstall. Tap on it and then disable Show App on Apple Watch.

If you haven’t yet enabled the passcode on your Apple Watch, you’re missing out on an extra layer of privacy and security. 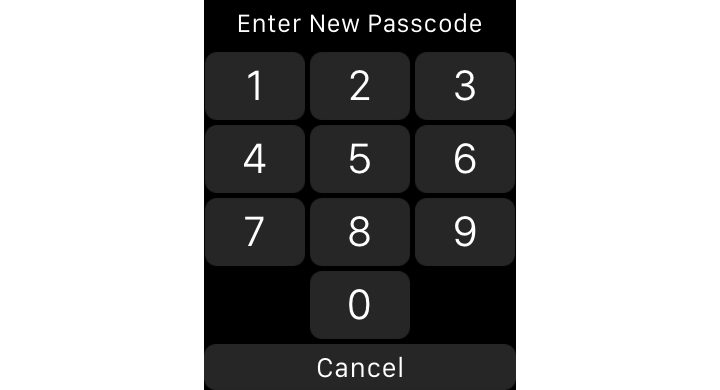 Having a passcode on your Apple Watch isn’t as inconvenient as you may think, as you only have to enter it in once whenever you’re wearing the watch. Plus, you need a passcode enabled anyway if you want to use Apple Pay.

To add a passcode, open up the Apple Watch app and select Passcode. From there, tap on Turn Passcode On at the top. Then follow the steps to enable the passcode on your smartwatch.

This might be a controversial decision, and there are some users who genuinely like getting these notifications, but one setting that I changed was turning off the Stand reminders. 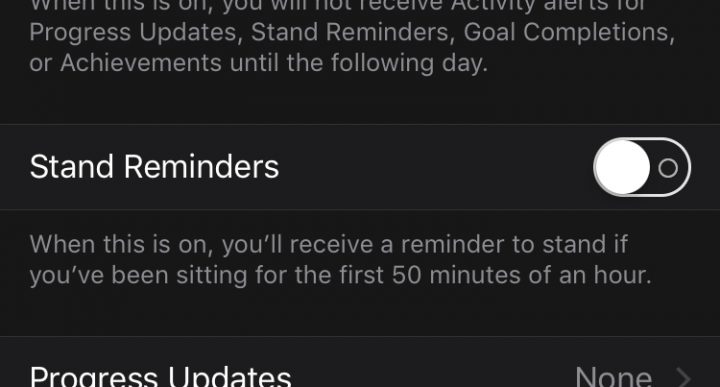 To turn them off, select Activity in the Apple Watch app and then tap on the toggle switch next to Stand Reminders to turn them off.

Basically, your Apple Watch can remind you to stand and move around every hour so that you’re sitting for long periods of time. However, I’ve found the notifications to be more annoying than helpful.

I stand most of the day anyway using a standing desk, so I definitely do plenty of standing as it is, and then when I wind down in the evenings with a movie, I’ll get a reminder on my Apple Watch to stand, which is annoying more than anything.

62 Exciting Things You Can Do With the Apple Watch
Related Topics:AppleApple WatchsmartwatchesWearables