The Travel Power Bank is about the size of two Apple Watch bodies side-by-side, but it’s small enough to fit on a keychain if you want, and it even comes with a keyring attached for such purposes.

The device comes with a 1,300mAh battery, which Griffin says is just enough juice to deliver four full charges to your Apple Watch before you’ll need to charge up the battery pack itself eventually. 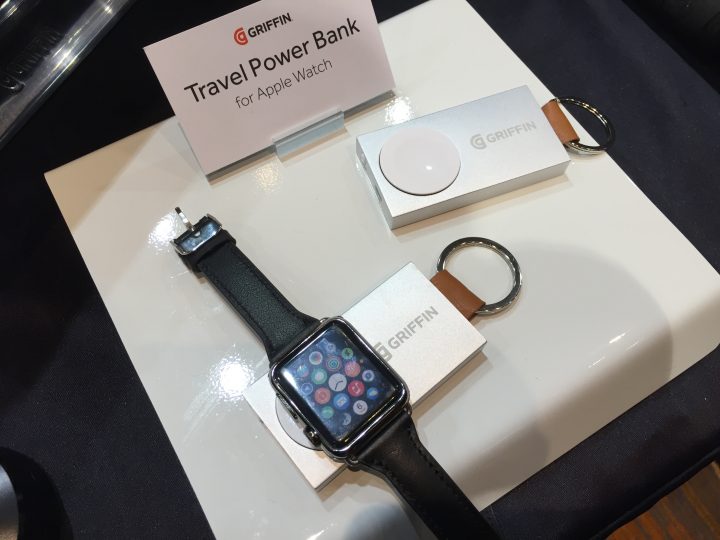 The Travel Power Bank will become available at some point during the second quarter later this year and will be priced at $69 when it releases.

Griffin also announced a couple of new Apple Watch bands, one of which is the Uptown leather band and the other being the Trainer band. 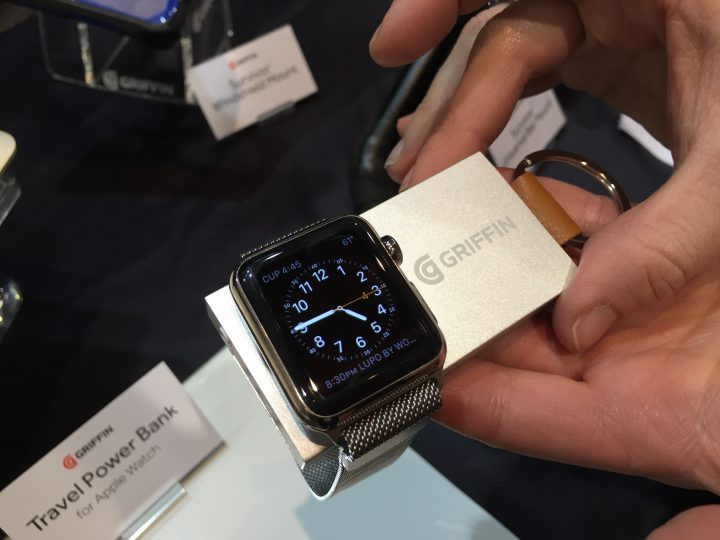 The Uptown is a double-looped leather band similar to that of Hermes’s Double Tour band, which costs several hundreds of dollars. The Uptown, though, will be priced at only $59 when it releases later in the year and will come in a variety of colors.

The Trainer band is made out of silicone and is ideal for working out and sweating in. The Trainer will cost only $39 and will also come in a handful of colors. Specific release dates for all of Griffin’s new products haven’t been disclosed, but we should be hearing more about that later in the year.