It wasn’t long ago that T-Mobile did away with contracts and moved to offering smartphones for equal monthly payments. No early termination fee – if you wanted to leave the carrier, you just paid off your phone and went.

Now, in what seems to be a first-of-its-kind offering, the company is making Apple Watch available for the same deal. Starting this Friday – which is also the launch day for Apple’s new iPhone 6s and iPhone 6s Plus – T-Mobile will let customers pick up an Apple Watch Sport for zero money down. Zero-interest payments are spread out over two years. 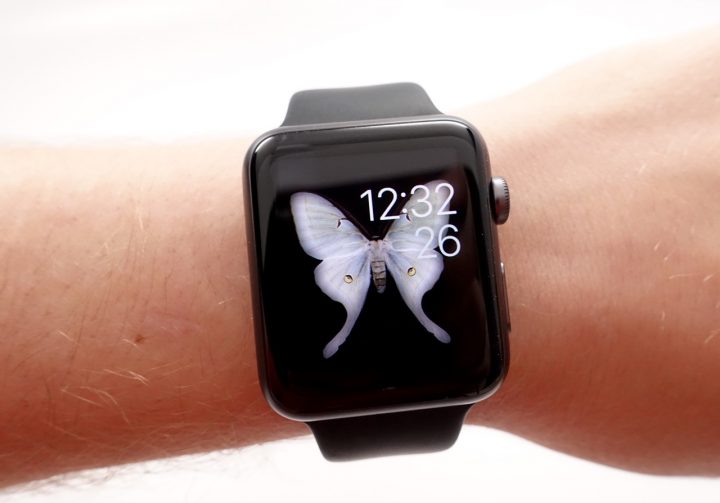 Unlike buying a smartwatch from Apple’s retail stores, you won’t be able to come in, try on the Watch, and pick out any band you want – instead, there’s a limited selection of Watch bands available – the most popular choices are packaged in, however, and you’ll still be able to buy additional bands directly from Apple.

The available models include:

T-Mobile is limiting the financing option to in-store purchases made at one of the company’s 203 participating locations.  You can find a full list here.

Buyers who pick up a 38mm model can expect to pay just $14.54 a month for two years, and an additional four cents the final month. If you want a 42mm Apple Watch Sport, you’ll need to shell out $16.62 each month, with the final month costing an additional twelve cents.

If you’re content to pay full price – or just not lucky enough to live near one of the limited cities – you’ll be able to snag one of the Sport packages on T-Mobile’s website (a nice option if you’d prefer to pick up a phone at the same time). They’ll also be offering the stainless steel Apple Watch with a White Sport Band, and Spack Black stainless steel model with Black Sport Band, in both sizes, on their website.

65 Exciting Things You Can Do With the Apple Watch
Related Topics:AppleApple WatchiPhone 6siPhone 6s PlusT-Mobile