5 Things to Know About the watchOS 6.2.6 Update

There are no features called out with this update, but it does include security fixes that Apple will likely outline in the coming hours. We believe the iOS 13.5.1 update is in response to the iOS 13.5 jailbreak that arrived in May.

Our guide covers watchOS 6.2.6 performance, any known problems with watchOS 6.2.6, the compatibility of the update, any known changes or new features, and what’s next for the Apple Watch in 2020.

Let’s start with what’s new in watchOS 6.2.6, and the performance after a short period of testing with the update on the Apple Watch 5.

This is a bug fix and security-focused update, and that means there are no new watchOS features announced. There could be something under the hood, but that seems unlikely given the timing and release notes.

Apple did not update the security page yet with specific security fixes for watchOS 6.2.6 or iOS 13.5.1. This is likely bringing fixes for the security holes that allowed an iOS 13.5 jailbreak tool in May. 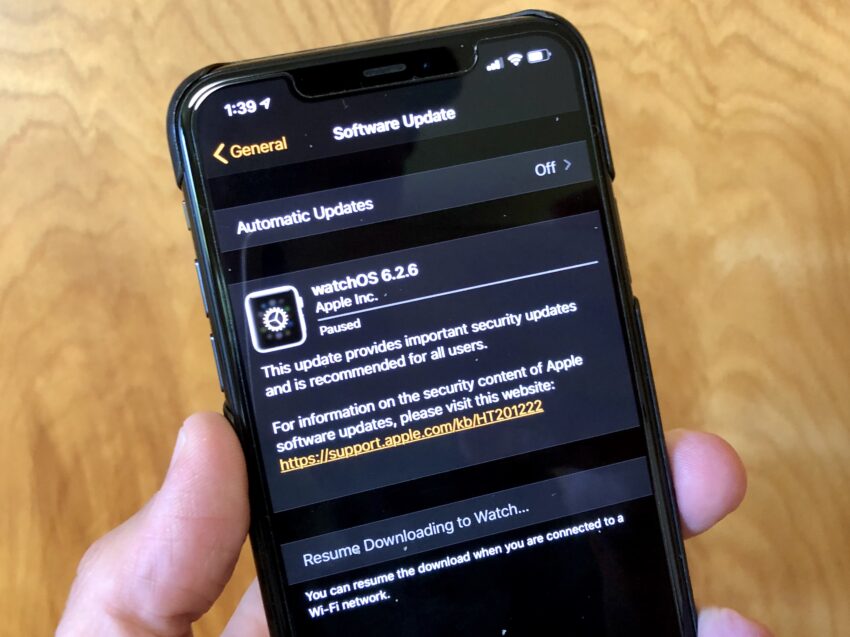 I’ve been testing watchOS 6.2.6 on the Apple Watch 5 for the last hour. This is what I’ve learned so far from this update.

The watchOS 6.2.6 update is compatible with all Apple Watches that run watchOS 6. This includes the Series 1 through Series 5. You need to install iOS 13.5.1 before you are able to install this update, so you need an iPhone that supports this update.

You will not likely be able to use an Apple Watch on watchOS 6.2.6 with an iPhone on iOS 13.5 that is jailbroken, so keep this in mind.

This is a small update that focuses on security issues. That is a sign that we may not see a lot of issues. We are checking our Apple Watch devices for watchOS 6.2.6 problems and we are monitoring social media. The good news right now is that we did not experience any major issues and overall there are no widespread reports of watchOS 6.2.6 problems yet.

What’s Next for watchOS?

We will likely see at least one more watchOS 6 update this year that adds in new features and fixes issues. We should be learning about watchOS 7 at WWDC in June, which will allow us to understand what new Apple Watch features are coming in 2020 and which models will get the update.

WWDC is scheduled for June 22nd, which is when we will know a lot more about the future of watchOS updates.

65 Exciting Things You Can Do With the Apple Watch
Related Topics:AppleApple WatchTechnologyWatchOSwatchOS 6.2.6