If you’re looking at the Apple Watch Series 3 primarily for its functionality and convenience, look no further than the base aluminum models. If you’re fashion conscious, then you may want to splurge on a more expensive Apple Watch.

These are the four major choices you’ll need to make when buying an Apple Watch Series 3: 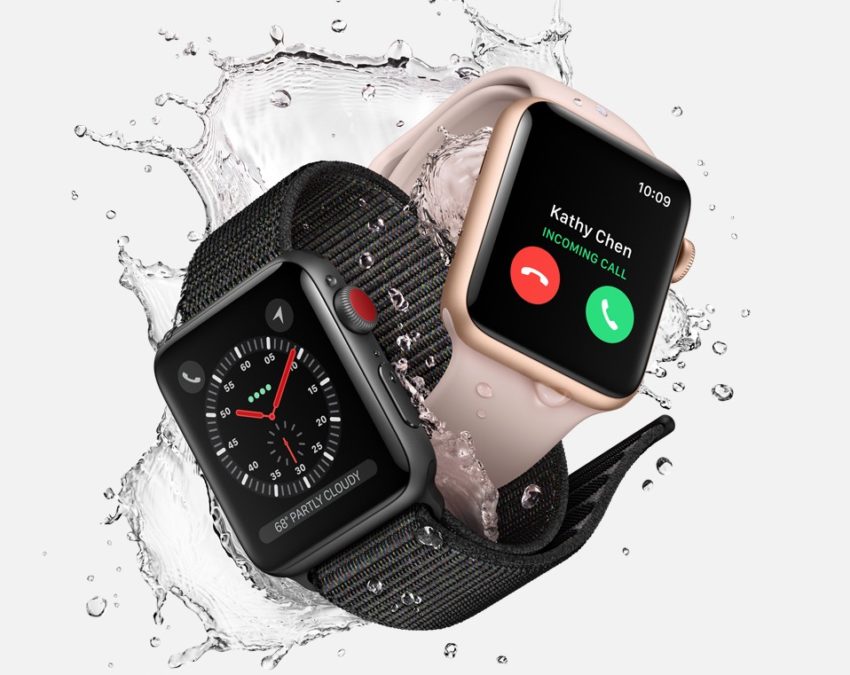 The aluminum models start at $329 and range up to $429. The cheapest version has a smaller (38mm watch face). The $429 version has cellular connectivity, a bigger watch face (42mm) and can fit bigger wrists.  The aluminum models are available in silver, space gray and gold. All three of the aluminum colors have a slightly matte surface, just like the back of most iPhones, including the new iPhone 8. Aluminum is obviously much softer than stainless steel, which means the cheaper Apple Watches are easier to dent than the more expensive models. On the plus side, they don’t get as many micro scratches as the glossy stainless steel watches. 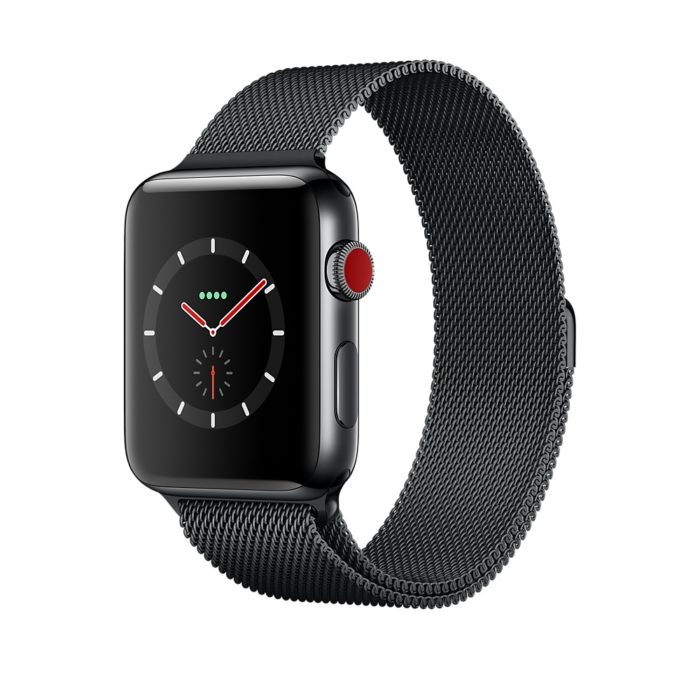 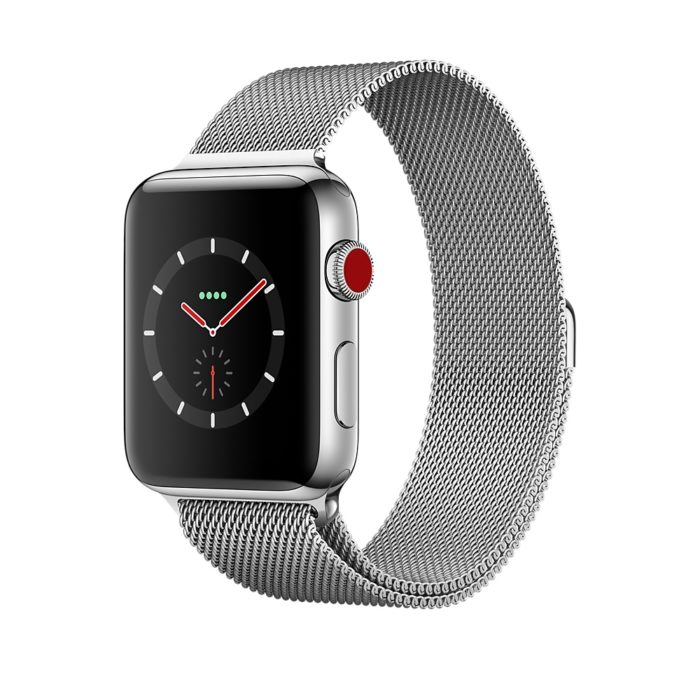 The Apple Watch Series 3 is Apple’s third iteration of the device and the first to feature cellular capabilities, which means you’ll be able to use it out of range of your iPhone. If you’re like most iPhone users, you probably have your iPhone in your pocket, in your hand, or within arm’s reach most of the day. For some, it can be hard to imaging why you would need a phone on your wrist, but there’s a lot more to it than being able to place calls on your Apple Watch. 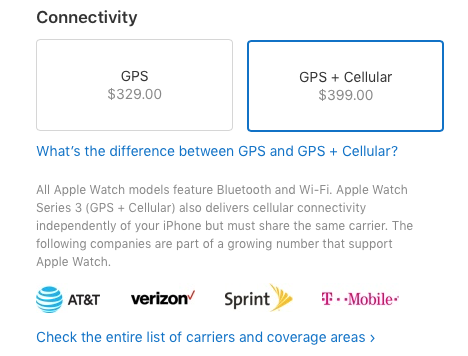 AT&T will allow Apple Watch Series 3 to use NumberSync, which means your watch will be able to place and receive calls from the same number as your iPhone. Above is a video that details the NumberSync service.

If you’re trying to justify the extra $70, plus wireless fees, it is probably easier to do so on the more expensive models. The $70 cellular option is bundled in the non-aluminum models as they aren’t available with GPS only. The data fees are the same regardless of which model you choose.

There are some people that should absolutely opt for the Apple Watch Series 3 with the cellular, even if doing so is a stretch financially. Anyone that’s elderly, has a serious illness, works in dangerous environments, or is otherwise vulnerable should spend the extra money to get the Apple Watch Series 3 with cellular service. That’s because it can serve as a lifeline to call 911 with just the press of the side button. It is much more common than you’d expect to be unable to call for help with an iPhone during an emergencies.  The last thing you want to do during an accident or injury is to have to search around for your phone and hold a phone while dealing with the emergency.

Apple’s video above includes one example of  someone who saved himself by placing a call with his Apple Watch. With an Apple Watch Series 3 with cellular connectivity, you don’t need to worry if your iPhone survives an accident or has a full charge. 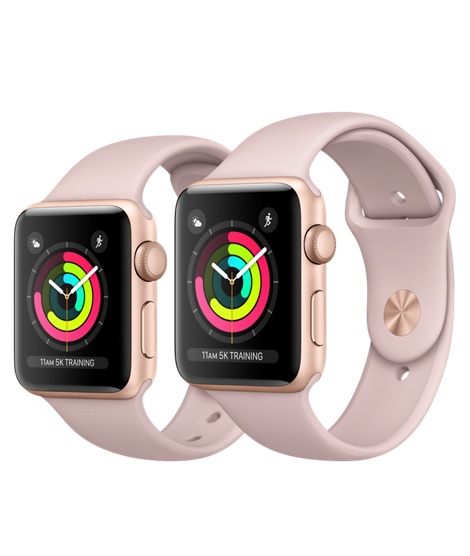 Don’t assume that the smaller model is meant for women and the larger one is meant for men. If at all possible, I recommend trying both models on before buying.  If that’s not possible, you can measure your wrist’s circumference using a string and tape measure or ruler.

The 38mm Apple Watch with the standard bands fit wrists that measure 130-200mm, while the 42mm Apple Watch fits wrists that measure 140mm to 210mm.  If your wrists are bigger than 210mm, you can track down bigger bands from Apple in a very limited variety of colors or buy a third-party bands. Apple will also sell you extra links for some of the bands that come with stainless steel models.

One thing to note about the 42mm display is that it has about 30% more pixels than the smaller 38mm model. That means it’s view text, images and apps on the display on the bigger model and it’s easier to tap small icons. I recommend getting one of the bigger Apple Watch Series 3 models if you have big fingers or have trouble tapping precisely. 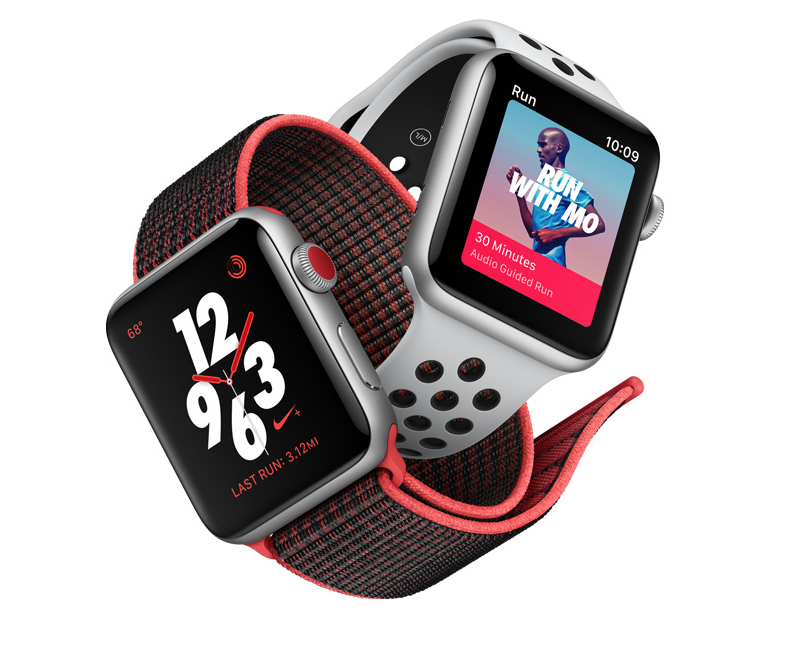 The Apple Watch Series 3 Nike+ models cost exactly the same as the basic aluminum Apple Watch Series 3. That’s because the Apple Watch Nike+ cases are identical to the non-Nike+ models. The only physical difference is that the Nike+ models have watch bands with an array of holes that help users’ wrist sweat evaporate a little easier. You can also opt for a Nike Sport Loop watch band which dries faster. The Nike+ models also come with exclusive watch faces that feature Nike+ Run Club stats. While these are nice touches, it really only makes sense to get the Nike+ version if you’re going to actually use Nike+ Run Club as your primary workout app. If you are already entrenched in Strava, Runkeeper or any other fitness app, then you should probably skip the Nike+ Apple Watch. 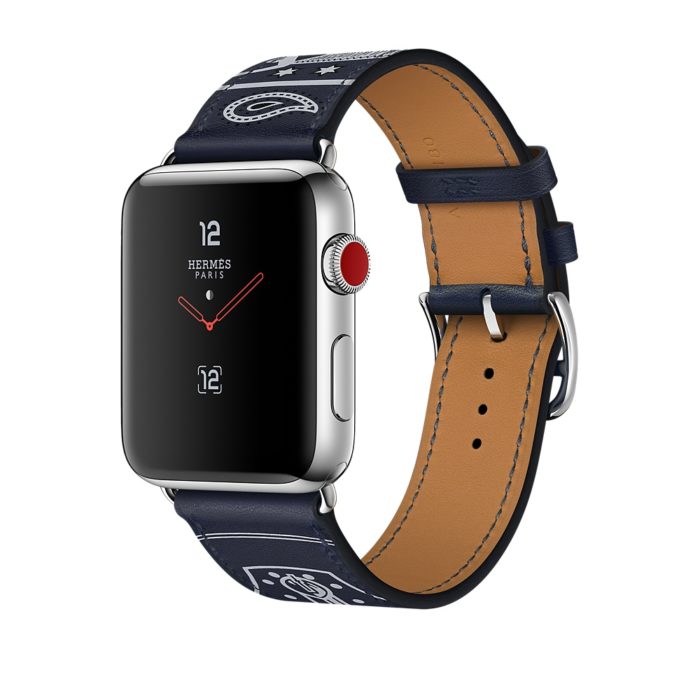 There are eight Apple Watch Series 3 models with Hermès bands. While Apple isn’t marketing these as gendered models, some models are clearly targeting men and others are targeting women.  All of them have stainless steel cases and range from $1,199 to $1,399, but some are only available in 38mm, while others are only available in 42mm.   All of the Hermès Apple Watches come with GPS + Cellular and leather bands. The Sy ingle Tour is the simplest version, featuring a simple leather band for $1,199. The Single Tour Eperon d’Or inspired by a Hermès scarf. 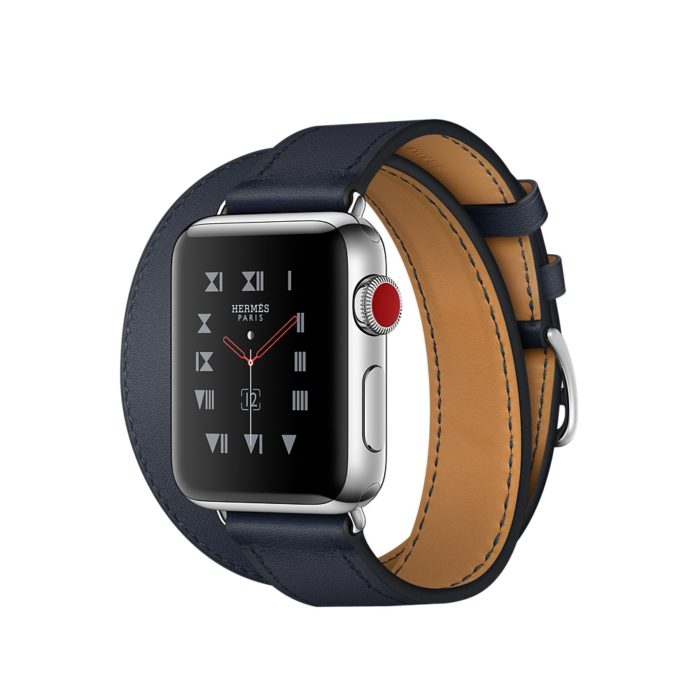 The Double Tour models have two leather bands and only come in 38mm. This model is $1,299. 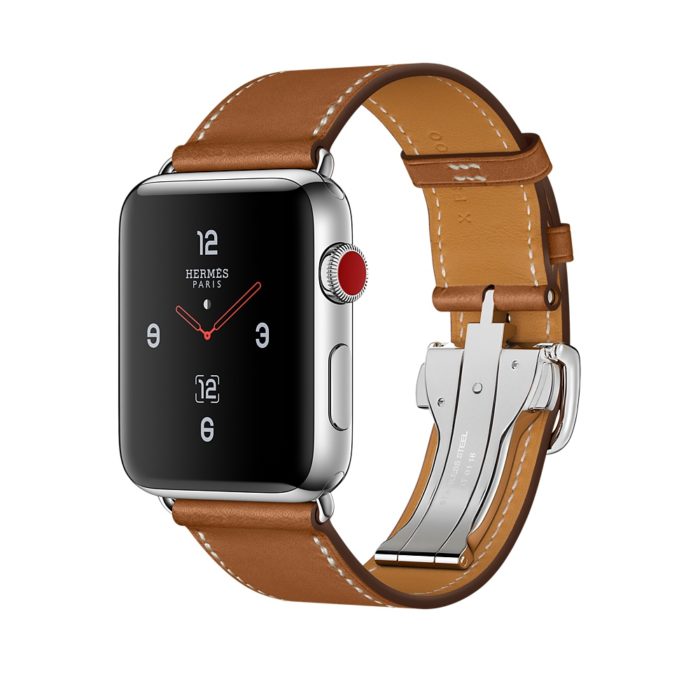 The most expensive Apple Watch is $1,399 and comes with a strap called the Single Tour Deployment Buckle. It is clearly a men’s watch and only available with a 42mm face. 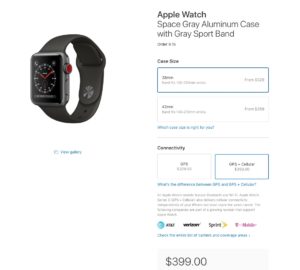 If you are well-groomed, fret over your accessories often, and don’t have to worry about the price difference, then by all means go for a stainless steel or ceramic Apple Watch. Just keep in mind that all of the Apple Watches can accept any other Apple Watch band. You can swap them around however you like if you end up buying next year’s model or if you want to buy a third-party band later.

I highly recommend buying the Apple Watch Series 3 with cellular connectivity if at all possible. You never know when being able to place a call could save your or a loved one’s life.

65 Exciting Things You Can Do With the Apple Watch
Related Topics:AppleApple WatchApple Watch Series 3Series 3