Is it still a good time to buy the Apple Watch 3?  Yes, so long as you’re fully aware of the Apple Watch 3’s capabilities and limitations.   Simply put the Apple Watch 3 offers most of the same core experience and functionality as the most expensive models, but without breaking the bank.

The Apple Watch 3 offers the best things the Apple Watch can do and its price is more in line with other iPhone accessories, like headphones. The Apple Watch 3 starts at $199 on Apple’s website, but it’s easy enough to find deals that bring the price down to $169 or lower. You can check the latest Apple Watch 3 deals at Amazon, Best Buy, and Verizon.

Below are the reasons why you should (or shouldn’t) buy the Apple Watch 3 in 2021, and why it will probably be a great device for the next couple of years: 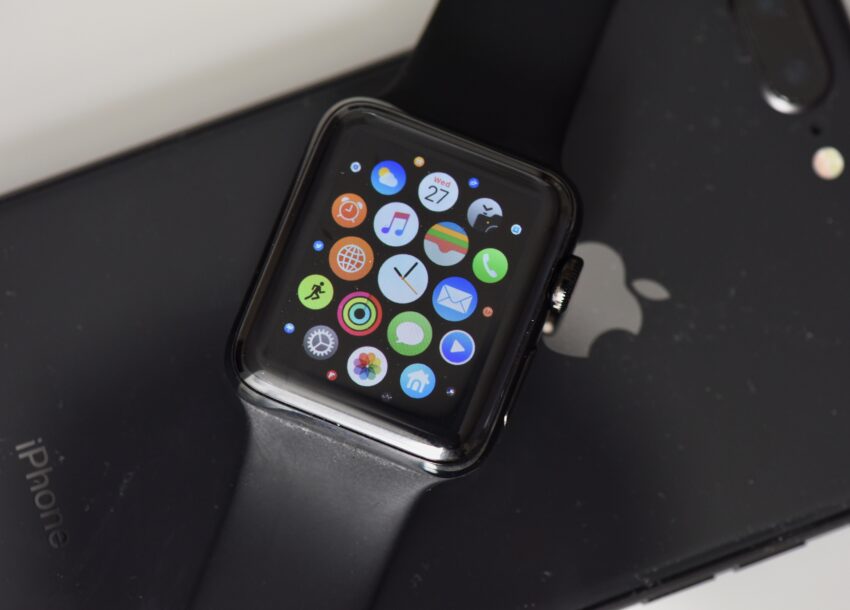 The Apple Watch 3 is still a good buy

At $199, the Apple Watch 3 is a great value when compared to the $279 Apple Watch SE and $399 Apple Watch 6. With the standard Apple Watch 3 GPS model, you don’t need to pay any additional carrier fees to use it in tandem with your iPhone. While Apple doesn’t sell the Apple Watch 3 with Cellular model directly from its stores or sites anymore, it can be found at other retailers and on Apple’s refurbished store. Adding the LTE model to most wireless plans costs only $10 or so, providing a cheap way to have a backup phone on your wrist.

It is easy to get roped into shopping for the latest and greatest Apple Watch, but before you splurge on the more expensive models you should really ask yourself why you’re buying an Apple Watch in the first place. If it’s because your doctor’s told you to increase your activity and want to just count steps, the Apple Watch 3 will serve just fine. If you’re a serious runner that’s training for a race, then you’ll likely be better off with the Apple Watch SE or Apple Watch 6.

For $199 you get an Apple Watch that packs in most of the features of the newer models and you save a ton of cash that you can use to pay for a new Apple Watch band or other Apple Watch accessories.

There are a few features on the newer Apple Watch models that are missing from the Apple Watch 3. The Apple Watch 3 does not have an Always On Display, Compass, ECG, Blood Oxygen detection, and Fall Detection. The new health features are essential for those with specific health concerns, but often go unused by younger and healthier Apple Watch users.

While it may be tempting to buy a watch older than the Apple Watch 3 used, refurbished, or from a third-party seller, we don’t recommend doing so because they can’t run WatchOS7. Keep in mind this is the underlying software that powers your Apple Watch and makes it work with your iPhone. While we certainly understand some users’ desires to save money, you’ll get much more out of your Apple Watch over the long haul if its compatible with Apple’s updates and your current or future Apple products.

Apple Watch 3 w/Cellular is an Option 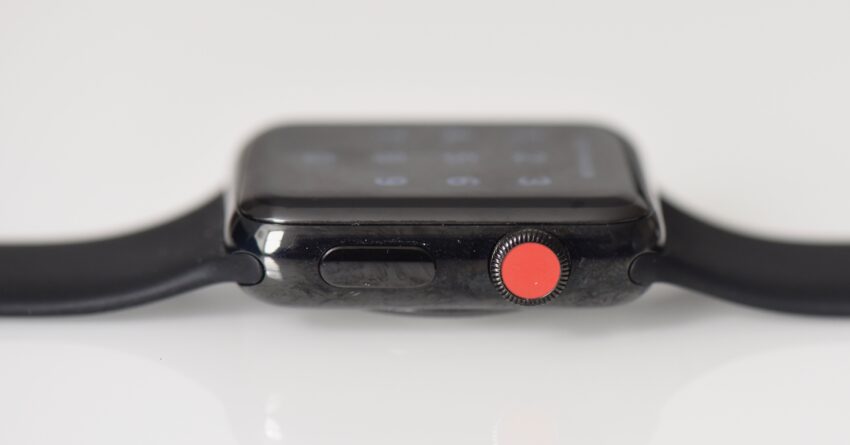 You can still get cellular to enjoy leaving your iPhone at home.

Using the Apple Watch 3’s cellular function costs $10 per month on most carriers.

Apple Watch 3 is a Swimproof Model

Even though this is an older model, you can still use it while swimming and not worry about water damage. When you start a swim workout the Apple Watch 3 locks the screen so that you can avoid accidental taps and then you can turn the digital crown to play a noise that expels any water from the watch. While the Series 2 also offers swim workouts and waterproof levels, it’s not as good of a value as the Series 3.

If you’re buying the Apple Watch for heart health or to give to someone who needs fall detection, you should look at newer Apple Watch deals on Amazon instead of buying a Series 3.

The Apple Watch 3 doesn’t support Fall Detection or the ECG feature that can help detect aFib. It does include a heart rate monitor, but you can’t take an ECG or turn on fall detection. It also does not include the new Blood Oxygen detection. 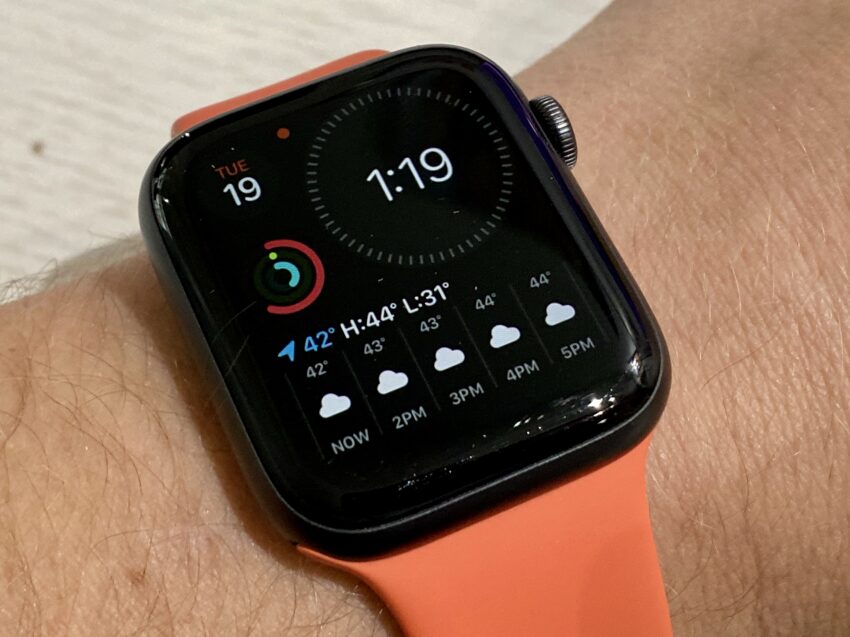 If you want a bigger or Always-On-Display, you should go with the Series 5.

The Series 5 and Series 6 also pack in an Always-on-Display so you can see the time and the complications without flicking or raising your wrist. It’s a cool feature and only on the Series 5 and Series 6, but only you can decide if it is worth paying nearly double the cost of the current Apple Watch 3 deals.

Family Setup is a new feature in WatchOS 7 that allows you to setup an Apple Watch for a family member that’s part of your iCloud Family Sharing. The most common reason to use Family Setup is for parents to setup Apple Watches for children who don’t have their own iPhones.

If you want your child to be able to use an Apple Watch without an iPhone, then you need to buy a newer model such as the Apple Watch SE.

If you plan on buying the Apple Watch Series 3 as a temporary solution and or aren’t sure if you’re going to use it, you should think twice. Trade-in services don’t offer very much for Apple Watch Series 3s already and prices will only get worse as Apple readies its next generation of smartwatches. 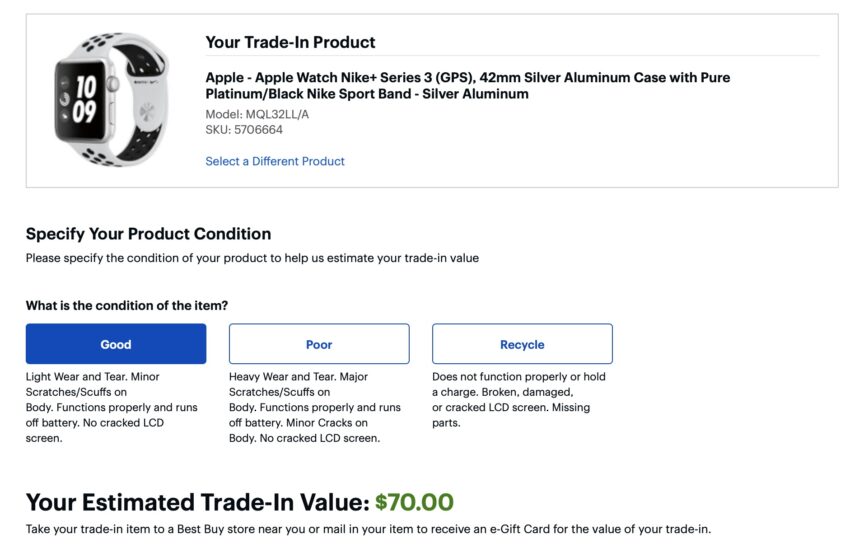 For example, the Apple Watch Series 3 model pictured above is only worth $70 in trade-in credit at Best Buy right now. That’s less than a third of its retail price and it’s worth even less if it’s not in good condition.

Apple Watches have terrible resale value compared to iPhones and iPads. By nature, Apple Watches are more ‘personal’ than other devices. Some people simply don’t like the idea of wearing something someone else has worn. There are a lot more choices involved when buying an Apple Watch  (color, size, watchband, cellular, edition, etc.) than when buying an iPhone or iPad, making it more difficult to match Apple Watch sellers with individual buyers.