The watchOS 4 release date is September 19th. This is when you will get the latest Apple Watch features on your wrist, without the need to buy the new Apple Watch 3.

Apple did not confirm the exact watchOS 4 release time, but it arrived at 1PM Eastern, 10 AM Pacific. You need to install the iOS 11 update on your iPhone before you are able to install this major watchOS 4 update. The iOS 11 release date is today at the same time. Be warned the watchOS 4.0 update takes a long time to finish. 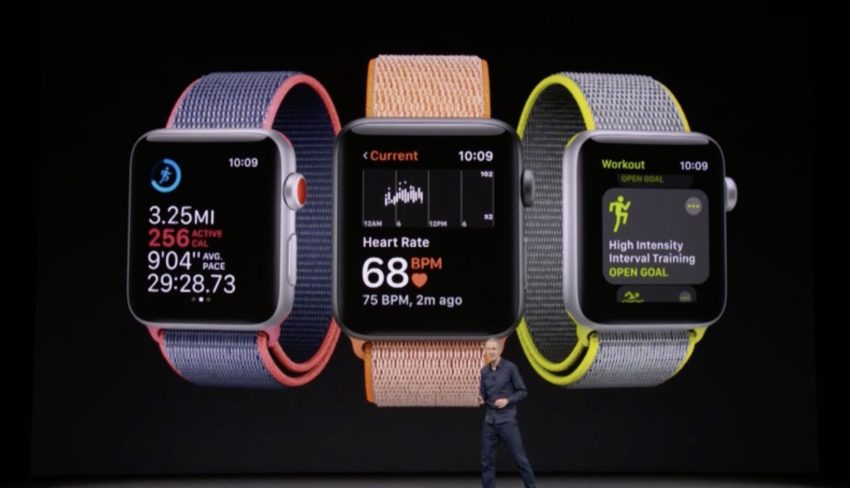 The new Apple Watch ships with watchOS 4.0, but you can install it on your watch next week.

At the event Apple also announced the Apple Watch Heart Study that is coming later this year, which will be able to help identify heart problems and alert Apple Watch users if they are suffering from an irregular heartbeat. The new watchOS 4 update includes additional features to help track recovery and other important features for working out.

Here are the biggest Apple watchOS 4 features that you will get on your Apple Watch after you install this update.

You can check out these Apple watchOS 4 update features in more detail in this roundup detailing the new features that Apple announced earlier this year. You can also check out the slides below to see what the Apple Watch can do so that you make the most of your watch.

65 Exciting Things You Can Do With the Apple Watch
Related Topics:AppleApple WatchTechnologyWatchOSwatchOS 4