There are a number of watchOS 6.1,1 problems and issues even with this update that brings fixes to the Apple Watch. Apple brought watchOS 6 to the Series 1 and Series 2 for the first time with the watchOS 6.1 update, making this the first bug fix update for these models so they will be dealing with these problems for the first time.

Even with several small fixes and this major update, there are still some frustrating problems and issues that you will need to deal with on watchOS 6.1.1. We’re hearing about some watchOS 6.1.1 bugs and problems during the update and after installing the update.

This look at watchOS 6.1.1 problems focus on the current issues and what we know about errors. When possible we’ll show you how to fix watchOS 6 problems and what to do if you have an issue that isn’t fixed yet. We’ll let you know what is happening with new watchOS updates and important information about a watchOS 6 downgrade.

After a few days, we are starting to learn about watchOS 6.1.1 bugs, issues and performance complaints from users. Some of these are minor, while others are definitely more frustrating to deal with. 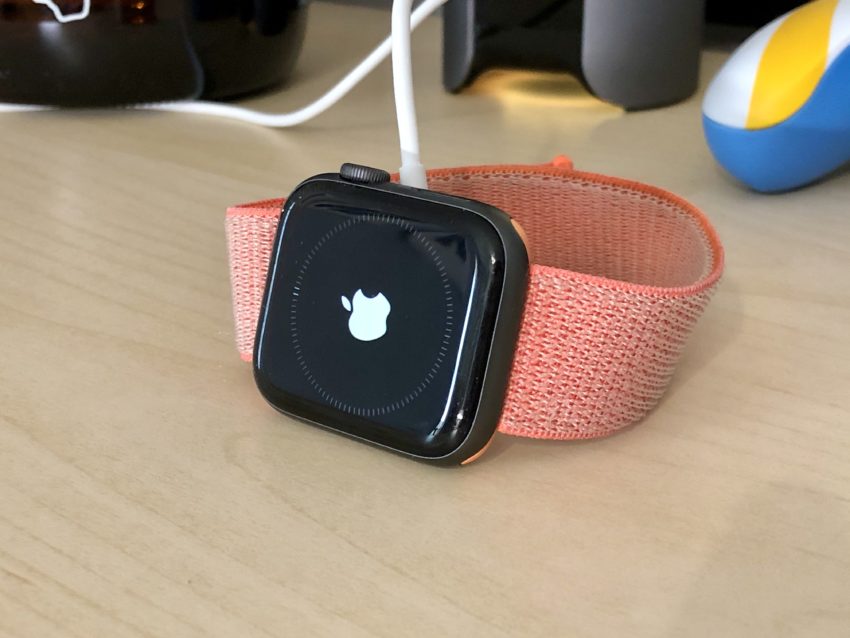 What you need to know about watchOS 6 problems.

There aren’t any major watchOS 6.1.1 issues, but there are some reports of problems with the Series 1 when upgrading from watchOS 5 and typical slow download complaints when coming from an old version of watchOS. We aren’t seeing super-long watchOS 6 installation times, but this could change during the week after Christmas.

If you see a red exclamation point on your Apple Watch, you aren’t alone. Thankfully you may be able to fix this by holding the side button and digital crown for 10 seconds to reboot the watch. We’re seeing a few reports of bad Apple Watch performance or battery life on watchOS 6. In some cases, this will fix itself after a restart or after a day.

If you are already running watchOS 6, or if you are doing your research, you can read up on feedback and the experiences of other users. This will help you find specific issues that are linked to apps you use or the features you love.

We recommend checking out the Apple discussion forums, Twitter and YouTube to learn what other users are experiencing with watchOS 6.1.1.

If you run into a major problem on your Apple Watch after installing watchOS 6.1.1 you may need to go to Apple for help, but you can fix many of these issues on your own. Before you take time out of your day to call Apple or go to a store, you can try some of these options. Here’s our guide to fix watchOS 6.1.1 problems.

Restart your Apple Watch to fix performance and battery life problems. You can press and hold the side button and digital crown to force a restart or you can hold the side button until Power Off appears and then slide to turn your watch off. The force restart can help you fix a red exclamation mark on your Apple Watch after updating to watchOS 6.1.1.

Use our Apple Watch problem fixes or look on the Apple discussion forums and reach out to Apple Support on Twitter.

Can You Downgrade from watchOS 6.1.1?

If you don’t like watchOS 6.1.1, you cannot downgrade to watchOS 5 or watchOS 6. Apple simply does not offer this as an option for the Apple Watch. Once you install this update, your on it until Apple delivers a newer version of watchOS 6.

You can go to an Apple Store if your watch is completely broken on watchOS 6.1.1, but they will replace it if the device is under warranty, not help you downgrade to watchOS 5.

What’s next for watchOS 6?

We’ll update this post when we have more information about upcoming watchOS 6 updates.