Bethesda’s pushed a brand new Skyrim Special Edition update to the Xbox One, PS4, and Windows PC and the new patch brings new content to the growing Creation Club.

The June Skyrim Special Edition update is a pretty sizable release and it brings the Creation Club content Bethesda promised to those still playing the game.

With all of that in mind here’s everything you need to know about the Skyrim Special Edition 1.5.79 update.

Like the previous patch, the Skyrim Special Edition 1.5.79 update requires a pretty sizable chunk of space on your storage. If you’re playing the game on an Xbox One you’re facing a 2GB download. The download size is around the same for those of you playing on PS4.

If you haven’t played the game in awhile you’ll see a much larger download because you’ll be forced to download the changes from the updates you skipped.

If you’re tired of deleting games or game clips when you need to install updates, take a look at the best Xbox One hard drives and PS4 hard drives. 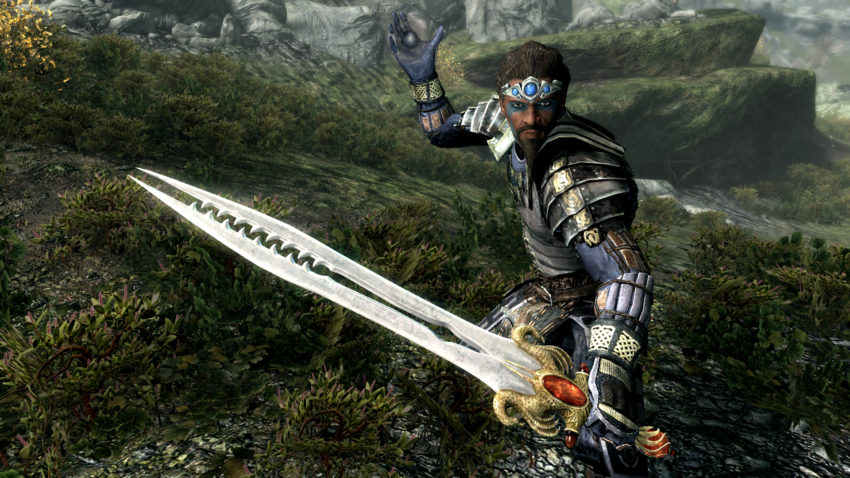 An exotic sword rumored to have come from Akavir. It is a singular weapon, but one that transforms with the rising or setting of the sun. Each form has its own unique enchantments, and both can be empowered by killing enough to excite the weapon. This only lasts until its next transformation, at which point the killing must begin anew.

Retrieving this weapon will require completing a small dungeon. Completing this will unlock a miscellaneous objective to uncover a second Akaviri blade in the same style, but with a separate enchantment. 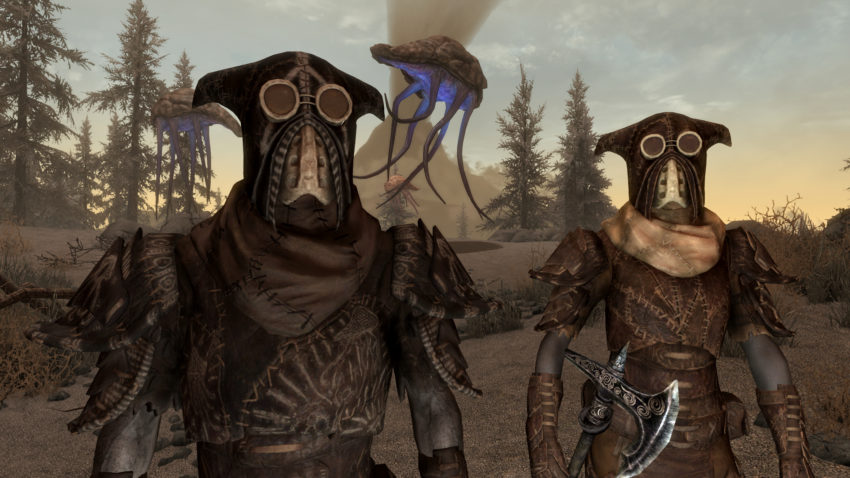 A classic armor from Morrowind, and one with multiple variants. This includes a boiled netch leather helmet and cuirass, and a darker “shadowed” version of both the normal and boiled pieces.

Please note, the base netch leather helmet lacks a mask for male characters to avoid clipping with beards. The boiled version will fully cover the faces of all characters, regardless of race or sex.

To learn how to craft this armor you must complete a short quest, which will also reward you with a special set of painted armor. An additional quest will allow you to uncover an equally classic enchanted set of these boots. 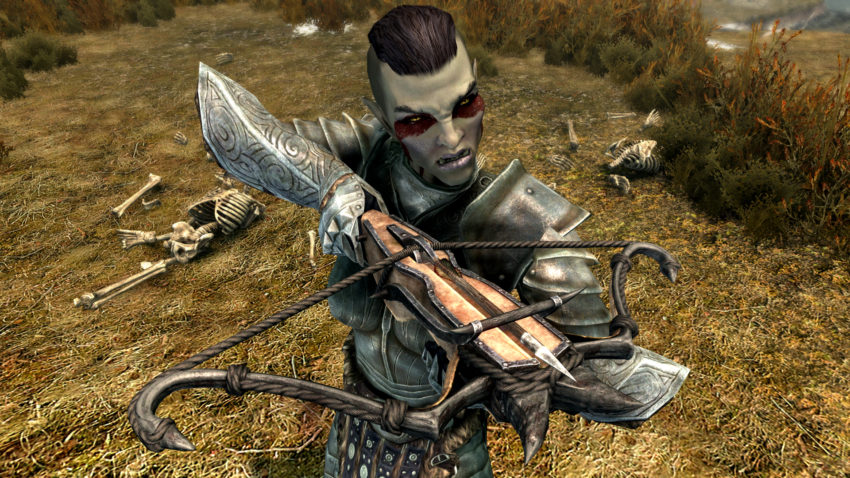 Each one can be purchased from the fletcher in Solitude. They can all be crafted after learning how to make crossbows from the Dawnguard, and you learn how to craft any one you purchase. In either case, you will also need the appropriate material perks unlocked in the smithing tree. 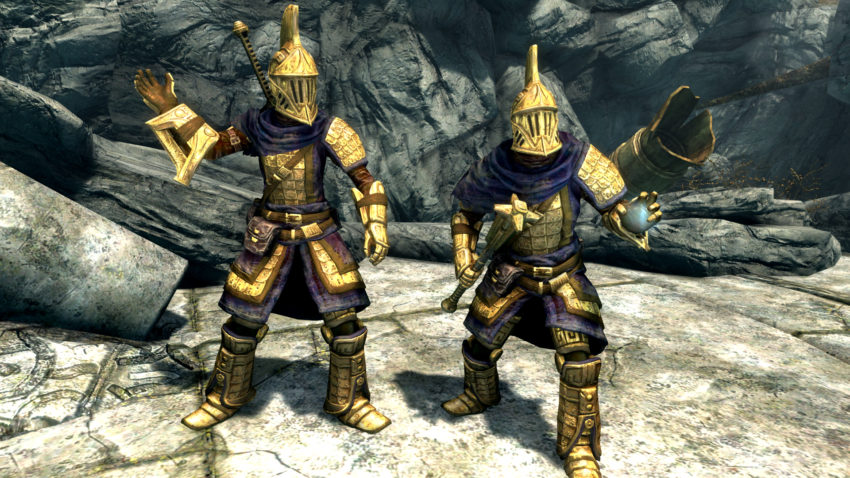 New versions of existing armor types, to add some variety to the game. Each one is being released individually.

Sets vary between three and four pieces, as demonstrated in the screenshots below.

These armors are initially obtained from a small quest. Upon completion the armor will begin showing up on enemies, and can be crafted (assuming you have the requisite perk). These quests are initially added in the miscellaneous category.

There are also some limited time Creation Club deals on the marketplace that are worth a look if you want to some additional content. 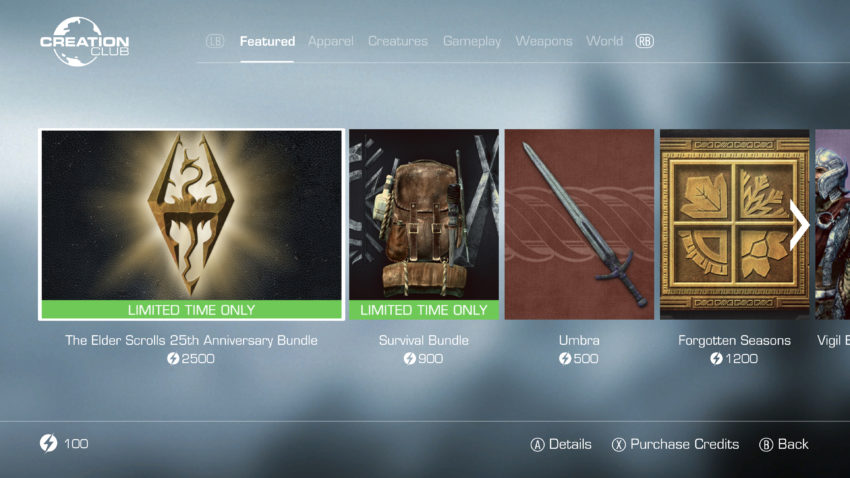 For a limited time you can snag The Elder Scrolls 25th Anniversary Bundle for 2500 credits. Note that the price doesn’t change if you already own some of the items in the bundle.

You can still get the Dwarven Armored Mudcrab, usually 50 credits, for free.

The Skyrim 1.5.79 update also fixes specular lighting on skin. That’s the only known bug fix on board.

There’s a chance the patch brings some new problems to the game. New versions almost always bring their own set of bugs and performance issues.

If you run into an issue with the latest version of the game you’ll want to take a look at our list of fixes for common Skyrim Special Edition problems.