Bethesda’s rolled out a brand new Skyrim Special Edition patch and our walkthrough will take you through the most important things to know about the new Skyrim 1.5.16 update for PlayStation 4, Xbox One, and PC.

The latest update, the 1.5.16 update, doesn’t come with any new content, but it does bring fixes for lingering Skyrim Special Edition problems which include issues with the Creation Club platform.

If you haven’t fired up Skyrim Special Edition in a few months, you might need to clean up your hard drive before starting the game.

Bethesda’s controversial Creation Club store was first announced back in June and it delivers new high quality content from Bethesda and outside developer partners. 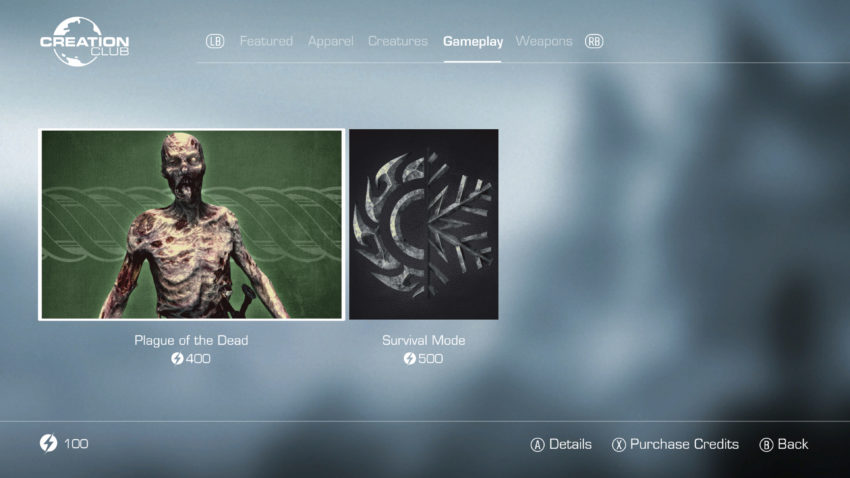 The latest Skyrim patch doesn’t have any new Creation Club content on board.

The Skyrim Creation Club store remains the same after the latest patch which means the list of content still looks like this for Xbox One, PS4 and Windows PC users:

The latest patch doesn’t bring anything new to the table, but we Bethesda and its partners to deliver brand new content well into 2018.

The Skyrim Special Edition 1.5.16 patch for Xbox One, PS4, and Windows PC is focused on bugs.

Bethesda’s new patch includes a fix for the rate of critters respawning in world, a fix for a crash related to changing profiles (Xbox One only), a fix for issues with screenshots displaying incorrectly in Creation Club/Mods, and minor bug fixes to Bethesda.net.

It also includes a revised Message of the Day heading and Bethesda says its changed logic for how Creation Club content is initialized.

The 1.5.16 patch fixes issues, but there are still problems plaguing the base game and its DLC expansions. Some users are also reporting issues with the Skyrim Script Extender.