Bethesda’s released another Skyrim Special Edition patch for the Xbox One, PS4, and Windows PC and the October patch should deliver a new round of Creation Club content.

In late August Bethesda finally rolled out a brand new Skyrim Special Edition update with brand new Creation Club content on board. It was the game’s first patch since April.

While the company’s attention is firmly on the upcoming Fallout 76 launch, it has found time to roll out another version of the game and it looks like it might deliver content that was originally planned for the August update.

Bethesda hasn’t posted the official change log for its new Skyrim Special Edition 1.5.53 patch, but here’s what you should know about the game’s October patch.

Bethesda’s October Skyrim Special Edition update is known as 1.5.53 for the Xbox One. A small version change from August update which was known as version 1.5.50.

If you’re playing Skyrim SE on the PlayStation 4 you’re going to see a different version number. The update’s contents are the same though.

The October patch is smaller than some of Bethesda’s earlier updates, but it still requires quite a bit of space on your console’s hard drive.

The download for the Xbox One X is around 1.3GB and you should expect a similar download size if you’re playing the game on Sony’s PS4.

If you haven’t played Skyrim SE in a while you might see a larger download size. This is because you’ll need to download any patches you skipped including last month’s update.

If you don’t have a ton of free space on your hard drive and you want to play the game online, you’ll need to make room for the October patch.

The 1.1.53 patch is a mandatory download for all Skyrim Special Edition players, not just those who want to use content from the Creation Club marketplace.

If you do want to skip the download, you can put your console into offline mode and play Skyrim Special Edition offline.

Bethesda hasn’t released the 1.5.53 update’s official change log yet and history is any indication, we probably won’t get one.

As of right now it looks like the update is going to deliver a fresh batch of Creation Club content for all three platforms including one creation (Wild Horses) that was originally included in Bethesda’s plans for August.

Despite being raised by necromancers, a Bone Wolf’s true loyalty is earned through actions rather than magic. A faithful companion with a bone to pick, this skeletal pet will reward your friendship by carrying items and boosting your damage against the undead. 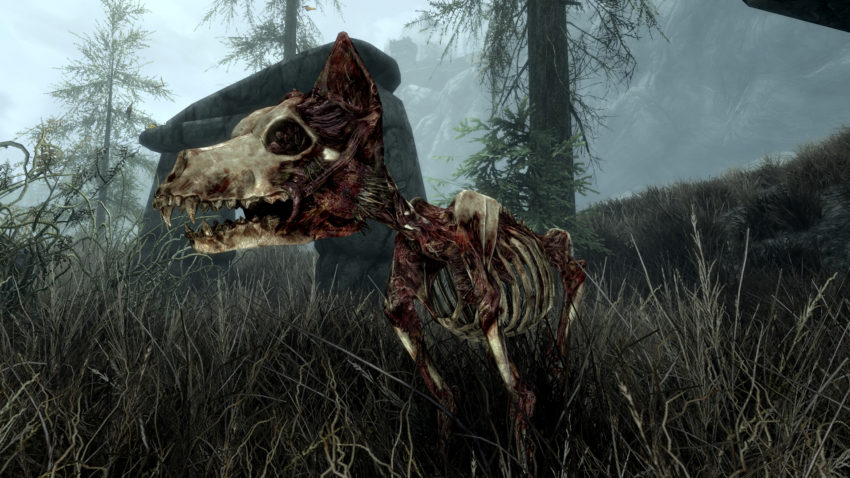 It’s said the wizard Hasedoki traveled all of Tamriel in search of his equal, before binding his soul to a staff. Through the years this mysterious weapon has changed many hands, as if warding off anyone who isn’t worthy enough to claim it. Now, it’s your turn. 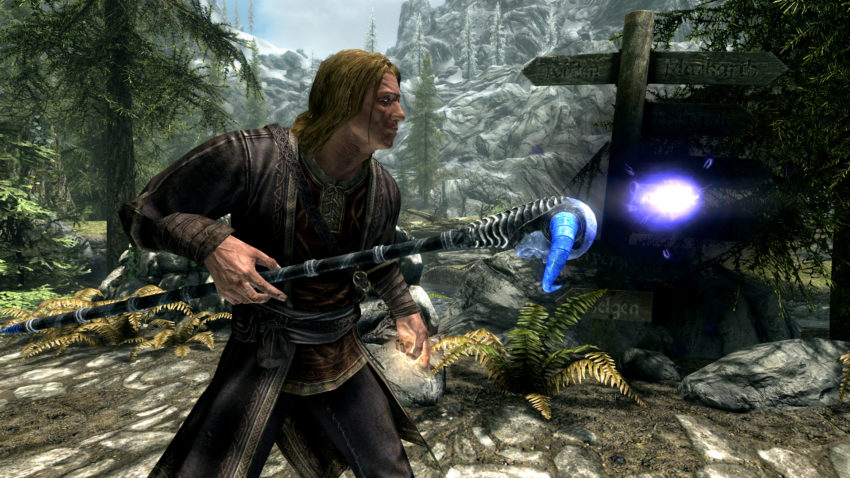 The horses of Skyrim are hardy and strong, and taming them requires grit and patience. Use a hostler’s map to find these animals in the wild and mount them, and try not to get bucked! Once tamed, you can register them at the nearest stable and customize their saddles, as well as the saddles of any other horse you own. You may even find the rare unicorn brought back from dead, to right a wrong of the past. 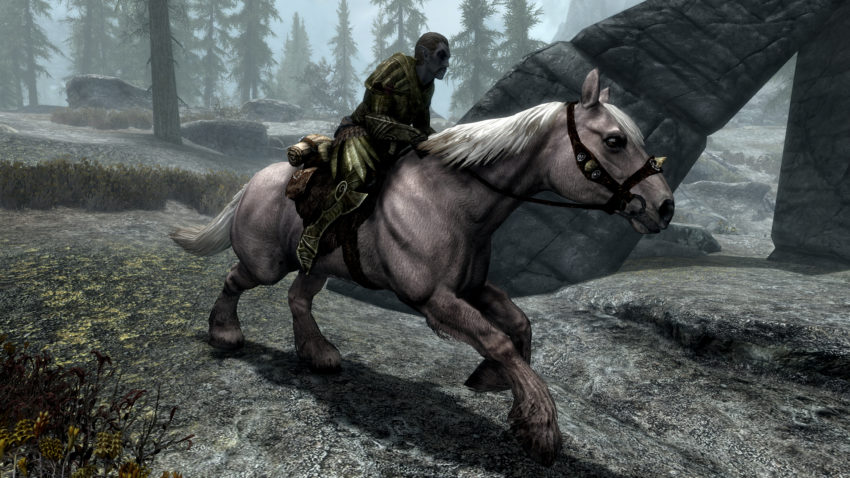 They haven’t appeared on the Creation Club marketplace so we don’t know how much each item will cost just yet. Sometimes it can take a day for Creation Club content to go live so keep an eye out this week.

Bethesda’s offering some limited time Creation Club deals that are worth a look if want to spice up your game moving forward. 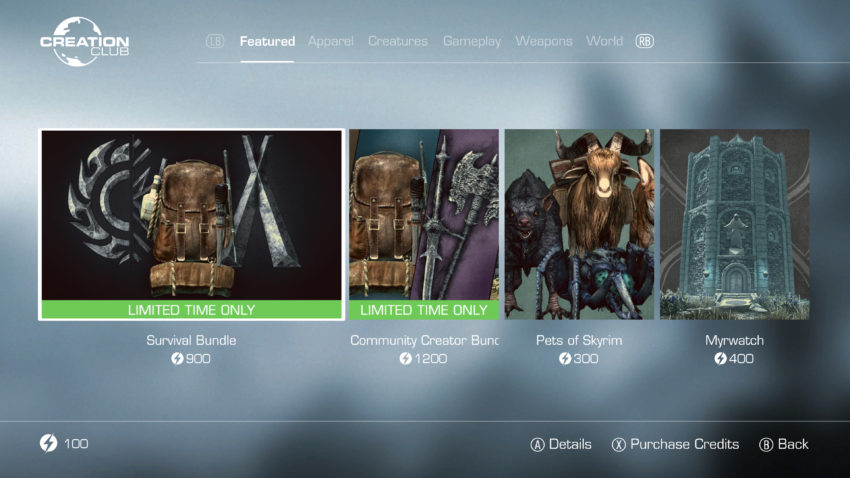 We don’t have an official change log which means it’s difficult say if the 1.5.53 update fixes any of the lingering bugs plaguing the game on Xbox One, PS4, or Windows PC.

New updates often deliver unlisted bug fixes, but there’s always a chance the update brings its own collection of bugs and performance issues.

We don’t know when Bethesda will roll out the next Skyrim Special Edition update which means those dealing with problems are on their own. Bethesda’s updates have been sporadic and it could be weeks before a new update rolls out.

If you’re running into problems with the latest version of the game please take a look at our list of fixes for common Skyrim Special Edition problems.