Bethesda’s finally released a brand new Skyrim Special Edition update and it brings bug fixes and new Creation Club content to the game on Xbox One, PlayStation 4, and Windows PC.

In addition to today’s Fallout 4 update, Bethesda’s released a new Skyrim Special Edition 1.5.39 update, known as 1.10 on the PlayStation 4.

The developer’s new patch is focused on fixing bugs, but it also brings some new additions to the game’s Creation Club content marketplace.

This walkthrough will take you through everything you need to know, right now, about the latest Skyrim Special Edition update for Xbox One, PlayStation 4, and Windows PCs.

Assuming you’ve downloaded all previous patches, you’re looking at a 1GB download. The exact size will vary based on your platform and region.

It took us about seven minutes to download the Xbox One X’s Skyrim Special Edition 1.5.39 patch over a high-speed Wi-Fi network.

If you don’t have a ton on space available on your hard drive, you might need to clear out some space to make room for the update.

If your wireless connection can be slow, it might be a good idea to plug an ethernet cord directly into your console to speed up the download.

Bethesda’s added new content to the Creation Club including a movable campsite called Camping (300 credits), an Adventurer’s Backpack (400 credits), and a Nix-Hound (200 Credits). The Nix-Hound is a companion that can carry items and find ingredients. 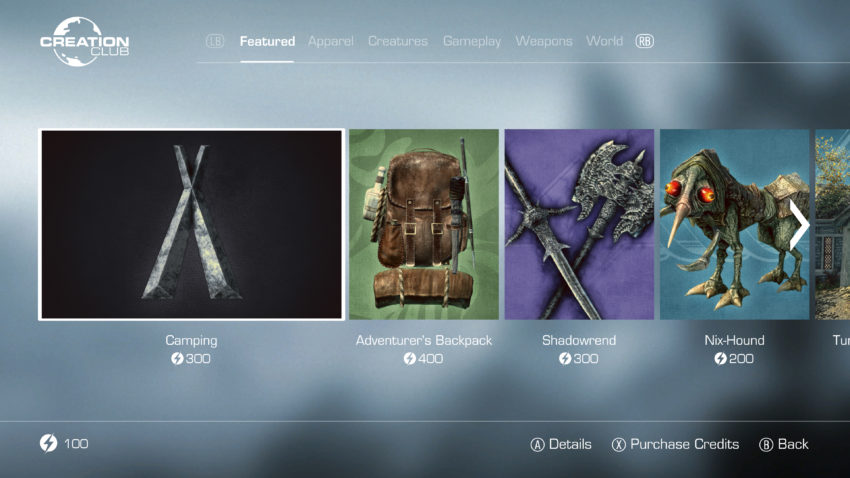 The latest Skyrim Special Edition update also brings along some deals on past Creation Club content. 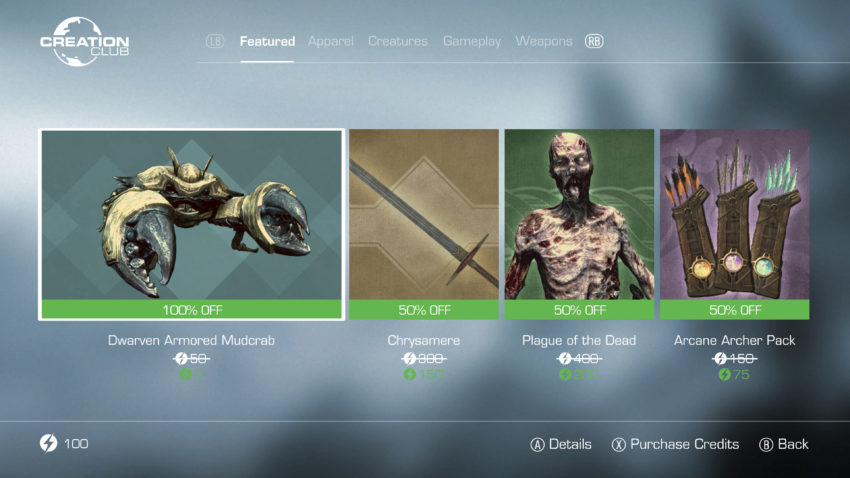 If you’ve been looking to snag additional content, you can get the Dwarven Armored Mudcrab for free (normally 50 credits), the Chrysamere for 150 credits, Plague of the Dead for 200 credits, and the Arcane Archer Pack for 75 credits.

The Skyrim Special Edition 1.5.39 patch comes with several other changes including support for additional player homes and a trio of bug fixes.

Bug fixes on board the latest patch include wolves regaining the ability to howl, minor fixes for Bethesda.net, and updated script functions for new Creations.

We’re also starting to hear about problems with the latest patch. Some of these issues are new and some have carried over from the previous version of Skyrim Special Edition.

We don’t know when the next Skyrim Special Edition update will roll out. Bethesda’s updates have been extremely sporadic so you could be on your own for several weeks.